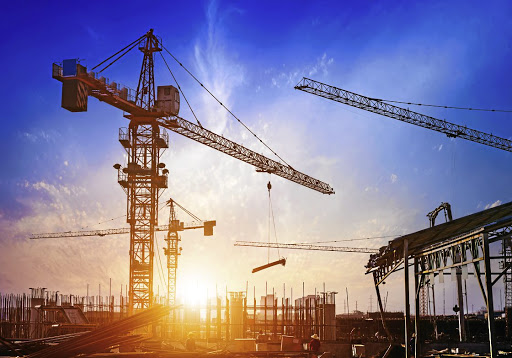 Drastic actions by companies trying to operate in crumbling municipalities that cannot provide basic services raise fears that the private sector-led investment spending needed to revive the economy might not materialise.

Moves by companies to force the government to intervene in dysfunctional municipalities, and companies’ agonising decisions to pack up and move from those municipalities, indicate their level of desperation and the extremes they will resort to in what has become an untenable situation. Any resulting decisions to redirect future investment elsewhere could have dire consequences for the economy and crush any hope of a sustainable recovery.

That the state has been unable to provide basic services such as electricity and water, particularly over the past year, when the economy was literally at a standstill and demand was far from onerous, points to the extent and seriousness of the problem at hand. The precarious financial position of municipalities has been worsened by reduced revenue as the economic pressures of the lockdown hit ratepayers. But this only partly explains their inability to provide services such as reliable water and electricity supply, sewerage, refuse removal and road maintenance. Corruption, wasteful and irregular expenditure, lack of leadership and skills and politically motivated decisions continue to undermine the proper functioning of organs of state.

The resulting deterioration of infrastructure and services has presaged moves by companies such as Clover, which moved its factory from Lichtenburg in the North West and Astral, which won a court order compelling the government to intervene in the Lekwa Municipality in Standerton. Other companies that can afford to are sure to follow. Small companies may have little option but to close.

The government’s decision to lift the cap on self-generated power to 100MW could not have come at a better time as it opens the door for companies to continue on their quest to become self-reliant, albeit at a huge cost. However, the government’s decision can also be viewed in this context as an acceptance of its own inability to up its game, even when the stakes are so high, and a sign that companies should not expect the government, provinces and municipalities to rise to the occasion in the foreseeable future.

Companies should continue to expect to face the challenges of crumbling infrastructure and the increasing prospect of having to fix it themselves, where they are allowed to, and at their own additional cost, which is one in a string of reasons why it is becoming difficult and costly to run a business in SA and why decisions not to allocate additional capex and investment become more and more obvious.

This has wide-ranging repercussions, not only for big investment decisions but also for surrounding economies and communities. Companies operating factories and mines are often the only supporters of local economies and the only big providers of jobs in those areas. When they leave, entire towns die, as Lichtenburg may be about to find out.

However, SA is being provided with an exciting window of opportunity right now, one not seen in this economy for years, to exploit the commodity cycle and the global and local economic recovery. Asset managers are for the first time in recent memory increasing asset allocation to local companies whose earnings are finally showing signs of life and whose valuations look far more attractive than global peers. This is an important moment for SA to build on the recovery momentum and for its companies to resume investment and grow.

SA has no problem squandering these kinds of chances. The government has shown time and time again that it is not responsive and proactive and is unlikely to do anything extraordinary to provide an enabling environment. Giving companies permission to do it themselves has, however, been a small step forward.

Given the country’s precarious economic and fiscal position, circumstances have conflated to provide a small but significant opportunity that should not be dissipated by billion-rand investments being cancelled because there is no running tap.

Getting the basics right to reliably provide basic services can at this point do more to fix the economy than empty promises of the next industrial revolution.

Platforms from online food delivery to classifieds delivered a 54% revenue jump, almost twice as much as that of Tencent
Opinion
11 months ago

Thousands of jobs will be created, billions in taxes will flow to the Treasury and the fuel import bill will be slashed
Opinion
11 months ago