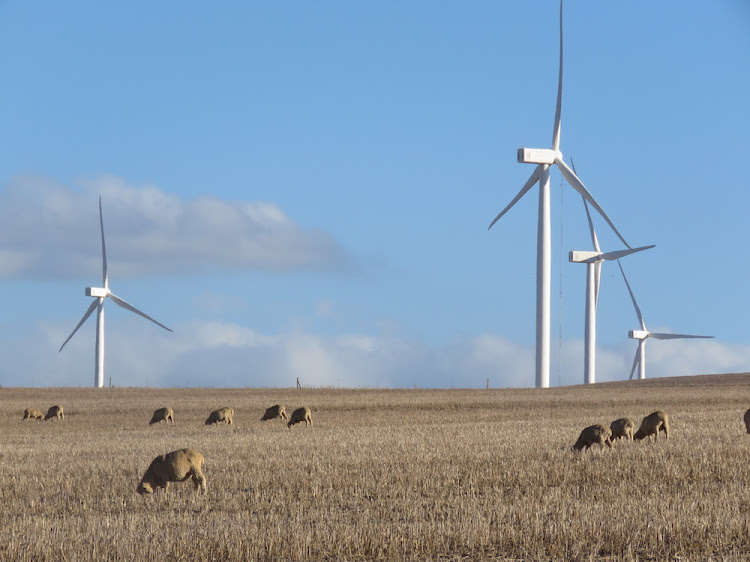 The commission’s recommendations are mostly already known. At its meeting two weeks ago, which was open for streaming for the public, the commission evaluated the draft proposal developed by the department of forestry, fisheries & the environment and decided that it was not ambitious enough.

While the government proposed achieving a target range of 398-450 megatons of carbon dioxide equivalent emissions by 2030 —not really a stretch for SA — the commission will recommend adjusting the range to 350-420 megatons. This is a modest reduction of 6.6% on the new upper limit.

The rationale for this small adjustment was not so much the environmental concerns — SA is the world’s 12th-biggest emitter and has per capital emissions that are higher than China or India — but that this would be a comfortable level to which the economy could adapt without negative consequences.

So to reach the new targets will not be much of a stretch. But it will entail a faster timetable for the decommissioning of Eskom’s coal power stations than set out in the Integrated Resource Plan. There are lots of incentives to do this. Apart from the greenhouse gases emitted and the impact on human health of the poor air quality on the eastern highveld, faster commissioning will open the door to the concessional green financing that both the government and Eskom have had their eye on for some time.

But there are large problems — beside the obvious health and environmental ones — with adopting NDCs that are so singularly unambitious.

The first is a moral one. As such a large emitter, is SA doing its fair share to curb global warming? The objective of the Paris Agreement is to keep the global rise in temperature to 1.5°C. This means that by 2050 the world must be net zero carbon emissions.

Modelling work by the Climate Equity Reference Project, which was commissioned by the Centre for Environmental Rights, found that anything in the range of 400 megatons of carbon dioxide equivalent was nowhere near SA’s fair share. A range of 286 to 360 would be more where SA should be.

The second problem is the risk of moving too slowly. While SA might decide that a gradual change is better for the country —NDCs are self-imposed — the rest of the world is moving much faster to decarbonise. Governments are under pressure from citizens and the courts, and corporations are under pressure from shareholders and the courts. More and more firms are being propelled into ambitious decarbonising timetables to meet the net zero commitment and must switch to renewable energy. Technology is changing. The risk of moving too slowly is that SA is left behind with outdated technology.

Maintaining a high-carbon economy out of step with competitors and trading partners will lead to economic punishment. The EU, for instance, is already talking about a carbon tax border adjustment mechanism, which would add a carbon price into goods imported into the EU. A new study by Standard Chartered found that multinational companies plan to cut suppliers that fail to curb carbon emissions. For SA companies, says the study, this could mean a loss of export revenue of $33.7bn.

The value of companies and investments could be affected if SA fails to decarbonise faster as investors move away from carbon-intensive stocks, investment banker JPMorgan has warned. Consultancy Intellidex recently warned about the risk posed to SA government bonds, which on a global scale “stick out like a sore thumb” for their embedded carbon intensity.

Far away from the conditionality of structural adjustment programmes, Africa can only benefit from having diverse sources of funding
Opinion
1 year ago

You can sneer at Magda Wierzycka calling ESG ‘largely meaningless’, but she has a point
Opinion
1 year ago

The global outlook isn’t something that will hold  SA back, with key partners from the US and UK to mainland Europe said to be on the cusp of a ...
Opinion
1 year ago
Next Article