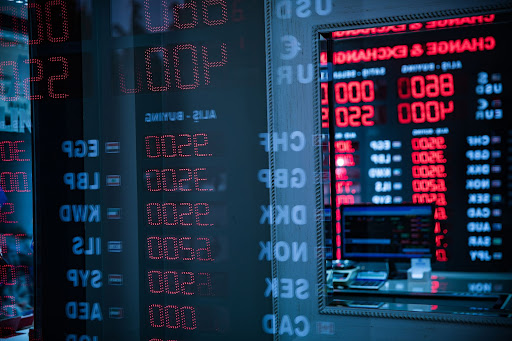 US Treasury again stopped short of labeling any foreign economies as manipulators of their exchange rates. Picture: BLOOMBERG

The US Treasury again stopped short of labelling any foreign economies as manipulators of their exchange rates, while continuing to say that Taiwan and Vietnam met all three criteria for the designation.

Switzerland dropped off the list, last published in April, of countries exceeding the three thresholds, with officials saying it violated two of the criteria while narrowly missing a third.

The Treasury has had “enhanced engagement” with all three of the countries, the department said Friday in a statement accompanying its semi-annual report to Congress on macroeconomic and foreign exchange policies of major US trading partners

“Treasury is working relentlessly to promote a stronger and more balanced global recovery that benefits American workers, including through close engagement with major economies on currency-related issues,” Treasury secretary Janet Yellen said in a statement that accompanied the report.

The Treasury said it was “satisfied with progress made by Vietnam to date” on addressing exchange-rate issues.

As in April, the Treasury concluded there was “insufficient evidence” to designate Switzerland, Taiwan and Vietnam as manipulators of their currencies, even while saying that two had met thresholds for that label.

On China, the report said the country’s “failure to publish foreign exchange intervention data and broader lack of transparency around key features of its exchange rate mechanism make it an outlier among major economies.” The Treasury also said it will closely monitor the foreign-exchange activities of China’s state-owned banks.

In its latest report, the Treasury made adjustments to its criteria for identifying policies that indicate potential currency manipulation.

Among the tweaks, the Treasury raised the threshold related to a country’s current-account surplus to 3% of GDP, from 2%, while lowering the bilateral trade surplus threshold to $15bn from $20bn.

Speaking on a call with reporters, a senior Treasury official said the current-account threshold was raised to help identify more precisely where unfair currency practices were emerging, as opposed to being triggered by conditions driven by economic circumstances.

Under President Joe Biden and Yellen, the Treasury has so far taken a less aggressive approach to the review than during the previous administration. During Donald Trump’s administration, the Treasury abruptly designated China a manipulator only to lift the label five months later to win concessions in a trade deal. The developments raised concerns that the report was being increasingly politicised.

The latest report assesses exchange rates and economic policies in the four quarters through June 2021.

A manipulator designation has no specific or immediate consequence, but the law requires the administration to engage with those trading partners to address the perceived exchange-rate imbalance. Penalties, including exclusion from US government contracts, could be applied after a year if the label remains.