Lael Brainard, who was the other top candidate for the job, nominated to be vice-chair 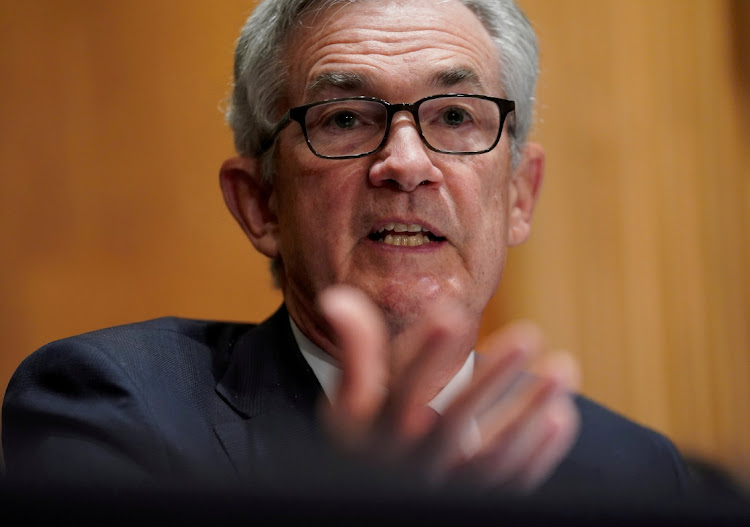 Washington  — US President Joe Biden on Monday nominated Federal Reserve chair Jerome Powell for a second four-year term, positioning the former investment banker to continue the most consequential revamp of monetary policy since the 1970s and finish guiding the economy out of the pandemic crisis.

Lael Brainard, the Federal Reserve board member who was the other top candidate for the job, will be vice-chair, the White House said.

Combined, the nominations pair two monetary policy veterans and collaborators on a recent overhaul of Fed policy, which shifted the emphasis to jobs from the pre-eminent focus on inflation established some four decades ago. Their challenge will be to keep US job growth under way while also ensuring recent strong inflation doesn't become entrenched.

“We’ve gone from an economy that was shut down to an economy that's leading the world in economic growth,” Biden said in remarks at the White House with the nominees.

Citing Powell’s “steady leadership” that calmed panicked markets, and his belief in monetary policies that support maximum employment, Biden said “I believe Jay is the right person to see us through.”

Federal Reserve chair Jerome Powell says the US economy is expanding at its fastest pace in many years and says the central bank will use its tools to keep inflation from becoming entrenched.

The US is still dealing with the impacts of the pandemic, including inflation, he said but the country has made “enormous progress” including adding nearly 6-million jobs since he was sworn in and increasing wages — positive signs that are a testament to the Federal Reserve.

“I respect Jay's independence,” Biden said, directly addressing critics from his own Democratic party who wanted him to bump Powell, a Republican, for a Democrat. “At this moment of both enormous potential and enormous uncertainty for our economy, we need stability and independence at the Federal Reserve.”

Powell, 68, and Brainard, 59, will both need to be confirmed in their Fed leadership roles by the Senate, currently controlled by Biden’s Democratic party but closely divided. The president has for now left open several other Fed positions, including that of vice-chair for supervision, that he may fill as soon as next month and that could be used to toughen bank regulation, improve diversity, and make other changes his supporters have urged for the Fed.

But for the Fed’s core monetary policy — managing inflation and setting interest rates as the economy reopens from the pandemic — Biden opted for continuity.

“They are veterans and mature public servants and there has been very little difference between them” on monetary policy, said Adam Posen, president of the Peterson Institute for International Economics.

Together Powell, a moderate Republican elevated by former president Donald Trump, and Brainard, who served in prior Democratic administrations, “gives potentially non-partisan credibility to a more realistic assessment of inflation risks” the US faces.

That reassessment could mean interest rate increases coming sooner than later if inflation, which both promised to fight, proves more persistent than expected.

“We know that high inflation takes a toll on families,” Powell said in brief remarks at the White House event where Biden announced the nominations.

Brainard also pledged to support a growing economy “that includes everyone”, and a Fed that “serves all Americans in every community”.

Powell’s reappointment had been encouraged by a cross-section of investors and economists with both conservative and liberal leanings, and was welcomed by Congress members of both parties.

The Fed's aggressive actions at the start of the coronavirus pandemic in early 2020 were hailed as staving off a potential Depression. Later, some lauded his focus on jobs in the new policy framework launched just over a year ago, and others argued it would be too risky to oust the Fed chair during a sensitive transition from the emergency measures taken during the health crisis.

Powell’s second term would begin in early February, and the coming months will be crucial in determining whether his legacy will be as the Fed chair who elevated employment to the center of Fed policy, or as the one who let inflation surge and reestablish itself as a chronic problem.

Powell, who joined the Fed as a governor in 2012, did not anticipate being named chair when Trump was elected. With a pre-Fed career that had included eight years as a partner at The Carlyle Group, one of the world’s largest private equity firms, and no formal economics training, he had instead eyed the vice-chair for supervision position eventually filled by Randal Quarles.

He was confirmed as Fed chair on an 84-13 vote, with Kamala Harris, now Biden’s vice-president, among those opposing him.

He soon ran afoul of Trump, who hurled unprecedented public broadsides against Powell over Twitter and in frequent media appearances. At one point Trump labelled Powell an “enemy” of the US for raising interest rates and explored whether he could fire him.

Powell not only survived but arguably grew in the job.

Initially hawkish as a governor, upon assuming the helm for US monetary policy he considered himself a student at first, paying particular attention to arguments over whether the Fed’s focus on inflation had disadvantaged workers. The years since the 2007 to 2009 financial crisis had convinced many that was the case.

In November 2018, Powell launched a policy review that culminated in August 2020 with the adoption of an approach allowing economic expansions to run longer and “hotter,” with temporarily higher rates of inflation. Ideally that would lead to job gains that reach broadly into society and narrow the gaps in unemployment among different demographic groups.

It was an approach that conformed to what seemed then to be the changing nature of the US economy, with embedded low inflation and low interest rates, and adapted as well to the demands of a pandemic crisis that threatened a permanent hole in the US job market.

Just over a year into that new approach, however, inflation is running at levels not seen in decades as resurgent demand for goods and services outstrips the supply of materials and labour in an economy still shaking off the rust of pandemic shutdowns.

Update: November 22 2021
This story has been updated throughout.

DANIEL MOSS: Inflation is global, and there’s no enthusiasm to tackle it

Many are expecting that Fed chair Jerome Powell will be renominated for another four-year stint, but it’s not a done deal
World
6 months ago