While investors are eyeing 2022, a restive dollar is stirring up trouble 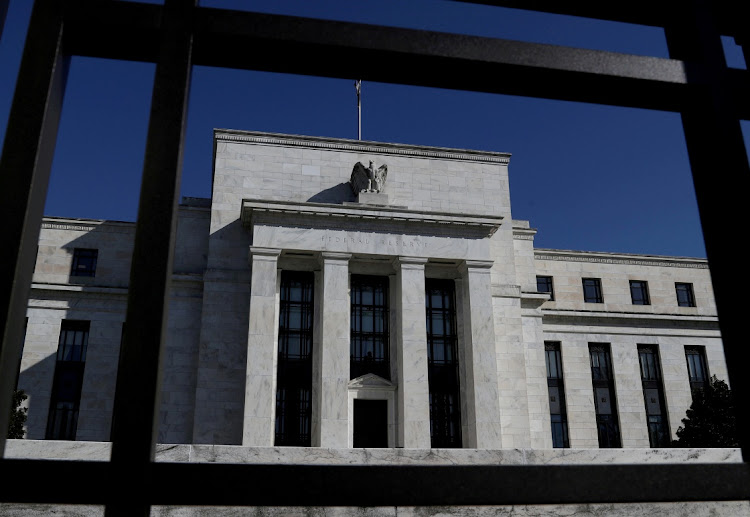 The US Federal Reserve building in Washington, US. Picture: REUTERS/KEVIN LAMARQUE

As the good and great of the investment world try to figure out 2022, they may have taken their eyes off the rest of this year.

All of a sudden, the coming year-end — often an illiquid and erratic period for global markets once the US Thanksgiving holiday is over — looks incredibly stressful.

Much of that is seeded by the long-brewing narrative around post-pandemic inflation, a more urgent “normalisation” of central bank settings and a wide divergence in approaches from region to region — not least due to different responses either side of the Atlantic to more waves of Covid-19.

Clarity over Jerome Powell’s renomination as Federal Reserve chief this week might have been a moment that calmed things down. But all it seems to have done is release more anxiety about recent Fed signals about hastening a taper of its bond buying and possibly bringing forward a first interest rate rise.

So much so that in the space of just three weeks, money markets have rushed to price three full quarter-point Fed hikes in 2022 compared with the two seen at the start of November. And they have also pulled in Fed “lift-off” day to May from July.

While all that may just be second-guessing 2022, the market repricing has its main effect now and nowhere more obviously than a supercharged US dollar around the world.

A rewriting of Fed scripts has only been matched by a scramble to upgrade dollar forecasts by numerous global banks from Goldman Sachs and Citi to HSBC and Deutsche Bank.

A host of political flashpoints worldwide have underlined a bid for perceived dollar safety and liquidity. The picture includes midwinter energy stress over high oil and gas prices and how to react; rising military tensions in Europe between Nato and Russia over Ukraine and Belarus; and even fractious relations between the West and China over Taiwan and the militarisation of space.

A self-contained inflation black spot, policy conundrum and geopolitical worry all on its own, Turkey — its lira has lost 85% of value against the dollar over the past decade — saw the dollar exchange rate balloon more than 10% on Tuesday alone, clocking a rise of more than 40% so far in November.

Turkey’s lira may be a longtime outlier and an extreme example. But emerging currencies from SA’s rand or Poland’s zloty and Hungary’s forint all hit their lowest for the year this week.

Volatility has been uncorked everywhere, with aggregate measures of foreign exchange volatility the highest since March and bond market equivalents the highest in almost 20 months.

And as the Fed gets tough, still deeply negative real, or inflation-adjusted, bond yields have finally broken higher — undermining presumed inflation hedges such as gold and cryptocurrencies and whipping away a key bulwark of expensive Big Tech equity valuations. Even the long-dormant VIX of Wall Street stock market volatility has twitched back into life.

On top of this “valuation effect”, the rate rise speculation and bond market moves this week saw bond yield curves that measure the gap between two- and 30-year yields flatten to their lowest since shortly after the US election in 2020 — flagging growth concerns ahead and seeing the Nasdaq put in its worst two days in two months.

“Interest rate sensitivity came back roaring yesterday, pushing down all of our growth baskets,” said Saxo Bank’s equity strategist Peter Garnry, adding there was now potential for a 10% correction in US tech stocks if treasury yields returned to the March highs.

And all this comes at a time when dollar funding around the world tends to get seasonally sticky anyhow, even before you deal with the ebbing tide of world liquidity.

Dollar funding costs outside the US hit their highest in almost a year this week, with spreads on three-month euro-dollar and yen-dollar cross-currency basis swaps at their widest since December 2020.

But TS Lombard economist Shweta Singh said the FX swap market may no longer even be the best measure of dollar funding stress as dollar liquidity ebbs from here.

She points out the recent abundance of dollars due to Fed bond buying, emergency facilities and other related expansions of US bank reserves meant offshore borrowers had been tapping domestic money markets more than offshore swaps. This shift had started before Covid-19 as US multinational tax changes in 2017 forced substantial repatriation of huge pools of dollars parked overseas.

As a result, direct changes to interbank funding associated with the Fed rate rethink, liquidity reduction and exchange rate fallout could have a much more direct effect around the world going forward.

“The Fed’s large balance sheet, standing repo facilities, and swap lines have meaningfully mitigated the ripple effects from a strong dollar to global financing conditions, but they have not eliminated the impact from a strengthening greenback on offshore dollar funding,” Singh told clients.

Lael Brainard, who was the other top candidate for the job, nominated to be vice-chair
World
5 months ago
Next Article