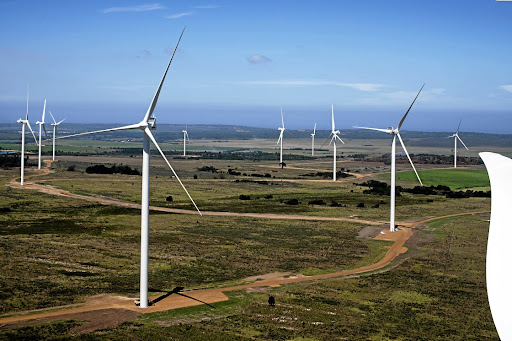 The transition to a low carbon and ultimately net-zero economy is the most predictable and consequential economic transition, arguably in all of human history. And it is a transition with five tremendous economic consequences — for businesses, for industries and indeed for entire countries.

The banking sector has an essential role to play in the global transition, and SA’s transition in particular, driving innovation through investments in cleaner products and greener energy at scale.

So, how much did COP26 move the needle? We now have countries representing 90% of global GDP having made net-zero commitments. Private sector institutions, representing more than $100-trillion in assets under management, have made mid-century net-zero pledges.

And, as a result of late-breaking updates to nationally determined contributions (NDCs) and net-zero commitments, including SA’s NDCs — which we enthusiastically applaud — and the global methane pledge led by the US and EU, the International Energy Agency now assesses that current announced pledges and commitments could, if enacted, limit global warming to 1.8°C above pre-industrial level by the end of the century.

So, we're not yet at 1.5°C, but we're approaching it. The commitments are a start, but now urgent action is required and we must all be held to account for our commitments. Estimates are that we need an additional $2-trillion to $3-trillion annually of investment, beginning today, to be on a pathway to achieve 2050 net-zero targets, with the total price tag for achieving net-zero likely to be in excess of $100-trillion.

The good news is that much of the private capital needed for the transition is already committed. On finance day in Glasgow, Mark Cooney announced that the Glasgow Financial Alliance for net-zero (GFANZ), a network of financial firms that have committed to align their portfolios to net-zero pathways by 2050, now consists of over 450 major financial institutions and financial services firms from across 45 countries, responsible for a total of $130-trillion in financial assets.

Six months ago GFANZ was just $5-trillion in assets under management. This exponential progress is another thing to celebrate. But just as governments must follow through measurably on their nationally determined contributions, private sector net-zero commitments cannot be empty green watch promises. They must be rigorous and verifiable, with science-based 2030 interim targets and yearly transparent reporting on progress to complete decarbonisation.

Now that we have $130-trillion committed to net-zero by mid-century, how do these funds flow rapidly and efficiently to the projects that are going to have the most positive climate impacts? That’s the key question, and how quickly we answer it will determine whether we meet or fall short of meeting the goals of the Paris Agreement.

US treasury secretary Janet Yellen and the US treasury are committed to partnering with financial institutions to help expedite the promise of net-zero commitments, both through the effective deployment of public funds to, and the fostering of, enabling environments that facilitate private sector climate investments without the use of public funds.

The scientific consensus is clear that each nation, developed or developing, must decommission their unabated coal power plants as quickly as possible, and certainly no later than 2040, to keep the limit of 1.5°C global warming within reach. It is absolutely vital that public and private financing be made available to accelerate this clean energy transition.

This requires helping high-emitting countries like SA design programmes in an inclusive and equitable way that provides resources to those communities that are affected by both the detrimental effects of climate change and the dislocation from a clean energy transition, while also helping them to benefit from opportunities embedded within that transition.

As a leading emerging economy, while also the highest emitting country on the continent and one of the world's leading consumers of coal, SA is a natural partner for us to begin this vital work. That is why in my first months as climate councillor I have been deeply engaged with partners in SA as the country outlines its pathway towards transitioning towards a cleaner and more sustainable future.

Over the coming months the US, UK, France, Germany and the EU will work to structure a financing package of an initial $8,5bn investment over the next three to five years, targeting SA’s energy sector, which is responsible for almost 80% of the country's total emissions and where Eskom plays an outsize role. As part of this effort the SA government has committed to accelerating closures of unabated coal facilities and dramatically increasing the role of clean and renewable energy in the country.

Our work will include financing from the climate investment funds (CIFs), new accelerating coal transition investment programmes that are designed to assist high emitting, coal depending, middle income countries in their efforts to transition towards clean energy economies. The CIFs have a strong and proven record of mobilising significant domestic and international private finance.

Multilateral development banks and bilateral aid and investment agencies will also provide support to this ambitious and whole-of-economy transition away from coal. During our recent international partners group trip to SA, we prioritised meeting with a broad set of stakeholders, stakeholder representatives of those communities most vulnerable to the economic risks of the transition. We also met business leaders, including representatives from Banking Association SA (Basa) to discuss the private sector's role and the investment opportunities embedded within this transition.

We all recognise the opportunity in renewable energy generation and transmission and urge the SA banking sector to play a central role in financing a cleaner, greener SA economy. Just as the global banking sector has led the ramping down of financing for new unabated coal power generation in the past few years, it must continue to lead the way in financing renewable energy products and scale.

There will also be new roles for the banking sector, in partnership with the public sector, to finance new job-creating industries in existing coal communities. Any financing and accompanying recommendations provided by the US and other donor countries must have the support of the local business and investment community, and it must be grounded in a broad-based just transition programme that has the SA government's full backing.

We are confident and hopeful that the SA government can deliver such a plan in the months ahead. This partnership has great potential to be transformative in reducing emissions. By most estimates, more than a gigaton of emissions over a 20-year period in SA and enabling the delivery of reliable clean power across SA, expediting the country's path to a cleaner and greener future and ultimately enabling the achievement of the most ambitious reductions possible consistent with its recently updated NDC.

Ultimately, the long-term success of the partnership will rely in a large part on how many private dollars are mobilised with our public donors, and in turn how quickly regional investors see this investment opportunity. I firmly believe that what we achieve in SA over the coming months and years will chart the course for the decarbonisation of other emerging and high emitting countries around the world.

• Morton is climate councillor to US treasury secretary Janet Yellen. He leads the US partnership in the SA government’s Just Transition programme. This is an edited version of his keynote address to Basa's Sustainable Finance Conference 2021.

Coal will remain part of the energy mix beyond 2030, president says
National
8 months ago

An effective response to climate change requires  acknowledgment that the systemic risks are some of the most pressing threats that humankind has ...
Opinion
8 months ago

Governments promised $17.3bn to the Green Climate Fund, but developing countries say accessing money is too difficult
World
8 months ago