Shares in Telecom Italia rose as much as 30% on Monday, after US fund KKR presented a non-binding proposal to buy Italy’s former phone monopoly 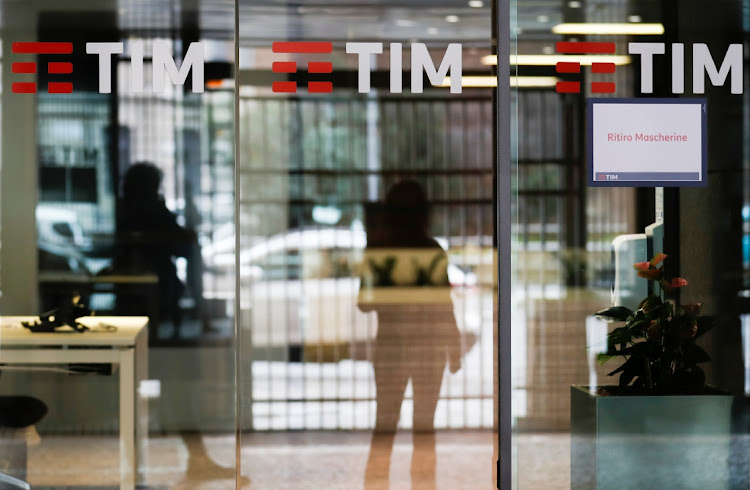 The Telecom Italia logo is seen at its headquarters in Rome, Italy. Picture: REUTERS/YARA NARDI

Milan — Shares in Telecom Italia (TIM) rose as much as 30% on Monday, after US fund KKR presented a non-binding proposal to buy Italy’s former phone monopoly valuing it at €10.8bn ($12bn).

The move comes as a boardroom war rages at Italy’s biggest phone group, which has been mired in crisis for years but is crucial to government efforts to expand broadband connectivity because it owns the country’s main network.

KKR’s offer, which is conditional on the government’s backing and the outcome of a four-week due diligence analysis, givesTIM, with its net debt of €22.5bn, an enterprise value of €33bn.

TIM said on Sunday KKR had termed as “friendly” its offer of 50.5 euro cents per TIM share, a 45.7% premium to the closing price of the group’s ordinary stock on Friday.

The offer price, which TIM said was “indicative”, would, however, expose the company’s top investor Vivendi to a steep loss on its 24% stake, for which it spent on average €1.07 per share.

A person close to the French media group told Reuters Vivendi believed KKR’s offer did not adequately value TIM, once a crown jewel among the government’s assets before an ill-fated 1997 privatisation. TIM’s board did not give a view on the proposal.

Vivendi has been pushing to replace TIM CEO Luigi Gubitosi, who has failed to stem a revenue haemorrhage, leading to two profit warnings in three months and an almost 40% fall in the value of the group’s shares under his three-year tenure.

Italy’s Treasury said on Sunday a decision on whether to use special government powers to block unwanted foreign interest in strategic assets such as TIM’s fixed-line network would hinge on the plans for it.

As well as protecting the jobs of 42,500 local staff, Rome wants to ensure plans for the network are in line with its initiative to deploy billions of euros of EU recovery funds to rollout ultra-fast broadband across Italy — an EU digital connectivity laggard.

KKR wants to take TIM private, which analysts say would make a restructuring easier. Its offer, which targets both ordinary and savings shares, is conditional on securing 51% of TIM.

“An experienced private capital provider such as KKR might prove a better fit to support TIM’s turnaround,” UBS said.

The New York-based private equity firm has a long track record in the sector. This year it set up wholesale fibre firm Open Dutch Fiber while in 2020 it acquired with rival Cinven and Providence Spain’s fourth-largest phone group MasMovil.

KKR would carve out TIM’s fixed-line business to be run as a government-regulated asset along the model of power grid Terna or gas grid Snam, sources have said.

“The path towards a formal offer may not be certain, nor fast — but we think the offer is articulate and credible,” HSBC said in a research note, upgrading TIM stock to ‘buy’.

Gubitosi has been trying to revive a project to merge TIM’s network assets with that of rival Open Fiber, a competitor where state investor CDP is set to gain control.

CDP is also the second-biggest investor in TIM with a 10% stake.

Huawei's sales shrank for the fourth straight quarter as its overseas smartphone and telecom-equipment businesses continue to struggle after a US ...
Companies
6 months ago

Telstra to buy Digicel Pacific in a $1.6bn billion deal, largely funded by the Australian government and seen as a way to contain China’s rising ...
Companies
6 months ago
Next Article