The region should change tack and talk to everybody in the crisis, otherwise it will be another exercise in futility 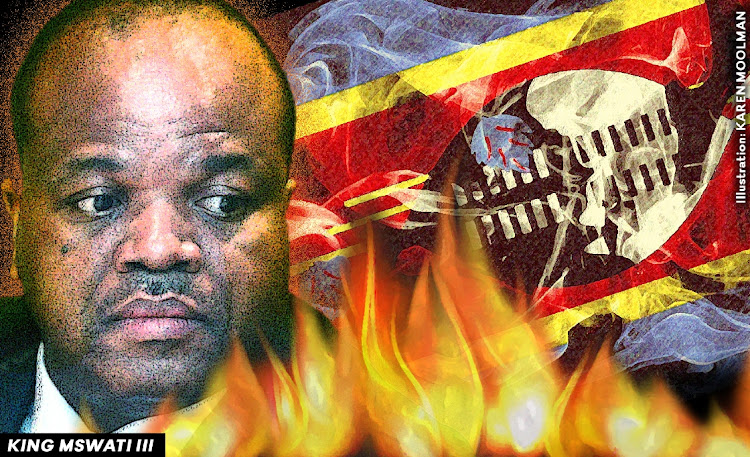 The appointment of special envoys to engage with the kingdom of Eswatini by President Cyril Ramaphosa, the chair of the Southern African Development Community (Sadc) organ on defence, politics, security and co-operation, has been criticised in some quarters as a procrastinated and politically indecisive step.

The envoys are expected to meet the under-siege King Mswati III on security and political developments in the kingdom. As this announcement was made, prodemocracy protests gained traction in the landlocked monarchy, with schools remaining closed indefinitely and reports of police shooting down protesters in clashes. This has  resulted in an official death toll of 28 since the unrest began. MPs Bacede Mabuza and Mthandeni Dube, detained during prodemocracy protests earlier in 2021, are in police custody.

Internet and social media access remain frequently blocked, reportedly at the instruction of the king’s eldest daughter, princess Sikhanyiso Dlamini, who doubles up as the country’s minister of information and communication technology.

The envoys will be entering a territory where the absolute monarch has, for decades, ignored calls and pressure for transformation into a modern democracy. As history would record, this is not the first attempt by the Sadc to visit the king in Eswatini.

Earlier this year in July, the regional body’s troika delegation comprising SA’s Naledi Pandor, Botswana’s Lemogang Kwape and Zimbabwe’s Frederick Shava, visited Eswatini in an effort that will go down in history as wasteful and useless.

At the time, the ANC, through the chair of its international relations subcommittee, Lindiwe Zulu, called on the Eswatini government to work towards the “normalisation of the political environment”. It asked for the unbanning of opposition political parties, the release of political activists and a meaningful dialogue with opposition parties, its citizens, and trade unions”. This was done to find a collective solution to the socio-economic circumstances in the country.

The party further called on the government of Eswatini to urgently move away “from autocracy, strong-handed crisis management, and brutal repression of legitimate civilian concerns”.

With the hope that the envoy has drawn some lessons from the troika in July, the latest developments in Eswatini require new tactics if the volatile situation is to be dealt with. Whereas the statement by Ramaphosa exclusively referred to the special envoys going to engage with Mswati III only, it will be futile to exclude political, civic and labour movement stakeholders in any peace-seeking endeavour. The Sadc must change its diplomatic approach to the political situation in Eswatini.

Illegal and banned as they may be, the Sadc cannot afford to repeatedly ignore the likes of the Swaziland Solidarity Network, the opposition People’s United Democratic Movement, the Swaziland Federation of Trade Unions, the EFF of Swaziland, and the Communist Party of Swaziland, among others.

It would also be unimaginable to expect illegal formations to sit at the same table with the ruling establishment and negotiate as equals. Therefore, in creating a conducive political climate, Mswati must unban all political parties and organisations before the negotiations can even begin. Any other approach which seeks to undermine the agents responsible for the current shutdown will be naïve and time-wasting.

Although the trend at the Sadc and, by extension, the AU, has been for incumbents to cushion dictators and tyrants in the name of non-interference, options appear to be very minimal for these bodies in Eswatini. Civil society organisations in Eswatini have already started alleging unconfirmed reports of the presence of mercenaries from a Western African state’s government that are attacking locals. This, albeit unsubstantiated, would never bring about sustainable peace in that country.

SA has endured the consequences of quiet diplomacy following its handling of the Zimbabwe and Lesotho political disputes in the past. While a lot is always expected from it, Pretoria’s management of diplomatic deployments has been found wanting in the aforementioned instances.

Opting for former president Thabo Mbeki’s quiet diplomacy in Zimbabwe after the late president Robert Mugabe had lost elections, SA had to contend with the influx of undocumented Zimbabweans who illegally crossed the border following the economic collapse emanating from electoral fraud monkeyshines.

Such outcomes show that it is always in the interest of SA to ensure that its neighbours are politically stable. Therefore, when an opportunity presents itself for SA to contribute to the stabilisation of its neighbour, it must be seized immediately. It should not take weeks (as it has in this case) before both SA and the Sadc issue a statement concerning the dire situation in Eswatini.

It was even worse when it was reported that the delay of the statement was caused by semantic differences. SA will pay the highest cost if the situation in Eswatini is allowed to continue for another day. Equally, it is high time for the Sadc and the AU to be proactive whenever human rights, peace and stability are at risk. It is common knowledge that Eswatini has been trampling on its locals’ human rights for decades. Yet, no resolution has ever been taken at the AU or Sadc condemning such practices. Nor have any sanctions been imposed on the monarchy.

It is worse for SA, whose foreign policy is based on democracy, respect for human rights and social justice. It is to be expected that the geopolitics of the SADC region should be benefitting from this noble principle and commitment.

Yet, the country of Nelson Mandela prefers to let the Eswatini rulers enjoy an uninterrupted reign. The people of Eswatini would not be asking for too much by expecting SA to exercise its foreign policy, which is based on respect for human rights. It does not even have to utilise its economic hegemony disguised as soft power diplomacy. But if necessary, SA should push Eswatini to align with acceptable norms and standards. Otherwise, the tenets of its foreign policy are being seriously undermined without any consequences for the transgressors — in this instance Eswatini.

The ball is therefore in the hands of SA as an individual state, but also as a leading member of the Sadc, to ensure that Mswati is held to account for human rights violations and his unchallenged iron fist rule. It can only be a people who want to be led like their predecessors who would not opt for the decisive action taken by Eswatini nationals.

Their actions should have made a sufficient and adequate call for intervention. It cannot be that such an outcry is continuously ignored by leaders who claim to care and respect the rule of law, democracy and liberty. After all, the reported tyranny in Eswatini was bound to come to an end.

The hour of truth has come in Eswatini and change must be allowed to happen. No person can rule over a people forever in a manner they are not comfortable with. It is a cul de sac for both Mswati and the Sadc. Jamaican reggae legend and global icon Bob Marley sings: “If every day the bucket goes to the well (to fetch water), one day the bottom will drop out.”

It appears the bottom has dropped out for the people of Eswatini.

• Mpho Tsedu is head of an independent public policy think-tank, the Institute of Foreign Affairs

MTN said its Eswatini unit had received a directive from the Eswatini Communications Commission ‘to suspend with immediate effect’ access to social ...
World
1 month ago