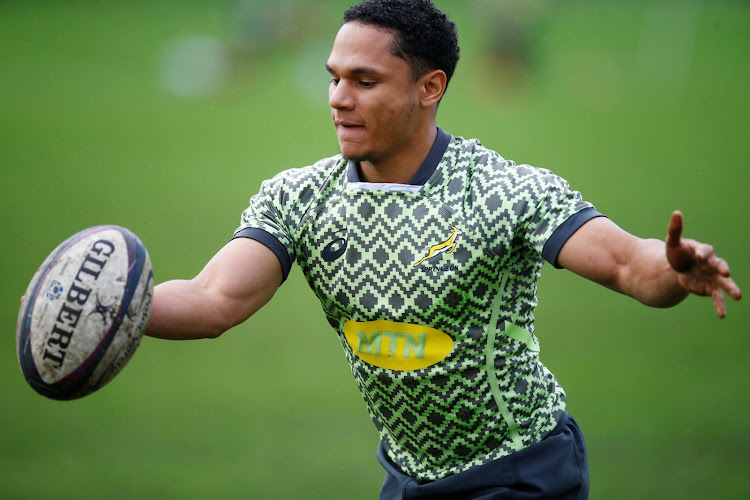 The Springboks must do everything in their power to prepare well for a brutal battle against arch-rivals England in front of a sold-out 82,000 crowd at Twickenham, coach Jacques Nienaber says.

Victories over Wales and Scotland have given the Boks an opportunity of clinching a Grand Slam if they can withstand a furious English onslaught on Saturday (kickoff 5.15pm SA time).

Adding spice to the showdown is that the fixture is a rematch of the 2019 World Cup final when the Boks emerged victorious. They are looking ahead to what promises to be an epic battle against a side desperate to topple the world champions.

On Saturday, the Boks remained on the winning track when flying wing Makazole Mapimpi scored two tries in a 30-15 win over Scotland at Murrayfield.

“We want to build momentum on this tour,” Nienaber said. “I told the players after the Scotland win that this will be a big week for us.

“I think a packed Twickenham against England is going to be a nice challenge. We must do everything in our power to make sure we have a good build-up.”

Nienaber said playing in northern hemisphere conditions is giving players valuable experience ahead of the 2023 World Cup in France. “We missed the entire 2021 season [Covid-19 related] and an opportunity to play games in the northern hemisphere,” he said.

“It’s completely different playing in the north. I learnt that when I went to Munster to coach with SA’s director of rugby Rassie Erasmus. Though we had a reasonably good day with the weather at Murrayfield, it is still difficult and there is dew on the ground.

“So it is something you have to get used to and we are trying to  get as much northern hemisphere experience as possible into our players. We want to build momentum going into 2022 and give guys opportunities. The Boks want to get experience into younger guys, though they do not seem young.

“I spoke to Herschel [Jantjies] after the Scotland match. He’s only played 70 minutes of international rugby in Europe, but he has won a World Cup. The experience Herschel needs to gain is in the northern hemisphere, even though he is an established player who has played 20 games for us.

“The experience he needs to gain is to operate in these conditions.”

Nienaber said dogged persistence paid off for the Boks against Scotland. “In the first half, especially in the first 12 minutes, we applied a lot of pressure ... but hats off to their defence,” Nienaber said. “We know they have the best defence in the northern hemisphere in the last two years, and we struggled to convert. That is probably down to their quality defence.

“In the first 15 minutes of the match, we had all the territory and possession, and it just shows the quality of how they kept us out. But we knew that if we just keep on knocking and knocking, that takes energy, and we just hoped that we would get a couple of opportunities at the back-end of the game, which happened for us.”

While Kiwis have young players and may yet develop into a great team, they are average
Opinion
7 months ago