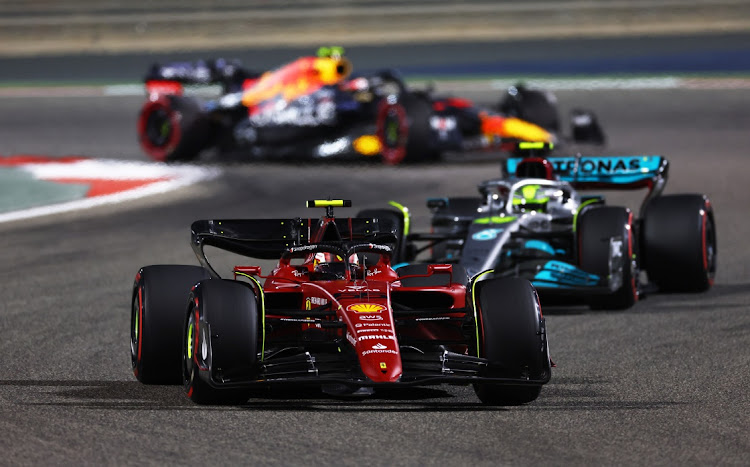 London — Carlos Sainz said he had plenty of catching up to do even as he celebrated a stunning one-two finish behind Ferrari teammate Charles Leclerc in Formula One’s Bahrain Grand Prix season-opener.

The Spaniard, who is close to signing a contract extension with the Italian team, was his own harshest critic after what he said had been his toughest race in Ferrari’s red overalls.

“For me it’s been a very tricky weekend, I’m not going to lie. I didn’t have the pace today. But I managed to hold in there and bring the one-two for the team,” he said on Sunday night after Ferrari’s first win since 2019.

“I have some homework to do over these next few days and I’m sure I will come back stronger.”

Sainz had qualified third, with Leclerc on pole, and he secured second place as Red Bull’s world champion Max Verstappen wrestled with an ailing car that expired before he could reach the chequered flag.

The Spaniard was under no illusions about his true pace, however.

“In FP1, FP2 and FP3 [free practice] I was very far behind, the most far that I’ve been ever in Ferrari and that’s why even with a one-two that we scored I’m not entirely happy with the weekend,” he told reporters.

“As a Ferrari driver it’s been my most difficult weekend and it just shows that I need to put my head down, understand this car, understand where is Charles making the difference with his driving.

“I need to improve if I want to fight for a win and I will put my head down and try to do some steps coming into Jeddah. Can I improve it from one weekend to another? I think I can improve it.”

The next race is in Saudi Arabia this weekend and Sainz said he needed to improve his tyre management and adapt his driving to the set-up of the new-look cars with their very different characteristics.

Second place for the Spaniard, who joined Ferrari from McLaren at the end of 2020, equalled his best result so far in Formula One.