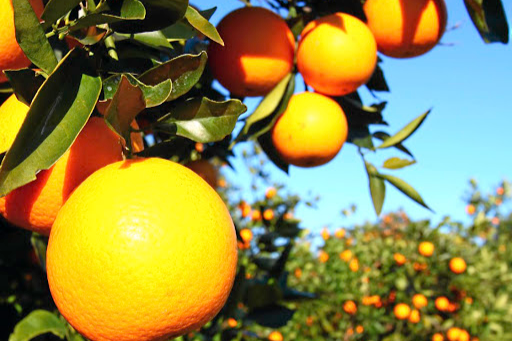 Much of the government’s plans for growing the rural economy, where the rates of unemployment and poverty tend to be even higher than in urban areas, depends on growing the farming sector. And many of the plans for growing the farming sector, such as those set out in the National Development Plan and more recently, the Agriculture and Agro-processing Master Plan, focus on expanding production of high-value, labour-intensive crops such as table grapes, citrus, nuts and avocados, which are all grown predominantly for the export market.

However, as one industry insider told Business Day recently, it is not at all clear that there is sufficient demand in export markets to absorb volume increases from SA.

Local producers are facing growing competition from other southern hemisphere producers such as Chile and Australia, in the same markets as SA during an overlapping harvesting window.

Advances in the breeding of new crop varieties, which can extend the harvesting season for a particular type of fruit by weeks and sometimes months compared with what was possible only 20 or 30 years ago, also mean that the “off-season” in SA’s traditional northern hemisphere markets is growing shorter, allowing a smaller window of opportunity for exports to enter those markets.

As the UK and EU markets become more competitive and increasingly saturated, the farming sector has, for years, been lobbying the government to accelerate efforts to unlock new markets for SA fruit. But progress has been underwhelming and, besides, just getting access to new markets doesn’t mean it will make economic sense to export to those markets if the terms of access are less favourable than those negotiated.

SA needs preferential trade agreements with the new and growing markets in Asia and the Middle East if it is to really grow its agriculture exports and this is just not happening fast enough.

That means fresh produce exports are increasingly at risk of facing high barriers of entry to markets due to non-tariff measures. These measures typically relate to phytosanitary rules (measures for the control of plant diseases, especially in agricultural crops), rules about the use of crop chemicals during production and, more recently, rules aimed at reducing imported carbon emissions.

Once a market has been opened, it requires continuous work to keep it open and maintain tariffs at competitive levels. Similarly, markets require SA fresh produce industries — such as the table grape and citrus industries, which account for the majority of SA’s fresh produce exports — to provide proof of disease-free status on an ongoing basis to keep the trade channels open.

A new set of regulations under the EU Green Deal will also pose a new set of challenges. The EU accounts for about 30% of the country’s total agricultural exports, but additional compliance costs relating to the carbon footprint of produce, for example,  could negate the benefits of existing preferential trade arrangements.

In addition, the EU Parliament voted last month in favour of the implementation of extreme cold treatment for citrus coming out of SA and other African nations to protect their own farmers against possible invasion by the false coddling moth. If the decision is formally instituted, it would mean that citrus from SA would need to undergo cold treatment of between 0°C and -1°C for at least 16 days before export. Some varieties of citrus will simply not be able to withstand the treatment, and the quality and shelf life of other varieties could be negatively affected. This could put at risk about 35% of SA’s total citrus exports of about 2.25-million tonnes.

The EU market is also becoming more specific about the accepted levels of chemical residue on imported fruit, placing a lot of pressure on fresh produce importers to move away from the use of pest and disease control chemicals.

But it is not only the EU market that is raising phytosanitary entry barriers; there are similar trends in some Asian markets.

One thing is certain, export markets are becoming harder to access and more difficult to maintain and it would be a huge mistake to take for granted that “because we plant it, they will buy it”.

Any realistic rural growth plan needs to keep the basics of trade in mind: make sure there is a market for one’s product before one invests in producing it.

Earth Ranger allows farmers to call in reports of swarms, and whether the locusts are at a juvenile hopping stage or already airborne
News
3 weeks ago

SA not taking full advantage of ‘trade agreement with EU’

Pick of the Month: TWK Investments

Pick of the Month: TWK Investments