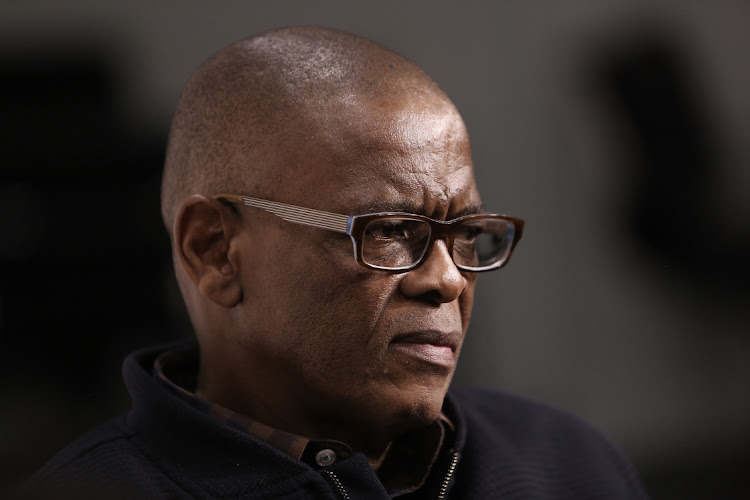 On Tuesday evening ANC secretary-general Ace Magashule launched a pre-emptive strike in the wake of a series of arrests by law enforcement, effectively fuelling rumours that he would be arrested by SA’s elite investigative unit the Hawks.

A story by Independent Online said a warrant of arrest had been issued for Magashule, and that he would be charged in relation to the Gupta-related Vrede Dairy Farm corruption in the Free State, which took place while he was premier of the province.

He was quoted in the first story on the matter by Independent Online that he was aware that a warrant of arrest had been issued, and that it was “going to be a Hollywood style type of thing”.

The story spread like wildfire, and as the evening continued and Wednesday came his comments changed as he spoke to various news outlets.

Late on Tuesday evening, amid the frenzy, the Hawks released a statement labelling the Independent Online story “fake news” and said it viewed the report as “a malicious attempt to undermine the integrity of the organisation”.

While the Hawks’ view on the report can be up for debate, what is however clear is that this was a political strategy to drum up support for Magashule and paint him as a victim.

Instinctively depicting oneself as a victim is nothing new in SA. Former president Jacob Zuma is exhibit A in the disgraceful scheme to attack, discredit and render law-enforcement agencies’ work as nothing but ploys to harm and undermine his political ambitions.

This was seen when Zuma was charged in 2005 in relation to the arms deal, as well as now that he has to face the music at the Zondo commission which is probing the a web of industrial corruption under the state-capture project during his time as SA president.

While the political conspiracy theories are predictable, a variable has changed over the past year and a half.

The National Prosecuting Authority (NPA) is being cleaned up under Shamila Batohi, who gave South Africans reason to cheer this week with the conviction of one of the brains behind the looting of VBS Mutual Bank. Under Zuma the institution was seen to be politically abused.

The institution not only has political coverage, given that President Cyril Ramaphosa has made strengthening the NPA and upping the fight against corruption among his focuses as president, but has also not shown any indication that its work was politically motivated.

Under the leadership of Batohi, its national director of public prosecutions, and Hermione Cronje, who heads the investigating directorate, the institution has taken its time in bringing prosecutions to court.

It shows that the NPA is confident in its cases, as the authority’s leadership has said that it would not bring cases which were not ready to be prosecuted.

This can among other things be seen in the first conviction the NPA obtained last week relating to the VBS Mutual Bank scandal, which saw more than R2bn looted from the Limpopo-based bank. The bank’s former CFO, Philip Truter, pleaded guilty to charges of fraud, corruption, money laundering and racketeering and has undertaken to co-operate with the state’s case.

In this context it is no wonder that the political noise is increasing, as it seems as if the NPA seems to be doing its job.

Something is afoot. Batohi, Cronje, prosecutors and the police should therefore keep their heads down and ignore the political noise.

They have one job to do, and that is to ensure that justice is done.