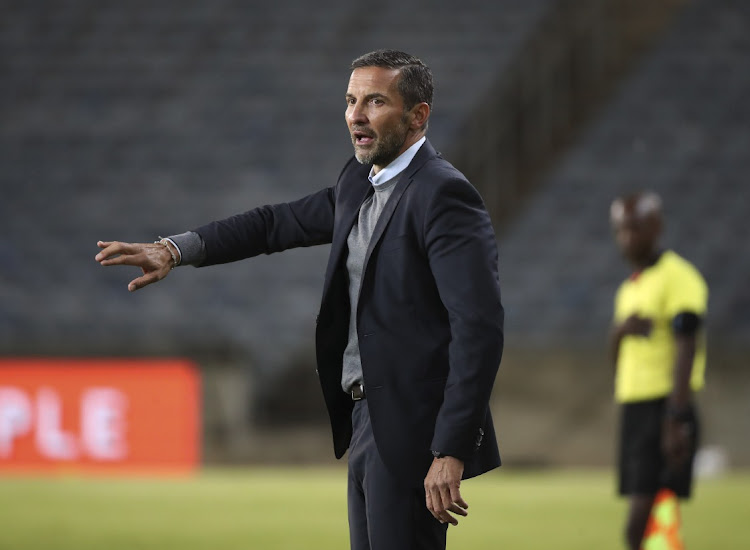 Josef Zinnbauer was happy to paint Orlando Pirates as the underdogs ahead of Thursday’s Nedbank Cup quarterfinal against Mamelodi Sundowns‚ but at the same time indulged in fighting talk that suggested the Buccaneers would take a fiery approach to that role.

Zinnbauer’s assessment of Pirates’ underdog status at Loftus Versfeld is not unfounded. Under their coaching trio this season‚ Sundowns set a Premier Soccer League record of 20 matches unbeaten after downing Chippa United 2-1 in Mdantsane on Monday.

Downs’ 2-0 Caf Champions League defeat to CR Belouizdad at Loftus on Friday‚ having already topped Group B‚ was their first in 29 matches in all competitions. Domestically‚ they have not lost in 22 league and cup matches.

But Pirates’ recent record also makes for intimidating reading‚ losing twice in 18 games in all competitions‚ and a 3-0 win against Al Ahli Benghazi at Orlando Stadium on Sunday taking them to the top of the Caf Confederation Cup’s Group A.

So Zinnbauer is also correct that‚ taking the fight to Sundowns‚ star-studded Pirates have every chance of reversing the Brazilians’ recent dominance against the Buccaneers and denting their awe-inspiring statistics in a matchup always characterised by fireworks.

“We are not the favourites. And yes‚ we also don’t go into the quarterfinal and say‚ ‘we don’t have a chance’ — this is not possible‚ and this is also [especially] not possible for Pirates‚” Zinnbauer said.

“We know we have a good squad‚ we have players who can win titles. But we are honest — we are playing against the best team in the country at the moment.

“And this is not so easy to manage for journalists or supporters or people outside. I walk on the street and people say‚ ‘you have to win the Nedbank’. Yes‚ I will be happy if we win the Nedbank but it’s a long way to go. And we’re playing against Sundowns.

“But there is always a moment where you can break the momentum that the other team has. And we have the chance for this. And I hope the players are hot enough that we are the first team that can beat Sundowns.

“And then that will be a good game for us. You achieve two objectives‚ because you are in the semifinal‚ and you beat Sundowns.

“Normally I don’t need to speak about motivation to my players. They know what’s needed. And it’s a fight. For me‚ we have a chance and then we fight. And that is the thing that my players have to understand. It’s a big chance for us‚ and it’s possible.”