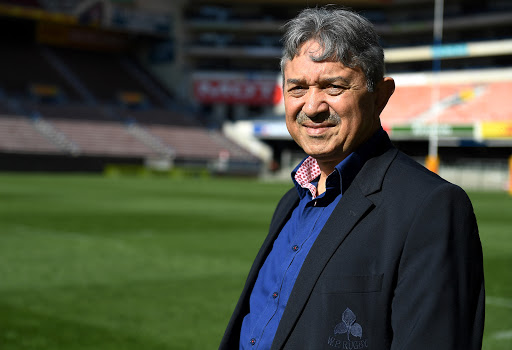 Western Province Rugby Football Union president Zelt Marais says the union supports the temporary Saru takeover, but the voices of the clubs in the province should be heard.
Image: Ashley Vlotman/Gallo Images

Western Province will support the SA Rugby Union (Saru) in its role as temporary caretaker of the provincial union but has emphasised that the clubs will ultimately determine its destiny.

That qualified endorsement came from Western Province Rugby Football Union (WPRFU) president Zelt Marais, who said clubs would decide “on a future course of action at WP Rugby once Saru has completed the processes it is embarking on”.

He said while the decision by Saru to “step into the affairs of WPRFU is not ideal”, it was important “to give the processes of the national controlling body our full support”.

Saru on Tuesday announced it would invoke clause 29 of its constitution that mandates the union to assume control of a provincial union that has been mired in administrative and financial turmoil.

Saru installed its former CEO Rian Oberholzer as WPRFU administrator while it tries to steer the troubled union into calmer waters. His appointment was welcomed by Sport Employees Unite (SEU), the representative trade union of non-playing staff in sport in SA.

“Rian is an experienced sports administrator and we look forward to working with him,” said Piet Heymans, the CEO of the SEU.

Heymans was scathing about elected officials from club ranks.

“The actions and decisions taken by some of the elected officials at WPRFU over the past few months were of huge concern and not in the best interest of rugby,” he said.

“We expressed our concerns about this to SA Rugby a while ago and requested, like other stakeholders, that SA Rugby should intervene. We are therefore grateful that SA Rugby has taken this important decision.”

The actions of some elected officials at the union were not well received by staff members.

“We lost faith in the manner in which corporate governance was being conducted and it has had a massive negative effect on the staff. It was an embarrassment for staff to read about the infighting, destructive acts and leaking of confidential information, including personal staff information, by certain elected officials in newspapers nearly on a daily basis. Something had to be done and we trust this now will come to an end,” said Heymans.

It was an embarrassment for staff

Marais, who has been a polarising figure since he was elected president in 2018, said other voices within the structures of the union should also be considered.

“Specifically, the views and parameters suggested by the independent nonexecutive board member, mandated to lead the commercialisation aspects of WP Rugby, should be taken into account,” he said.

Marais, who has survived recent attempts to unseat him, was a key figure in WP backing out of agreements with potential equity partners and backers, saying he is brokering a deal that will better suit the union in the long run.

However, in the absence of a deal materialising, WP came to the brink of collapse before Saru stepped in.

The question WP fans will be asking is whether Saru has the mandate, or even political will, to put in place measures that will secure the long-term future of the oldest rugby union under its control.