There are indications that Jacob Zuma is mobilising for war; fortunately, he cannot divide the entire nation 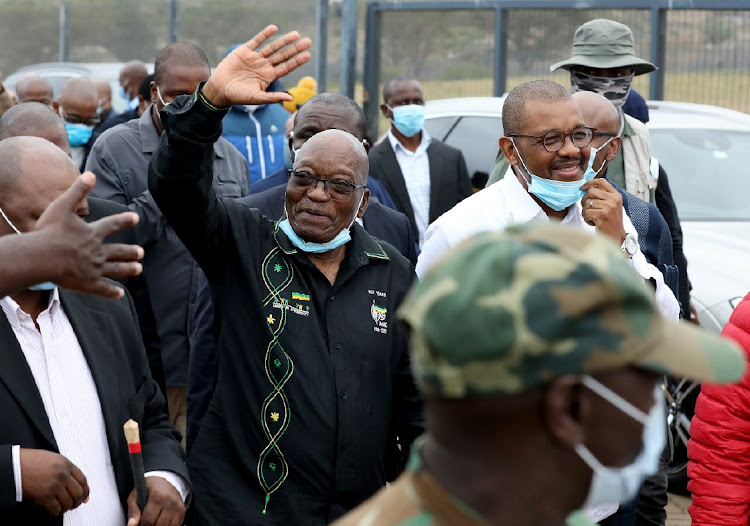 Jacob Zuma has crossed the line — not for the first time — while our society normalises his strategy of playing the victim card. He can’t be allowed to continue with his onslaught on our courts, even if he believes they are not fair.

There are clear indications that Zuma is mobilising for war; fortunately he doesn’t have the ability to divide the entire nation because all of his legal problems are self-inflicted. The time for politicians enriching their families and friends and using vulnerable people to threaten the country’s stability has to end.

The former president was given an opportunity give his side of the state capture story at the Zondo inquiry — not as an accused but as a witness — but chose to undermine the commission. All the reasons he is giving now should have been submitted to the commission, not to his supporters camped outside his compound.

It’s odd for him to accuse the judiciary of being captured when his rights of appeal and rescission were granted. It can’t be right that when people don’t get their desired outcomes they seek public sympathy at the expense of the judiciary.

It is equally odd for Zuma to run to KwaZulu-Natal for support every time he has a political problem, and for his son to argue that the Constitutional Court ruling against his father is an attack on the Zulu nation. What does a ruling against Zuma on his failure to respect the courts have to do with tribal issues?

There is now a serious danger of the rule of law being undermined should Zuma not be arrested.

Prof Schoub claims the government ‘has procured sufficient supplies of the two premium Covid-19 vaccines for its citizens’, but that is false
Opinion
1 year ago

LETTER: Incompetent reviewer fails to do an excellent novel justice