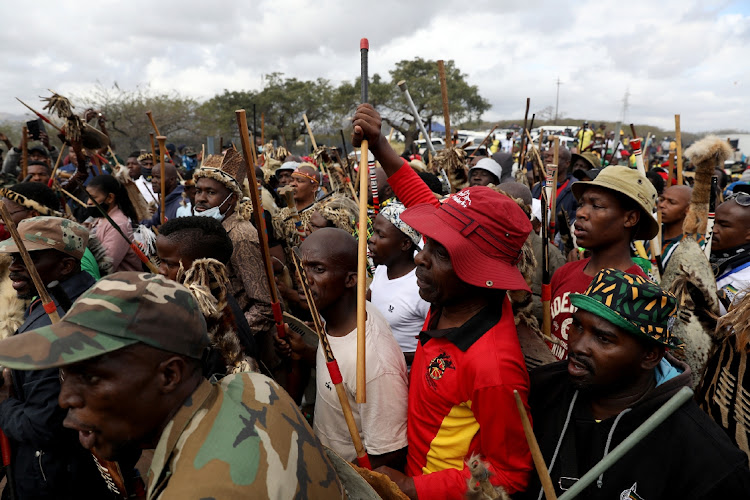 Prof Sipho Seepe, a staunch Jacob Zuma supporter, would have us believe the unfolding political spectacle outside the Nkandla homestead is nothing but an act of civil disobedience, as described by Henry David Thoreau or Mahatma Gandhi’s Salt Satyagraha. Aggrieved masses there to defend a helpless, innocent man.

This intellectual dishonesty is  usually associated with Zuma’s foot soldiers, such as Ace Magashule, Andile Lungisa and Carl Niehaus. If intellectuals like Seepe are also willing to play hide-and-seek with the truth, what hope is there for us?

Truth be told, the Nkandla jamboree, which is undermining level 4 Covid-19 restrictions, is no different to the January 6 assault on Capitol Hill by Donald Trump supporters. They are both attacks on democracy.

Unfortunately, in the post-truth age facts have been replaced by falsehoods and conspiracy. Time magazine asked in a 2017 essay by Michael Scherer: “Is truth dead? ... Trump’s alternative reality is dark, divisive and pessimistic, and it tends to position him and his supporters as heroic victims of injustice.”

So it is with Zuma, a strategy he applied repeatedly in the past, when Zwelinzima Vavi, Julius Malema and Blade Nzimande were his human shields.

Anyone who has dared hold Zuma to account, such as NPA boss Bulelani Ngcuka, was targeted by Zuma’s cronies, including journalists. ANC MPs and members of the Nkandla ad hoc committee, such as Cedric Frolick, Mmamoloko Kubayi, Mathole Motshekga, Doris Dlakude and Thandi Mahambehlala, defended Zuma’s looting of state resources and instead went after then public protector Thuli Madonsela.  The last straw was when Nathi Nhleko renamed a swimming pool as a firefighting tool.

The fact is the ANC has encouraged Zuma’s excesses by failing to draw a line in the sand. Zuma took this as stamp of approval. Why are they acting surprised now?

This is in compliance with a Constitutional Court order that requires police to arrest Zuma should he fail to turn himself over to law enforcement ...
National
1 year ago

When decisions are made by mobs threatening violence, rather than the rule of law, it is not a democracy at all
Opinion
1 year ago

Judgment unleashes a wave of praise from civil society organisations, opposition parties and legal experts
National
1 year ago
Next Article