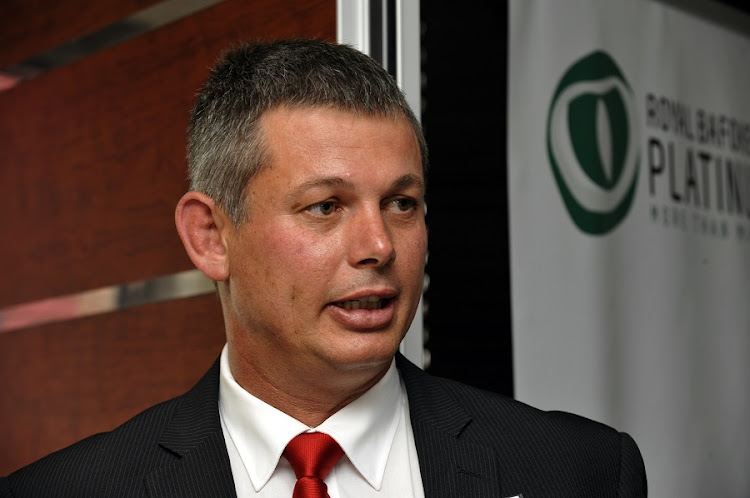 Just when you thought the show was over, Impala Platinum (Implats) came up with a slick move to try one more time to take control of Royal Bafokeng Platinum, or RBPlat.

The offer, which already has the backing of shareholders holding about a quarter of RBPlat and values their company at a sweet R43bn, comes days after Northam Platinum became the largest shareholder in the target with a large enough stake to have blocked Implats from buying all of the junior platinum miner as intended.

The offer sent shares in RBPlat surging nearly 15% in early trade, reflecting Implats’s pitch directly to shareholders of R150 in a combination of shares and cash. It is a 24% premium to RBPlat’s closing price on Friday, and 80% higher than the average volume-weighted price a month before Implats made its first approach towards the end of October 2021.

It’s not clear if it is the same offer Implats pitched to RBPlat a few weeks ago, but it makes sense that RBPlat’s then top-shareholder Royal Bafokeng Holdings rejected it. For all its compelling industrial merits and value-creation opportunities, the offer is commercially inferior to the R180 per share Northam paid to Royal Bafokeng Holdings (RBH), which houses the commercial assets of a North West province community that sits atop some of the world’s richest platinum reserves.

At the time, it had looked as though Implats, which is led by mining industry veteran executive Nico Muller, would miss out on an opportunity to buy RBPlats. In a crafty move that capitalises on the anger felt by minority shareholders for being sidelined in the Northam-Royal Bafokeng Holdings bilateral transaction, Muller went straight to minorities with the share-and-cash offer.

A large chunk of minorities, who were left in the lurch when Leruo Molotlegi, the traditional king of the Bafokeng community, switched sides at the last minute,  appear to be in favour of Muller’s renewed approach. So much so that Implats has already built a 24.5% stake in RBPlats after institutional investors such as Abax Investments, Allan Gray, Coronation Asset Management and NinetyOne sold their stock in the company.

This is enough to give Muller confidence that other shareholders will follow suit, and give Implats at least a controlling stake that would allow him to dictate the strategic direction of the company.

Aside from complicating Northam’s long-term plans for RBPlat, Implats’s surprise offer underlines Muller’s determination for the company to own low-cost mechanised assets, which are vital to extending the life of its deep-level operations in the adjacent Rustenburg mining complex, and shoot past Sibanye-Stillwater as the world’s biggest platinum group metals producer.

Northam CEO Paul Dunne’s options are limited. One of them is to extend its generous R180 per share, which values RBPlat at R52bn, to minorities, an unlikely scenario as that would blow up its balance sheet, and its slim prospects are implicitly acknowledged in institutional investors’ decision to sell at R150 per share to Implats. Muller was much more candid about it: “There is a clear indication 180 a share it offered to RBH is probably not repeatable.”

Dunne, who defended the lack of wisdom in taking the more than 30% stake in RBPlats by saying the deal provided a platform for a potential tie-up in the long term, could also throw in the towel, sell the stake at a loss to Implats, and face the wrath of shareholders for miscalculated deal-making. That seems doubtful too.

Perhaps the most likely scenario is that Northam will hold on to its stake and jointly run RBPlat with Implats, something Muller said he did not necessarily frown upon. For Dunne, such an arrangement would give him time to recoup the money spent in the bilateral deal with Royal Bafokeng Holdings.

With no competing offers at the moment, unless Dunne pulls a rabbit out of the hat or some other suitor surfaces, Implats looks set to have its hands on RBPlat after trying several times since 2010.

SA should remain open and honest about the pandemic, though it may pay a high price for it
Opinion
1 month ago

With a low take-up of just more than 35% of the population, Ramaphosa’s call for global vaccine equity is a hard message to sustain
Opinion
1 month ago

From abalone to pangolins, poachers escape with impunity as financial flows face scrutiny
Opinion
1 month ago

MICHAEL AVERY: Questions linger over RBPlats’s overtures to Impala and ...

Analysts question the wisdom of Northam’s grab for RBPlat

MICHAEL AVERY: Questions linger over RBPlats’s overtures to Impala and ...

Analysts question the wisdom of Northam’s grab for RBPlat