BRETT HERRON: Big announcements on water and electricity can only be judged on delivery 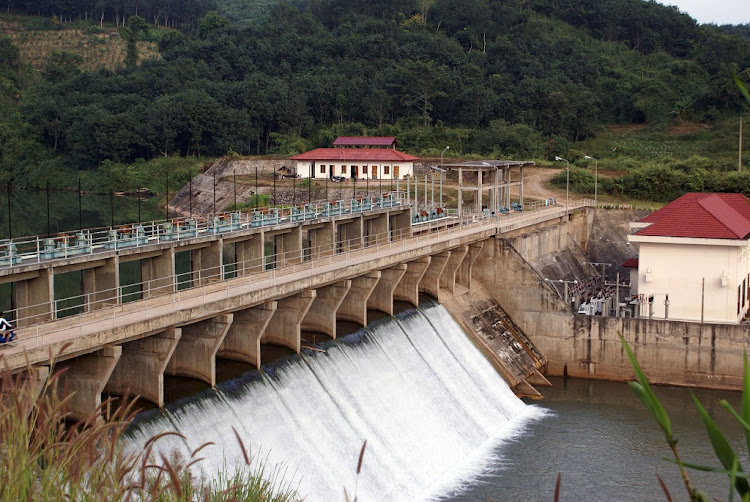 The recent plan announced by the president to alleviate the nation’s electricity crisis contained several steps in the right direction, not least the additional emphasis on the procurement of renewable energy and measures to cut red tape and incentivise industry to generate its own power.

But the proof of the pudding is not in the recipe; it’s in the eating. Take the Mzimvubu water project. It is a grand plan to build three dams on one of the few major SA watercourses that have not been dammed already. It will provide clean drinking water to millions of people, irrigation schemes to fuel agriculture (and livelihoods), and generate clean energy through a hydroelectric scheme to several municipalities.

One in four households in this region of the Eastern Cape (the districts of OR Tambo, Joe Gqabi and Alfred Nzo) presently drink water deemed unsafe by authorities. It is no exaggeration to say that the project will fundamentally change residents’ lives for the better.

We sit with thousands of hectares of unused potential waiting to light homes that have never been lit.

The trouble is, it’s a dream that’s already 60 years in the making. The project was conceived and announced in 1962, by the government of the architect of apartheid, then prime minister Hendrik Verwoerd. It wasn’t implemented then because developing infrastructure in the bantustans of the future was not regarded as important.

Fifty-five years later the old blueprint was dusted off by the government of former president Jacob Zuma, who announced its commencement in his jobs campaign in 2017. But once again the project disappeared from the agenda, buried in the rubble of a crumbling and corrupt administration.

Three years ago light seemed to flicker at the end of the tunnel when the government of President Cyril Ramaphosa initiated work with the building of roads and a construction site. Then Covid-19 intervened, setting things back again.

The project only recently resurfaced. At the end of March the construction of phase 1 at Ntabelanga in Tsolo was announced, followed by publication of an initial R200m tender. Considering the state of our electricity and water infrastructure, and our responsibilities to reduce the level of pollution generated by our coal-powered power station fleet, the Mzimvubu project ticks a number of boxes.

While it is small in comparison to the size of our energy crisis, and hydroelectric power is but one string in the renewable energy bow, it is nonetheless a low-hanging fruit that has its place at the table of SA’s just transition from coal. That’s besides the clean water it will provide.

Looking beyond SA’s climate change obligations, the state of the economy pulls the importance of the promised $8.5bn investment in the just transition by countries in the global north sharply into focus. This investment was confirmed at the Just Energy Transition Partnership meeting on July 21.

At the meeting, countries including the UK and Germany stated they were doing everything they could to complete their transitions and begin to aid ours. With the UK aiming to be coal-free by 2024, it is alarming that SA has not begun to push this agenda. The fact that we have solutions to the problem collecting dust is aggravating.

The government must fulfil its obligations to its people and partners. While some countries are already heavily invested in the generation of solar and wind energy — Japan builds islands to create additional space for solar and wind projects — we sit with thousands of hectares of unused potential waiting to light homes that have never been lit.

It’s time to stop talking and get the renewable energy machine rolling.

Transferring half of its borrowings could widen SA’s overall debt-to-GDP ratio by up to 2.5 percentage points
Economy
1 week ago

PODCAST | SA’s new energy plan is not all doom and gloom, says analyst

Gudiwa Gavaza is joined by Prof Sampson Mamphweli, director of the Centre for Renewable and Sustainable Energy Studies at Stellenbosch University
National
1 week ago
Next Article