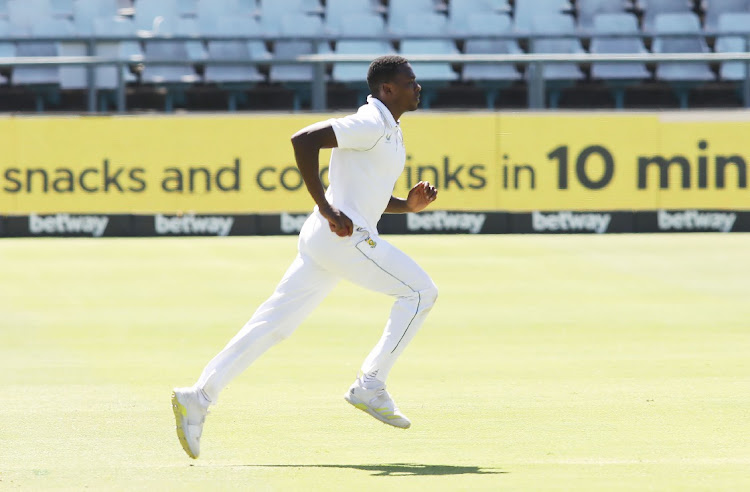 What a week it has been feasting on SA’s sporting best. Banyana Banyana triumphant in the Africa Cup of Nations, Commonwealth Games medals aplenty, with our swimmers and Blitzboks leading the way and the Proteas producing a spectacular third T20 performance to win the series in England. The 1995 Rugby World Cup mantra, “One Team, One Country”, comes to mind.

However, during the same week, the sobering and predictable ANC NEC meeting took place. Jacob Zuma was granted an inevitable extension of his corruption trial, eight women horrifically gang-raped in Krugersdorp, multiple murders and the EFF calling for a shutdown. What a contrast.

Our sporting teams and individuals have shown courage, discipline and heart and are strong role models. They have pride in their performance, a genuine respect for the sport, their teams and country, as well as a purpose to be the best they can be. It really is time the politicians follow their example and knuckle down to fulfil their designated purpose. Self-interest, self-gratification and self-enrichment is not their purpose.

The Proteas team continue to delight with their ability to bounce back and their belief in, and total support of, each other. This is a team on the move. The pool of players vying for a place in the side is abundant with talent. The selectors have their work cut out for them. Picking the right team for each venue in itself is a challenge and then there is the important demographic balance to consider.

The wider leadership in the Proteas teams has brought them to this place of growth and confidence. The roles of Mark Boucher, Dean Elgar, Temba Bavuma, David Miller, Kershav Maharaj and Quinton de Kock need to be celebrated. The strength of the broader leadership within the team with Kagiso Rabada, Aiden Markham, Rassie van der Dussen and Lungi Ngidi adds significantly to the energy and performance.

This leadership group sustains them on the dark days. It needed to, after the disastrous fielding performance in the first T20 in Bristol. The adage, “catches win matches”, was never more evident in the next two T20 matches of the series.

By contrast, the English limited-over leadership of Jos Buttler and Matthew Mott is battling to find their groove. Eoin Morgan’s captaincy is missed, and a new leadership style needs to bloom.

The situation is similar to Divan Serfontein taking over the Springbok reins from legend Morné du Plessis. Early in his captaincy Serfontein said to the team, “Morné was a great leader, but has retired. Anyone who does not like my leadership style can go.” He had the courage to stamp his authority and different leadership style on the team and this worked. Buttler needs to do the same.

Faf du Plessis took over as the Royals Challengers Bangalore captain from the legendary Virat Kohli, who had captained the RCB 140 times and India in 213 internationals across all formats. Kohli was a strong, dominant yet natural leader of men. He was driven by his own excellence and unrelenting work ethic. He showed his pleasure and displeasure transparently. He captained like he played, uncompromising and clear in what he wanted.

Du Plessis brought a more enabling, calmer style of encouragement and confidence to his players. Even when his bowlers were being thrashed, he remained calm and encouraging. The RCB triumphed under his leadership.

David Miller demonstrated the same confidence in Bristol. I marvelled at one moment when Andile Phehlukwayo had been hit for two consecutive sixes and Miller approached him with a smile and gave him a gentle hug.

Every captain needs to be true to his own character and style. Bavuma, Miller with Boucher are a good fit in this ever-changing limited-over format, when one ball can turn a game.

The Test series ahead, against England, will be a cracker. The England Test team is running on hot. Ben Stokes and Brendon McCullum have developed an attacking style of cricket that has been remarkably successful. Yet as Ngidi reminded us recently, that attacking style will bring opportunities to the Proteas.

To win consistently, a team has to know deep down that they are going to win, no question, even when the odds are stacked against you. The Proteas seem to have that deep-seated belief. That attitude is visible in body language, facial expressions and the strength of the shoulders. Coach Boucher has lived by that mantra throughout his career.

With the compacted schedule in the next few years, it is that spirit and togetherness that will keep them going, plus the hard conversations for which they have become known.