Besides a lack of climate finance at a global scale, far too little — about 3% — of this already limited finance flows to Africa 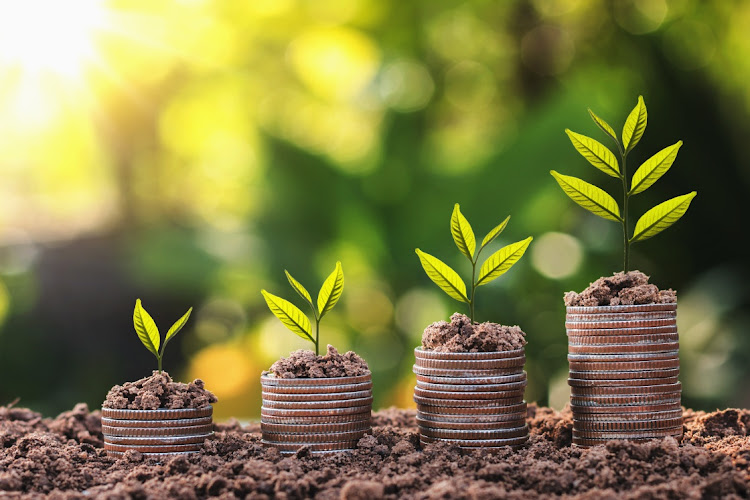 Much has been written about how rivers once shaped the development of cities; the Hudson in New York, the Thames in London and the Seine in Paris. Rivers have provided fertile soil and were once the highways of the world and catalysts for commerce. In Africa the Nile played a similar role, catalysing Egypt’s development, and its mouth at the Mediterranean Sea provided a crucial link to Europe and beyond.

Today it is the flow of finance that is the driving force sculpting cities’ development. In Africa, cities are currently developing in a fragmented, disconnected, polluted and costly way. For the 35 major cities in Ethiopia, Kenya and SA, delivering compact, connected and clean cities will require $280bn of investment by 2050, and the continent as a whole needs at least $832m every year to withstand the effects of climate change.

Building climate resilient, low-carbon infrastructure often carries higher upfront costs than traditional modes of development, but using a lower-cost, climate-blind development approach would likely spell disaster for African cities, most of which are acutely exposed to climate change hazards, and may lock African cities into ageing and noncompetitive fossil-fuel based industries. African cities simply do not have the internal revenue to fund the deployment of the required low carbon and climate resilient infrastructure. External finance is essential.

In response to this conundrum, large green finance facilities such as the Green Climate Fund (GCF) and the Global Environmental Facility (GEF) have been established to assist sustainable development pathways for emerging economies. Since 1992 the GEF has disbursed $22bn in grants and leveraged $120bn in co-financing. While a step in the right direction, mobilised finance for climate change action is way below the broken promise of $100bn a year for developing countries’ climate action, which was meant to be mobilised by 2020.

Besides the lack of climate finance at the global scale we also have a situation where far too little — about 3% — of this already limited finance flows to Africa, one of the continents most affected by climate change. And even less of this finance is flowing to the local level — cities and towns — where climate change effects are experienced and greenhouse gases emitted. Urban climate finance flows to African cities averaged just $3bn a year, tiny in comparison to the global city climate finance of $384bn in 2018.

A plethora of international, national and local actors all have important roles to play in overcoming these interconnected challenges that lie at the heart of one of the most difficult climate change truths: if the Global South does not receive the needed finance to adapt to climate change and develop using low carbon technologies and infrastructure, we risk undermining developmental gains made and sentence millions to a life of poverty and hardship.  Of the actors able to overcome these challenges, development finance institutions (DFIs), working in close collaboration with programme enabler organisations, come to the fore as particularly pivotal.

Programme enabler organisations — like ICLEI Africa — ensure that financing is channelled to where it is most needed, specifically in untested or poorly tested environments, such as city-level climate finance. These organisations perform a number of roles: they respond to the disjuncture between the languages used by financial organisations, and the government institutions and private sector role players critical in creating the enabling environment for finance to flow; they assist in generating the data and knowledge needed for project deals to be made, making critical linkages and providing often underappreciated governance support; they ensure that tight feedback loops occur during monitoring and evaluation of projects so that changes in climate change impacts, as well as socioeconomic and geopolitical conditions, are responded to timeously, and that constant learning leads to responsive and efficient project deployment.

The role of DFIs goes beyond financing projects that are unfeasible for commercial lenders — these institutions also shape development and bolster human and social development. In 2020, DFIs financed projects with a total cost more than $11.2bn with blended concessional finance (excluding grants finance or project development assistance). A DFI that has for decades proven to be a leader in both respects is the Developmental Bank of Southern Africa (DBSA). In the last few years the DBSA has mobilised a total commitment of R3.2bn from various UN Framework Convention on Climate Change climate financing mechanisms, and is one of very few DFIs that has established programmes to provide finance for African cities and towns, which are often seen as too risky for many funding institutions.

But this hasn’t happened overnight. Foresight, leadership and innovative partnerships played vital roles. The DBSA has worked for a decade alongside the department of forestry, fisheries & the environment in implementing the national Green Fund, which was instrumental in building a base for other greening initiatives for the organisation. A key milestone of this journey came in 2014, when the DBSA was accredited as a national agency to facilitate access to GEF finance, and it has to date successfully mobilised $54m (part of the total mobilised from climate financing mechanisms) in GEF commitments to support various projects and programmes in SA, which includes equity support of small independent power producers, biodiversity projects, energy efficiency lighting and disposal of polychlorinated biphenyl projects among others.

Building on this history, the DBSA gained GCF accreditation and established a range of climate financing facilities targeting energy generation, water, waste and sustainable transport development. These funding programmes are also targeting regions, cities and communities, creating estuaries of change where the impacts of climate change are truly felt. Internal policy frameworks on climate change, just transition and, biodiversity, are shaping the DBSA’s long-term goals and project approval processes — a major shift for a financing institution in such a short space of time. Further to the bank’s ethos, the DBSA provides support and lessons sharing with other DFIs across the continent in gaining accreditation to the GCF.

Connecting this progress to the progress being made in African city climate change planning, is central to the aims of initiatives such as the Covenant of Mayors in Sub-Saharan Africa (CoM SSA), where over 280 cities have committed to developing Sustainable Energy Access and Climate Action Plans (Seacap). Providing sustainable, reliable power is key to Africa's energy transition. Recent International Energy Agency reports state that 600-million people, or 43% of the total population, lack access to electricity, and this percentage is increasing.

Careful planning for climate change at the local level has never been more important, to ensure energy access and avoid maladaptive and carbon-intensive projects. However, if this planning is not connected to finance, it becomes immaterial. CoM SSA’s Seacap Toolbox is providing cities with guidance on how to make this connection, by assisting cities in making their climate actions “project ready”, increasing the chances of mobilising finance for their implementation.

Africa’s wondrous natural resources are, once again, being eyed by the developed world, this time for clean energy. Africa is said to possess a technical wind potential of almost 180,000 terawatt hours (TWh) per year, enough to satisfy the entire continent’s electricity demands 250 times over. Furthermore, our youthful and vibrant population is being raised navigating complex environments, similar to those that define transitions. There are many opportunities for Africa to forge ahead along a climate-resilient and low-carbon pathway.

The world will dock on Egypt’s shore for an African COP later in 2022. The continent should not go hat in hand, but rather position itself as holding many of the potential solutions to the globe’s energy and climate change crises. Tangible examples of African-based good practice by organisations such as the DBSA and initiatives such as CoM SSA provide hope and show what is possible when visionary leadership aligns with portholes of opportunity. If our leaders can “be like water”, adapting, adjusting and changing course as needed, we’ll see the transformation needed for Africa’s cities to prosper.

In its scramble to find a solution to the energy crisis, SA must contend with a pandemic, war and ‘crazy’ prices
National
3 weeks ago
Next Article