Farm scandal, the Guptas and Hamilton Ndlovu — the week that was for corruption 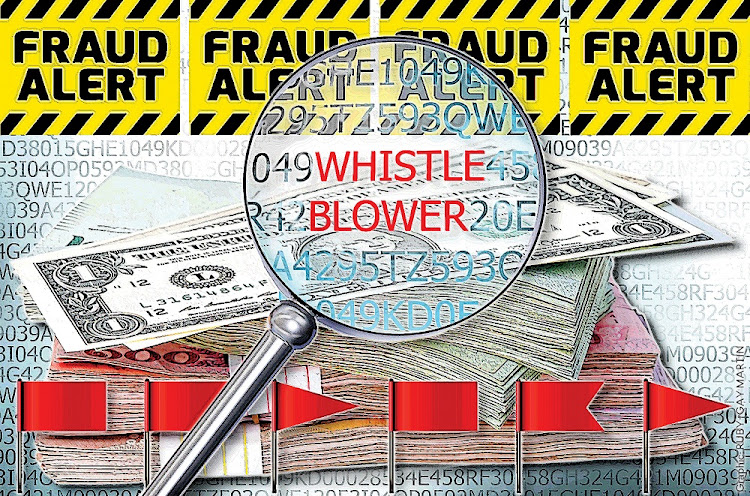 South Africans can be forgiven for feeling despondent about the state of corruption in SA. Every other day, it seems, brings new revelations of alleged malfeasance and misdemeanour, not just from ordinary citizens but from the very top levels of leadership in our country.

However, the other side of the coin is that corruption is not necessarily increasing by the same extent to which corrupt activities are being uncovered. Rather, activities that have been hidden for too long are now emerging into the light because law enforcement agencies are pursuing them, whistle-blowers are reporting them, and the media is paying close attention to them. In addition, processes that have been under way for some time — such as signing extradition treaties, charging implicated people, and issuing red notices — are finally bearing fruit.

This is a positive step for SA, and we need look no further than three significant developments in recent days to get a feeling that the wheel of justice is turning, and the crooks are on the side going downwards.

The (now) highly publicised theft in February 2020 of several million US dollars — in cash — from President Cyril Ramaphosa’s Phala Phala farm raises a multitude of questions. Why is SA learning about it at this late stage? Why did Ramaphosa have such a large amount of foreign currency at this farm and, why was it hidden? Why did the SA Police Service’s annual report not mention the security breach, when it had mentioned others? Would Ramaphosa ever have said anything if former State Security Agency boss Arthur Fraser had not opened a criminal case against him?

Holding such large sums of cash raises a number of red flags, not the least of which is money laundering. Ramaphosa has said the money came from the sale of game on his farm, but has not provided a satisfactory explanation on any of the extensive set of allegations in Fraser’s affidavit. The range of offences laid at the foot of the president include kidnapping, money laundering, corruption, torture and defeating the ends of justice.

South Africans demand transparency and integrity from their leaders. Though they are used to being regularly let down by said leaders, this one hits especially hard after all the “Thuma Mina” rhetoric of the early days of Ramaphosa’s term in office. SA seemed on the cusp of turning a corner on the era of state capture, with Ramaphosa as a driver on that journey, so these allegations will be exploited by those who seek to reverse the anticorruption gains of the past three years. Investigations must follow.

On the 50th anniversary of Watergate we are left with some eerie parallels. Though the scandal is fundamentally about an outlandish burglary, the cover-up looks worse than the underlying crime, and a further question arises: what did the president know and when did he know? When Richard Nixon left office in the US in disgrace, compelled to resign after leaks, whistle-blowers and allegations of hush money, his mantra remained that he was “not a crook”. However, history remembers it differently.

We can only implore a culture of proactive disclosures by leaders facing such allegations. The president can explain to the country, taking us into his confidence, how his business operation still functions, his continued direct involvement, if any, what happened in this matter after the burglary, and how his conduct was not criminal. SA deserves a better explanation from the president than “I have never stolen taxpayers’ money”. We have to hold our top leaders to the highest standards when it comes to how we expect them to conduct their affairs.

• Law enforcement closing in on Guptas

The arrest of Atul and Rajesh Gupta in Dubai, the city to which they fled after the removal from office of their cash cow, Jacob Zuma, in February 2018, will cause many South Africans to feel cautiously optimistic. Four years of Zondo commission revelations has yet to yield much of substance in the line of state capture-related arrests and prosecutions, and the country is impatient for progress and results.

The Gupta family played a central role in contravening procurement processes and laws, scooping up state contracts with ease and regularity and managing to walk away with just under R16bn of the estimated R49bn their various businesses received from the government. Forensic investigator Paul Holden, who produced a report on his investigations into the channels used by the Guptas to move their money out of SA, told the Zondo state capture commission that this is a conservative figure as it captures only the amounts that could be officially accounted for.

An Interpol red notice was issued in February for two of the three Gupta brothers in connection with the R24.9m Nulane Investment fraud and money laundering case. Nulane is said to have been one of the Guptas’ money laundering vehicles, and is the subject of a trial that will start on January 23. The case highlights the importance of cross-border co-operation in bringing corruption suspects to book. Mechanisms such as requests for mutual legal assistance are important weapons in the ongoing fight against money laundering, especially for developing countries that might lack the financial resources, expertise, and capacity to pursue cases on their own.

• Pay back the money

The third significant development relates to so-called tenderpreneur Hamilton Ndlovu, who was one of the many opportunists who saw profit to be made from the Covid-19 pandemic. Companies controlled by Ndlovu, and fronting for him, secured 19 tenders worth R172m for the supply of personal protective equipment to the National Health Laboratory Service (NHLS). Foolishly, Ndlovu could not resist boasting in a video posted to social media about his newly acquired fleet of luxury cars. This drew the attention of the Hawks, which instituted an investigation.

The Special Investigating Unit (SIU) also investigated the contracts and established that they were obtained through abuse of the emergency procurement procedures that were part of the state’s response to the pandemic. The SIU and the NHLS applied to the SIU’s Special Tribunal to have the contracts declared invalid and set aside. The tribunal wasted no time in granting this application, which Ndlovu opposed. The tribunal ordered the errant businessman to pay back R158m, including interest, to the state. In addition, frozen assets worth R42m — property, funds and vehicles — are now forfeited to the state and will be auctioned off.

The tribunal also urged the NHLS to “invoke section 15 of the Preferential Procurement Policy Framework Act to list these entities, their directors and shareholders on the database of restricted supplies” — meaning Ndlovu and his companies are now blacklisted. This case speaks to the importance of beneficial ownership transparency and of knowing who really benefits from a deal or contract. Fixing our public procurement system by ensuring real transparency built into the deals can address SA’s greatest corruption vulnerability.

Time and again we see abuse of the public procurement system where the big money gets looted from state coffers. Greater transparency and stricter enforcement will help shut this down.

The Reserve Bank has sounded the alarm, citing it as a new risk to financial stability
Opinion
2 weeks ago

SA’s downfall has been its failure to properly implement the holistic, research-based NDP 2030
Opinion
2 weeks ago
Next Article