MICHAEL SCHMIDT: State-embedded actors create an environment for crime to flourish across Africa 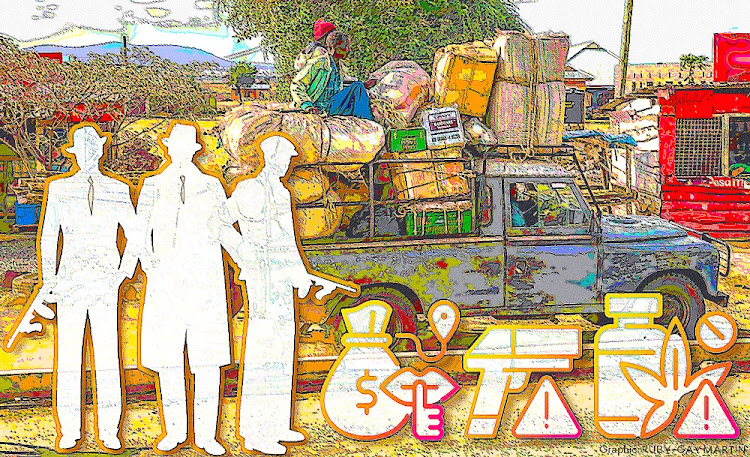 State capture is so widespread across Africa that it is not only a salient SA problem but the continent’s biggest criminal challenge, with state-embedded crooks expanding their influence under cover of the Covid-19 pandemic to advance all forms of syndicate crime.

That’s according to the latest annual crime trends report by Enact, an EU-funded observer of transborder crime in Africa, which is partnered with Interpol. The report analyses 10 key criminal activities as markets — human trafficking; human smuggling; the arms trade; the theft of fauna, flora and unrenewable resources; and the production and distribution of heroin, cocaine, cannabis and synthetic drugs.

The value of Africa’s criminal markets is significant: continentally, illegal logging is worth about $17bn a year; untaxed gold exports cost Ghana alone more than $6bn a year in lost revenue; illegal, unregulated or unreported fishing costs West Africa $2.3bn a year; counterfeit antimalarial drugs are worth more than $400m a year in West Africa; cybercrime costs Africa as a whole $895m a year, and refined fuel theft from Libya is conservatively worth $200m a year.

The Sahel, Forest Belt and East Africa are the most troubled regions, with crime soaring in Ghana and Kenya, while Nigeria and the Democratic Republic of the Congo are rated among the world’s top five most criminally infected countries.

The report also looks at criminal actors, and it is here where state-embedded criminals come to the fore: “While criminal militias, insurgencies loose criminal networks and various forms of foreign criminal actors all play an important role in the criminal landscape across Africa, it is state-embedded actors that are the most dominant vectors of organised crime, facilitating and even taking part in illicit economies up and down the continent.”

SA rates fifth on the continent for the pervasiveness of its criminality, behind the DRC in worst place, then Nigeria, Zimbabwe and Kenya. The report warns that “SA’s overall trend over the last 13 years (2002-2020) is one of worsening instability.”

While the Zondo inquiry into state capture was a positive sign, “there are high, middle, and lower-level state actors in all criminal markets in SA. Pervasive corruption exists within many of the different state departments, including at senior levels within the police, prosecution, and prison services.”

SA and Nigeria present globally rare cases of countries with high institutional and societal resilience to criminality, yet are plagued by high levels of corruption and syndicate crime, the report notes, placing them alongside the US, France, Italy, Spain, Malaysia, Ecuador and Colombia. “These countries tend to [have] sizeable economies, large potential domestic markets and highly developed infrastructure which criminal economies are able to exploit.”

Those best placed to ensure criminal access to infrastructure are corrupt politicians and unelected officials: “there are a number of countries in Africa, including SA and Nigeria, and to a degree Kenya, where state-embedded actors have a significant influence on society and state institutions, but that nevertheless have relatively high resilience scores, having built up a far greater capacity to respond to organised crime than most other African states.”

Thus, in countries like these, a bedrock of more robust institutions, buttressed by officials with integrity, coexist — and combat, sometimes successfully — rife corruption.

The report cautioned that while developed financial and banking sectors “are facilitators of illicit financial flows” and money laundering such as in the Seychelles, they were not included in the report, which is unfortunate as untaxed revenue is equivalent to as much as 11.6% of sub-Saharan trade, according to Thomson Reuters.

The symbiotic relationship between state corruption and criminal expansion seldom involves officials being directly recruited into criminal syndicates, but rather involves corruption eroding good governance, the rule of law, transparency and accountability, and so creating the enabling environment within which syndicates flourish.

A key enabler has been the coronavirus pandemic. “Compared to two years prior, in 2020 levels of criminality had increased, with the gap between criminality and resilience widening; the cocaine trade spiked; state-embedded criminal actors strengthened their hands; and social protection resilience measures remained weak. The pandemic did not only fail to impede illicit flows throughout the continent ... but exacerbated many of the social and structural conditions that often give rise to organised crime — inequality, lack of livelihoods, instability and underdevelopment.” Covid-19 also exposed states’ structural weaknesses to further exploitation.

According to the report, both criminality and state and civil society resilience to it rose slightly in SA under the pandemic, while resilience strengthened significantly in Nigeria, where there was a slight decrease in criminality. Despite the convergence between armed groups and criminal activity on the continent, only SA and Kenya hosted sophisticated “Mafia-style” criminal syndicates.

There is an increasing convergence between criminal networks, in particular the arms trade with human trafficking (child trafficking is on the rise), arms trafficking with non-renewable resources theft, and the cocaine and cannabis trades. Though the drug trade generalises social criminality, the report stresses that drug syndicates themselves stand apart from other criminal outfits.

SA has the oldest methamphetamine market on the continent, but as local production falls supply is increasingly being maintained from West Africa. In Southern Africa only SA, and by extension Lesotho, have significant cocaine markets, while the “heroin market is particularly significant in the major transshipment and destination states of Mozambique and SA, where Afghan heroin is increasingly imported in huge quantities, as well as Mauritius and the Seychelles”.

The African arms market is enormous, with about 100-million weapons believed to be stockpiled or in circulation continentally. In SA it “has been fuelled by a number of flows, including arms coming from outside the country and leftover stockpiles from the apartheid era. In recent years, however, rampant corruption within the police force has been a major driver of arming gangs in the country, with а former high-ranking SA police officer having been found guilty of selling decommissioned weapons to crime bosses.”

In a reversal of past flows, where SA gangs were often armed by surplus weapons from the Mozambican Civil War, the current insurgency in Mozambique may actually be armed by SA surplus.

A Global Initiative against Transnational Organized Crime podcast profiles Guinea-Bissau, where the leaders of the old liberation movement, the PAIGC, and its military faction have control over both legitimate state and illicit criminal rent-seeking. This process, starting from the late 1990s, criminalised the state as the elites came to dominate the emerging cocaine and illegal logging trades, but the contest spiralled downwards into civil war in 1998.

War had been driven by the elites selling arms to a secessionist movement with no political motivation but personal gain. The resulting instability created a self-reinforcing cycle as the state abandoned any pretensions to socioeconomic development, creating Africa’s first “narcostate” by 2008 and driving the population to delink from the state, pursuing a desperate scramble for self-sufficiency.

It is a cautionary tale for SA.

• Schmidt is a veteran investigative journalist and Africa correspondent.

EDITORIAL: With Coke on the way, let’s hope JSE will attract new suitors

From estate agents to banks, many organisations turned a blind eye to the Gupta-Zuma plundering
Opinion
4 months ago

THABANG MOKOPANELE: Only if findings are acted on will Zondo commission be worth the money

Professionals deserve to be commended for their achievements during the Covid-19 crisis, writes MJ Schoemaker
Opinion
5 months ago
Next Article