Does Rio’s board have the right people to drive ESG issues?

And this is a question that should also be extended to Rio’s global peers, such as BHP, Glencore and Anglo American 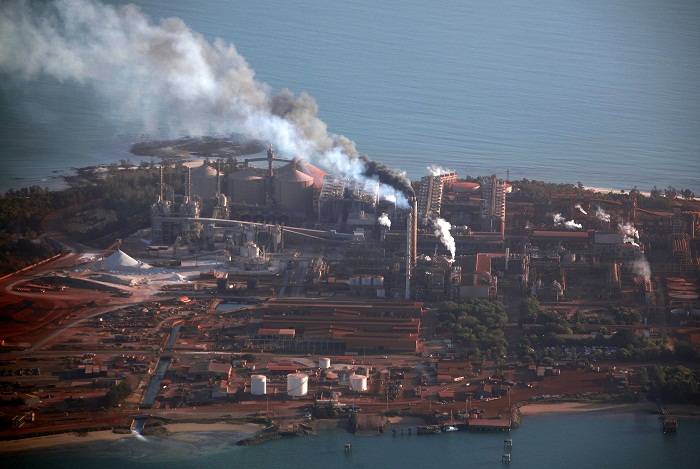 Launceston — Rio Tinto’s board may have stemmed the bleeding of the mining giant’s public image with the belated dumping of CEO Jean-Sébastien Jacques after a widely panned initial punishment for blowing up two significant Aboriginal rockshelters.

Jacques, along with iron ore boss Chris Salisbury and Simone Niven, head of corporate relations, the unit responsible for dealing with indigenous communities, will depart in the wake of the fallout over the destruction of the caves at an iron ore mine in Western Australia state.

But if Rio’s board of directors thinks this is the end of the issue, they are likely to be mistaken — and they are also likely to face increasing scrutiny of their own role in the saga.

The destruction of the caves at Juukan Gorge wasn’t illegal, but it drew the ire of the local Aboriginal people, and the concern over Rio’s actions didn’t take long to spread to investors, politicians and the wider public.

The company’s board initially responded by cutting the bonuses of Jacques and the other executives, apologising and promising new procedures to ensure something similar didn’t happen again.

But these moves were condemned by investors and activists as a mere slap on the wrist, and a sign that Rio still didn’t really understand the importance of community relations.

The question that should be asked is whether Rio’s board has the right people to drive a process whereby environment, social and governance (ESG) issues are placed at the heart of the organisation.

This is a question that should also be extended to Rio’s global peers, such as BHP Group, Glencore and Anglo American.

Looking at the independent directors of these four global mining titans reveals that while they have made some progress on gender and racial diversity, most of the directors have similar backgrounds, raising the possibility of group thinking.

The independent directors of Rio include three people with investment banking backgrounds, four from oil and gas, one geologist, one former public servant/diplomat and one academic, with a background in public policy.

BHP’s board has three directors with diverse manufacturing and industry backgrounds, three mining executives, a former oil and gas executive, two investment bankers and an executive with a technology background.

Glencore and Anglo American have a largely similar collection of independent directors, with industry, mining and banking backgrounds.

This doesn’t suggest these directors don't have valuable skills, but they may lack the sort of experience that comes with handling complex ESG issues.

Imagine for a moment how the conversation may have gone when the Rio board discussed what action to take against Jacques and the other executives in the wake of Juukan Gorge cave blasts.

Was there any board member with the necessary experience to recognise that Rio would be flayed in the media, did anyone ask how would this be perceived by investors and the wider public?

It may well be the case that there was vigorous and heated discussion among Rio's directors, but the initial response showed they didn’t understand the depth of the problem they were dealing with.

What the board probably needed was somebody akin to the Israeli “10th man” theory, a so-called devil's advocate who is able to present a completely contrarian position to what the rest of the board may think.

But for such a director to function effectively, they would have to come from a background very different to the majority of Rio’s current independent directors.

They could not be part of what may be termed the “directors club,” where people sit on multiple boards of top-flight companies.

They could not be an executive from the same industry, or indeed from related industries, and they couldn't be an investment banker, lawyer or accountant.

One suggestion is to appoint a recently retired senior business journalist or editor, somebody whose first instinct is to ask: “How would I report this decision, what would I ask the chair and the CEO?”

Business leaders, by nature of the still largely hierarchical nature of their organisations, are more used to people telling them what they want to hear and having people agree with them.

Somebody who has spent a career questioning what they are being told, challenging corporate public relations-speak and focusing on the real importance of issues would be of extreme value to a board.

It's relatively easy, and comfortable for the existing board, to find like-minded people with extensive business experience to help steer and oversee a diverse business such as Rio.

Finding somebody to constantly challenge the board, the management and their decisions would be far harder, and less comfortable for the incumbents.

But until companies like Rio realise the game has changed, and ESG likely will become the main driver of their business success, they are likely to prove unwilling to make the dramatic changes the situation clearly justifies.