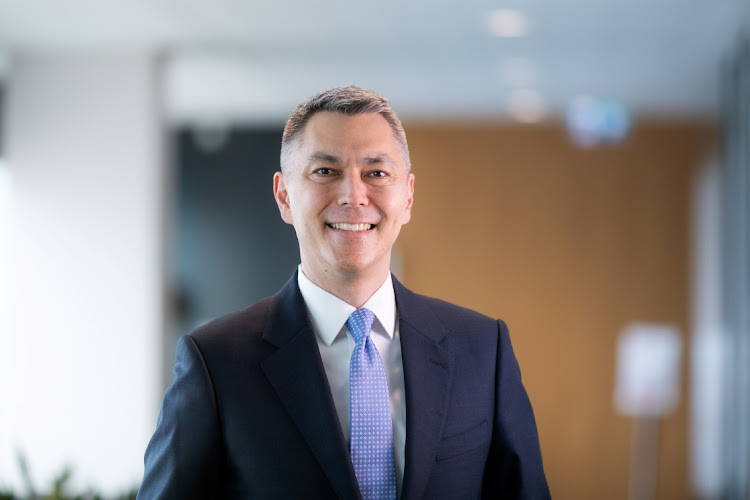 Melbourne — BHP will link a portion of bonus payments for CEO Mike Henry and key leaders to progress by the world’s top miner on lowering greenhouse gas emissions at both its own operations and those of its customers.

Henry, promoted in January, and others will have 10% of short-term incentive payments tied to measures to curb emissions across its supply chain, including through the use of its iron ore and coking coal in a steel-making sector that accounts for about 7% of all global emissions.

BHP will seek to help the steel industry reduce emissions intensity by 30% by 2030 and aims to support a similar cut of 40% in the maritime sector, the Melbourne-based company said Thursday in a statement.

“We expect our actions to catalyse broader emissions reductions throughout the steel and maritime sectors,” Henry said in notes of a speech to investors. “We are also making a direct connection between these measures and executive remuneration.”

It’s the company’s approach to scope 3 emissions — those mainly created when customers such as China’s steel mills use BHP’s raw materials — that’ll be most in focus for investors and climate scientists. Supply chain emissions, much like for oil majors, typically account for more than 90% of BHP’s total.

Some analysts argue that setting intensity targets is less valuable than more precise goals to make specific, absolute reductions to volumes of emissions. Major polluters including miners and oil producers are also facing more scrutiny over the immediate steps they are taking towards emissions reduction targets that are typically decades away.

BHP will take action to lower its operational emissions by 30% by 2030 from current levels — seen by the company as a way-marker on a longer-term path to have net-zero emissions at its sites by the middle of the century.

The miner’s plans compare to rival Rio Tinto Group’s intention to cut absolute emissions at its operations by 15% by 2030 from 2018 levels. London-based Rio argues it has less scope than competitors to make additional large reductions, and also is opposed to setting targets for reducing carbon emissions generated by its customers. Oil and gas producer BP is targeting a 20% cut in emissions from its operations by 2025.

BHP offered little new detail on its plans to help customers curb their emissions, though reiterated it would invest in the development of new technologies, including carbon capture and storage projects. The company also acknowledged it faces a complex task to decarbonise its vast truck fleet.

The producer, which in August confirmed plans to sell some coal mines, sees itself as well positioned to continue to generate profits in a world seeking to limit the effect of climate change to a temperature rise of 1.5°C above pre-industrial levels.

“The greater the global efforts to decarbonise, the stronger the effect on demand for copper, nickel and potash,” chief development officer Johan van Jaarsveld said in the speech notes. “As well as the increasing need for more steel to build wind farms, pumped hydro and other decarbonisation-enabling infrastructure.”

The buyback, aimed at reducing debt and interest payments, has been capped at $1.9bn, excluding interest
Companies
9 months ago
Next Article