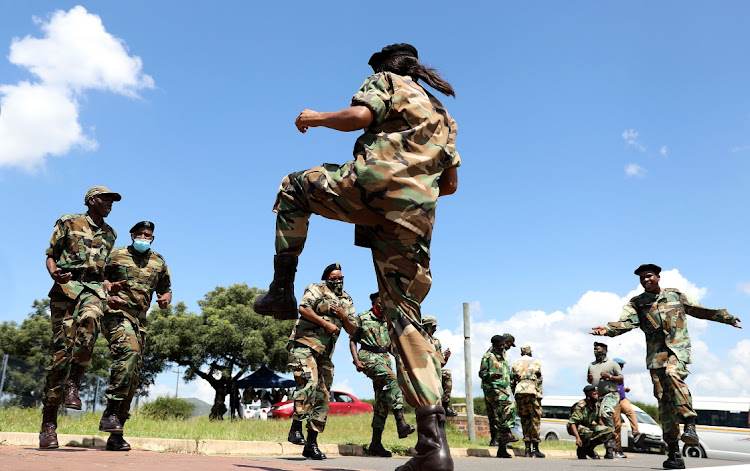 A group of military veterans on Wednesday refused to leave the Durban hotel were they were receiving counselling for trauma suffered in the recent floods in KwaZulu-Natal, prompting the hotel’s management to lock them out and call metro police as tensions mounted.

About 212 members of the Umkhonto we Sizwe Military Veterans Association (MKMVA) were booked in for several days at the Royal Hotel, but management refused to let them return to their rooms after a disagreement about payment.

MKMVA member Thulani Biyela, 49, said the group were receiving counselling after many had lost their homes in the floods that devastated the province in April.

“We stayed overnight but they [the department of military veterans (DMV)] didn’t tell us what the programme would include. Today [Wednesday] they gave us a programme and said that after it is done we must leave in the afternoon,” Biyela said. “They said a few people would be selected to stay behind and continue with the programme.”

Members were dissatisfied with the organisation of the event, he added. “A lot of us travelled here and now we must pack up and leave when they said we should come for three days. Some of us have lost everything and they didn’t come with all the relevant departments to help us. They are just opening old wounds from what we endured in the floods.”

Another member, Dudu Phakathi, 46, said the department had left them stranded and was unwilling to discuss the matter, resulting in the standoff with hotel staff.

“We demand to see the financials of DMV because they told us we must come for three days and now they are kicking us out. Where is this money going if it is not being used for us to get the counselling and support we need?”

In October, dozens of military veterans were arrested after defence and military veterans minister Thandi Modise and her deputy Thabang Makwetla were allegedly held hostage at St George Hotel in Centurion, Gauteng.

The state has since withdrawn its case against the 53 veterans charged in the matter.

We need to retire more senior staff and recruit more young and agile people to save costs, the minister says
National
1 month ago

Three senior SANDF officials who headed the lobby for unregistered drug could face charges, while CFO Siphiwe Sokhela refused to give in to their ...
National
2 months ago
Next Article