Steyn and Pienaar staying put with the Cheetahs 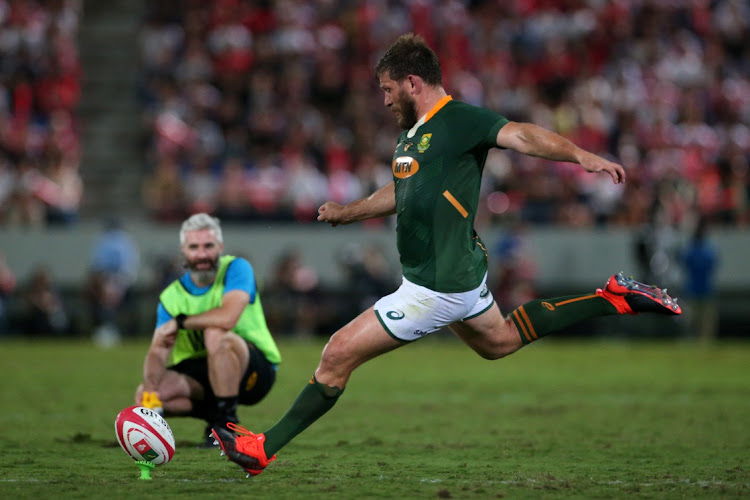 Frans Steyn and Ruan Pienaar will continue to defy Father Time at the Cheetahs until at least the end of 2023.

With a combined age of 73‚ the pair’s experience was deemed indispensable by the Cheetahs who have extended their contracts as the franchise continues to bide its time in the international wilderness.

Despite that Steyn‚ 35‚ a double World Cup winner and Pienaar‚ 38‚ who won it once‚ have opted to renew their contracts at the province their careers started.

Steyn‚ who had earlier turned down an offer to play in Japan again‚ is reluctant to give up farm life‚ while Pienaar has found contentment with his family in Bloemfontein.

Given Steyn’s ability to still affect matches‚ questions arise about the likelihood of him playing for the Springboks again. He missed the series against the British & Irish Lions‚ but played seven Tests in 2021‚ including the Springboks’ last against England.

“My focus has been on deciding whether I should stay in Bloemfontein‚” said Steyn. “I am glad I am staying with the Cheetahs and want to thank everyone who made that possible. I want us to do well in the Currie Cup and what happens after that are concerns for another day.”

The Cheetahs‚ who are a point behind the Blue Bulls‚ are unbeaten in the Currie Cup‚ but have a game in hand.

“It comes down to key players and key personalities‚” said Cheetahs CEO Ross van Reenen after pointing out that the Cheetahs finished second from bottom in 2021’s Currie Cup.

Pienaar echoed Steyn’s sentiments‚ saying the Cheetahs are in the throes of “a special time”‚ but the team is a work in progress.

“We are trying to build something special‚ but there is still a lot of hard work to do‚” said Pienaar.

He is a veteran of 74 Tests and has played wing‚ fullback‚ centre and flyhalf for the Springboks.

Pienaar‚ who played scrumhalf‚ flyhalf and fullback for the Boks in 88 Tests‚ returned to the Cheetahs in 2019 after representing the Sharks‚ Ulster and Montpellier.

Their presence has helped the franchise retain players while it has inspired others to join.