Tsogo Sun optimistic Covid-19 crisis is behind it, but full recovery still a year off

Revenue tripled in the group’s first half, albeit off a low base, and is still less than half of that before Covid-19 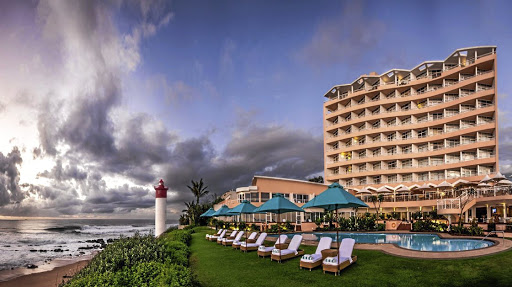 SA’s biggest hotel operator, Tsogo Sun Hotels, says improving occupancies has put it in a position to comfortably start generating cash rather than burning through it, but it expects to have to wait until the summer of 2022 before it sees a full return to pre-pandemic trading levels.

After the third wave wiped out about R100m in revenue, the uptick in trade was quite remarkable, CEO Marcel von Aulock said during an investor presentation on Wednesday, though the group is still trading at only 50% of system-wide rooms sold before Covid-19.

“If we don’t have a big fourth wave, if we don’t go back into restrictions, we are seeing pretty good signs of recovery in trading, even if we aren’t at normal levels,” he said.

“We think we are through the crisis, and can actually be cash flow positive,” he said.

Covid-19 had forced SA hotel operators to cut staff and close hotels as tourism fell off a cliff, but Tsogo said on Wednesday it is much better prepared for another wave, and would be able to more rapidly deactivate hotels and reduce rostered staff to keep cash burn to a minimum.

The group, which also runs more than 100 hotels across Africa and in the Middle East, reported income of R959m for its first half, from R335m previously, with this figure not including R162m in net insurance proceeds from business interruption claims.

The claims, however, allowed it to generate R145m in earnings before interest, taxation, depreciation and amortisation, and restructuring, from a loss of R206m previously.

The group also received a one-off boost related to the Castle Lager Lions Series tour, of R64m, but group income is still well below the R2.1bn it generated in the pre-pandemic interim period.

However, with the third wave of Covid-19 infections and the slow vaccination rollouts both locally and globally clear indications that recovery in the trading to pre-Covid-19 levels will extend into the 2023 year, the group said.

As the third wave subsided and restrictions were relaxed, trading activity has consistently increased and in October, the group achieved its highest room sales since the pandemic began, though these were only 59% of pre-pandemic levels. 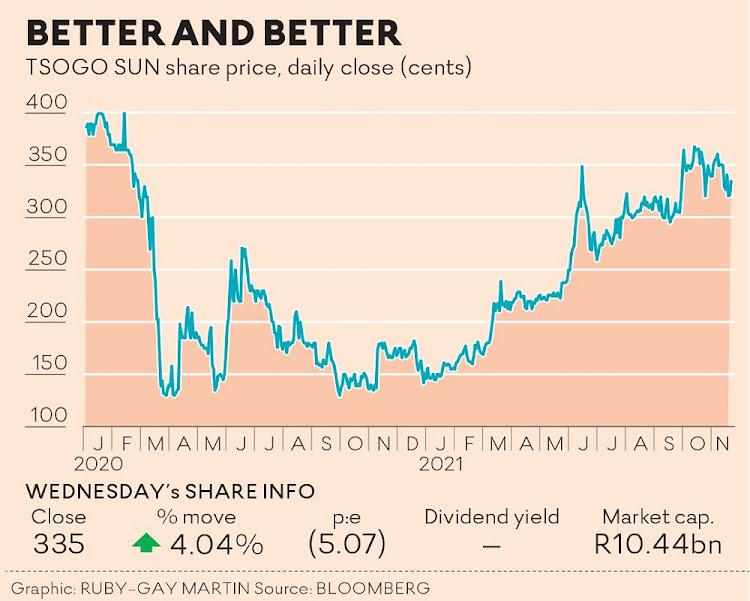 For the group to return to normalised pre-Covid-19 trading levels, the international and corporate segments needed to return.

The removal of SA from the UK’s red list, which is one of the group’s key source markets, is a welcome step, Tsogo said.

While there have been signs of increased international and corporate activity, particularly in Cape Town, higher volumes of big tour groups and corporate travel is likely to return only late in 2022.

Net debt was maintained at R3bn, with the group successfully extending its R600m general banking facility, of which R100m was utilised during March and an additional R100m accessed in June, the latter of which was used to settle offshore dollar-denominated debt.

This was done at a favourable rate of R13.56/$, with Von Aulock saying “it’s probably the first and last time I ever got a currency bet right in my life”.

Update: November 24 2021
This article has been updated with additional information throughout.

Income got a welcome boost from the British and Irish Lions rugby tour in July, but the group says it will still report a headline loss
Companies
5 months ago

The UK is SA's biggest tourist market with 430,000 British citizens having visited SA in 2019
Business
7 months ago
Next Article