Income got a welcome boost from the British and Irish Lions rugby tour in July, but the group says it will still report a headline loss 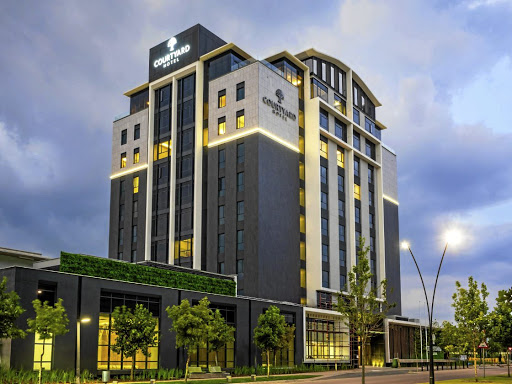 New kid on the block: City Lodge is set to open the Courtyard Hotel in March. Picture: SUPPLIED

Tsogo Sun Hotels said trading conditions have steadily improved over the past six months, with room sales in September reaching almost half those of pre-pandemic levels.

Revenue is forecast at R895m to R1.025bn in the six months to end-September — as much as triple in the same period in 2020, when Covid-19 restrictions shuttered hotels as tourism and business travel ground to a halt, it said in a trading update on Thursday.

But even at the upper of its forecast range, the amount would still be less than half of the R2.08bn in interim revenue Tsogo Sun generated before the pandemic.

When Covid-19 hit, Tsogo closed many of its hotels — except those offering rooms for people in quarantine — operating a skeleton staff and deferring salary increases and bonuses.

Tsogo Sun, which also runs more than 100 hotels across Africa and in the Middle East, is the biggest in SA's leisure sector. Offerings range from hotels catering to the hoi polloi to the upper end, including the Mount Grace Hotel & Spa in Magaliesberg and 54 on Bath in Rosebank, Johannesburg.

Covid-19 continued to pressure business in 2021 amid a third wave, while general fear among travellers of contracting the highly contagious Delta variant negatively affected trading in all regions, setting back recovery significantly, Tsogo Sun said.

“Simultaneously, violent protests and civil unrest erupted in Gauteng but most materially for the group, in KwaZulu-Natal which had been the group's best performing region throughout the pandemic.” There was no damage to hotels, however.

Despite these setbacks, Tsogo said it was able to secure rights as the sole accommodation provider for the Castle Lager Lions Series rugby tour to SA, the timing of which was ideal as it offset some of the revenue shortfall in July. In addition, the group recognised insurance proceeds of R162m, which is not included in revenue guidance.