The group says it’s yet to feel the full benefits of recent price increases, but is facing uncertainty in Russia which generates a fifth of its profit 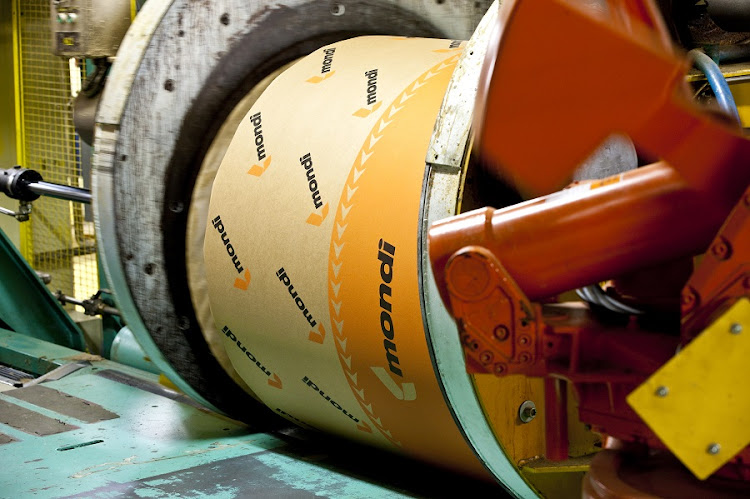 Mondi says a rebound in volumes, successful price increases and market share gains boosted its profits by double digits in 2021, but that its return to pre-pandemic levels was threatened by rising energy costs and the situation in Ukraine.

The paper and packaging group has generated a fifth of its underlying core profit in Russia for the past three years, casting a shadow over a group that had managed recover well from surging input costs in 2021, while also gaining market share in all its key markets.

Mondi CEO Andrew King said on Thursday the group was unable to predict how the war would affect its Russian business, which remained operational, despite the fact that the situation was unstable.

But the group had reasons to be optimistic, having managed to pass on rising costs, including surging energy costs in 2021. Mondi had also gained market share in a trading environment where demand for packaging was beginning to accelerate, amid a rise in e-commerce, with customers also becoming increasingly environmentally conscious.

“These strong structural growth drivers are not going away. We think we can do more than our fair share of that,” he said.

Group revenue rose 16% to €7.7bn (R131bn) in the 12 months to end-December. Underlying earnings before interest, taxation, depreciation and amortisation (ebitda), or core profit, rose 11% to €1.5bn, about 9% below pre-pandemic levels.

The effect of planned maintenance and project-related shutdowns on core profit in 2021 was about €165m, from €100m in the prior year, with Mondi expecting this cost to fall to €110m in 2022.

Group revenue benefited from a combination of increased sales volumes and higher prices, and Mondi said it continued to benefit from customers’ preference for large, reliable suppliers, as well as environmentally friendly products.

Prices were higher across the entire business and most significantly in corrugated packaging, the group said, which accounts for about a third of revenue.

Strong growth was also reported in retail end-uses, in particular paper-based shopping and e-commerce as well as food and pet food.

King said Mondi was also benefiting from its innovation, resulting in increasing brand awareness. Its innovative products included its “e-Grocery” packaging, which can maintain internal temperatures for more than a day, eliminating a need for refrigerated trucks.

The group’s shares, however, have slumped since Russia’s invasion of Ukraine, which has led to unprecedented sanctions against Europe’s fifth-largest economy.

Mondi’s shares were down 3.33% to R306.53 in afternoon trade on Thursday, having fallen more than a fifth since Russian troops entered the Ukraine in late February.

Cratos Capital portfolio manager Ron Klipin said Mondi’s shares were simply reacting to the high levels of uncertainty around the conflict, which was taking place in a region that had been a consistent performer for the group.

“It really is a quality operation they have been going in Eastern and Central Europe, but we don’t know how this conflict will resolve,” he said.

Mondi, however, looked set to continue to benefit from trends in e-commerce and consumer packaging that had been boosted by Covid-19 and showed no signs of slowing down, as well as offering high margins, said Klipin.

Update: March 3 2022
This article has been updated with additional information throughout.

Why Sappi is a stock to buy