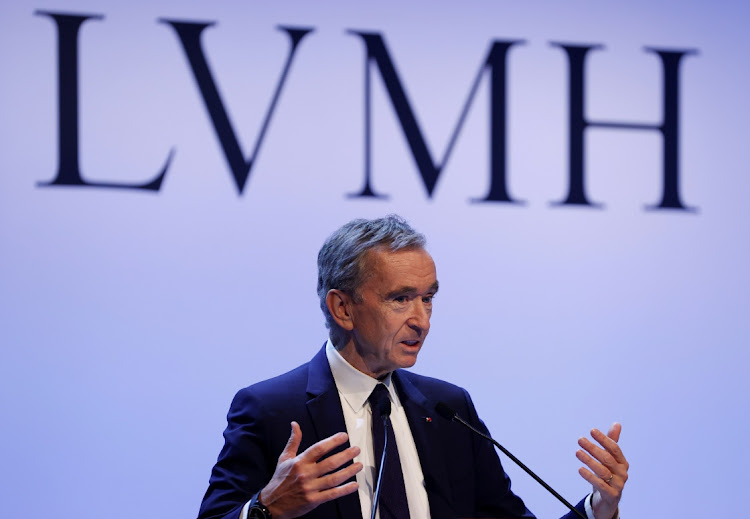 Paris/Milan — French luxury goods group LVMH plans to overhaul Tiffany & Co’s vast merchandise line-up to focus more on gold and precious gems while going more upmarket with its silver bangles after closing the $15.8bn takeover of the US jeweller this month.

Six sources including two people with inside knowledge of Tiffany’s operations said the owner of Louis Vuitton would also likely revamp the appearance of the jeweller’s stores and boost its presence in Europe and Asia.

More than a third of Tiffany’s 320 shops are in the US and two sources described some of them as out of date, shoddy and in need of refurbishing.

“LVMH can give Tiffany the kind of time and money needed to make some big investments in the product range and in stores worldwide, and wait for those to pay off in the medium term,” one of the sources said.

At a meeting in New York for Tiffany’s 14,000 employees on January 8 — a day after LVMH installed a new leadership team — the group’s new bosses laid out their initial plans to focus on high-end, sparkling jewellery, said one person who attended it. The group is also considering building out Tiffany’s line-up in watches, another source familiar with its thinking said.

Unlike such rivals as Richemont-owned Cartier and Van Cleef & Arpels, as well as fellow LVMH brand Bulgari, Tiffany’s products range from $150 silver pendants to diamond necklaces priced in the tens of millions.

Silver jewellery has gross margins of about 90% and offers a perfect entry point for younger, less wealthy shoppers, but top industry names also need the medium- to high range — with a price tag above $100,000 — to create an aura of exclusivity, experts say.

In a video message to employees during the meeting, LVMH boss Bernard Arnault, who is also France’s richest man, said he wanted to elevate Tiffany’s standing, even if that took time.

“We will also prioritise Tiffany’s long-term desirability over short-term constraints,” Arnault said, according to a person who attended. At one point brandishing one of Tiffany’s signature robin’s egg-blue boxes, Arnault underscored the label could count on cash-rich LVMH’s resources.

The world’s biggest luxury goods group, also home to Moet Chandon champagne, was shaken by the Covid-19 pandemic and sales in airport stores plunged, but its biggest labels have stayed the course.

The mood among some of Tiffany’s workforce is anxious nonetheless.

A senior store employee in Europe said the jeweller would benefit as a more sophisticated, exclusive brand under LVMH, but also worried about the group’s reputation as a demanding owner.

“If a store doesn’t quite work, they just shut it down,” this person said, speaking on condition of anonymity.

Arnault is known for dropping in on stores unexpectedly — including at a Tiffany store in Seoul after the deal was announced in late 2019, where he pointed out blips such as a cleaning product that had been left out on a stand and a pink Post-it note saying “not available” that had been put up on a product, people familiar with the group said.

LVMH and Tiffany declined to comment. LVMH is due to report full-year 2020 results later on Tuesday.

After a bruising court battle midway through the acquisition process, which ended with Tiffany and LVMH renegotiating the price tag slightly downwards, Arnault had soothing words for the US jeweller.

He told the town hall Tiffany’s resilience in recent months had exceeded LVMH’s expectations, one of those present said.

The group had previously called Tiffany’s prospects “dismal” due to poor management during the Covid-19 crisis.

Tiffany regained some ground through online sales and in China in its last quarter. Jewellery as a whole, one of the fastest growing luxury sectors in recent years, has resisted more than other areas during the pandemic.

Tiffany is less exposed than rivals to Asia-Pacific — a driver for luxury sales — which accounted for 28% of its worldwide sales of $4.4 billion in 2019. Europe stood at 11%.

LVMH will scrutinise store performance and locations, and could use its clout to get better leases or find better showcases freed up by other brands within the group.

New York-based Tiffany, founded in 1837, achieved world fame with the 1961 movie Breakfast at Tiffany’s starring Audrey Hepburn, but a fresh marketing push could help the brand.

Alexandre Arnault, one of four Arnault children with roles at LVMH and now Tiffany’s executive vice-president, in charge of product and communication — told the meeting he would focus on advertising campaigns and luring young customers.

The 28-year-old helped LVMH acquire luggage-maker Rimowa and gave it a hipster edge while CEO there, through collaborations with Dior that made it sexy for the runway.

The young Arnault will work alongside new CEO Anthony Ledru, who ran Vuitton’s global commercial activities but is also known for rolling out its high-end jewellery line and had a previous stint at Tiffany and also at Cartier.

He takes over from Alessandro Bogliolo, who had already overseen a multiyear renovation of Tiffany’s flagship New York store on Fifth Avenue, and the purchase of an 80-carat-plus oval diamond to be set in a necklace that will become its most expensive piece of jewellery.

Sales rose in the group’s quarter to end-December, driven by robust demand in China, the Middle East and Africa
Companies
4 months ago

What we’ll buy in 2021, apart from less sweatpants

What we’ll buy in 2021, apart from less sweatpants