The ANC national chair told party delegates that if they are not united after the conference, ‘even the slightest chance of rebuilding and renewing the ANC will disappear’ 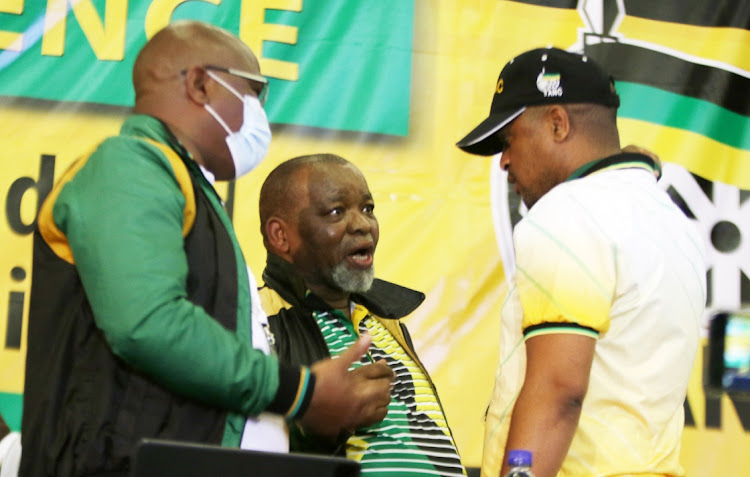 ANC national chair and mineral resources and energy minister Gwede Mantashe has publicly admitted that the governing party is “arrogant”, “out of touch with society”, dogged by a “trust deficit” and has its “back against the wall” as it struggles to do the basic functions of local government such as fixing potholes.

He called for the ANC Eastern Cape provincial conference, currently under way in East London, to make decisions that would unify the organisation and help it address socioeconomic challenges.

The ANC is dogged by operational, administrative and financial problems, which have led to it failing to pay its staff for months.

It lost control of the crucial Gauteng metros of Johannesburg, Ekurhuleni and Tshwane to DA-led coalitions during the 2021 municipal election, after its national electoral support fell below the 50% mark for the first time since 1994.

The governing party is riddled with factionalism and a number of its senior leaders have been implicated in corruption and other ills by chief justice Raymond Zondo, chair of the commission of inquiry into state capture.

President Cyril Ramaphosa declared in August 2020 that the ANC “was accused number one” in corruption.

In his address to the conference in East London on Saturday, Mantashe said there was an opportunity to revive the ANC.

“But if you come out of this conference not united, even the slightest chance of rebuilding and renewing the ANC will disappear,” he said.

The Eastern Cape is the third-largest province after KwaZulu-Natal and Mpumalanga, and played a crucial role in Ramaphosa’s election as ANC leader at the governing party’s national elective congress in Joburg in 2017.

Mantashe said the decline in electoral support during the local government elections in 2021, “tells us that we are in trouble. Our back is against the wall. Something must be done to correct the association”.

“This province must protect the ANC’s right to govern,” he said. However, the ANC’s support in the Eastern Cape has been declining over the years. In the 2011 municipal elections, the party received 71.38% support, which plummeted to 65.31% and 62.99% during the 2016 and 2021 municipal elections respectively.

Mantashe characterised the ANC as a leader of society that had lost touch with the people. The party needed to be rooted among the people, he said: “We are a movement of hope. We must reconnect with our people and apologise where necessary ... Society does not owe us any favours. We are from the local government elections, we did very badly. It’s not like society hates the ANC, it’s because we are not connecting [with society]. ANC councillors are arrogant. Arrogance switches off people in society who believe in ANC.”

Mantashe said the trust deficit “is an outcome of [ANC] arrogance in dealing with society ... how does society trust us? Society cannot trust us, we must improve….”

The ANC national chair, however, defended the party’s cadre deployment policy of putting its members in key government positions and state-owned companies, saying it paid dividends, with a “65% success rate”. The controversial policy has often been blamed for a slew of service delivery challenges, with the ANC accused of putting clueless people in the key posts.

Meanwhile, Mantashe appealed to the different ANC factions vying for control of the Eastern Cape, saying they must not fight one another as if they were enemies. He told delegates that they could “force factions to talk to one another”.

Madikizela told Business Day on Saturday — without giving much information away — that his camp was talking to Qoboshiyane with a view to form a united front against Mabuyane, a staunch supporter of Ramaphosa, who himself is expected to seek re-election as ANC president during the party’s national conference in December.

Addressing the media earlier on Saturday, home affairs minister Aaron Motsoaledi, who is convener of the party’s national executive committee’s deployees to the province, said the ANC had tightened “all loose ends” to avoid the conference from being challenged in court, as was the case during the last conference in 2017.

About 1,500 delegates are expected to vote for a new party provincial leadership during the conference ending on Sunday, where Ramaphosa is expected to give a closing address.

Andile Lungisa says about 1,600 people are set to attend the conference in East London, where premier Oscar Mabuyane is seeking reelection as ...
National
3 weeks ago

Calling a winner in what is probably a three-horse race is close to impossible as delegates may yet change their minds, political analysts say
National
3 weeks ago

Mabuyane in three-horse race to chair ANC in Eastern Cape