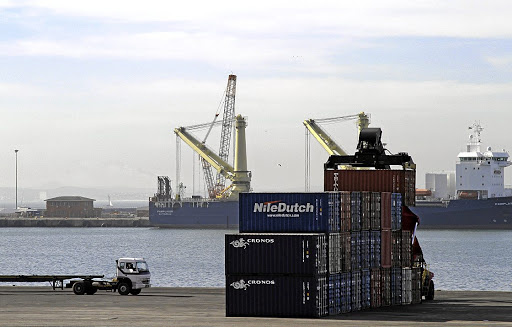 Shipping containers stand on the quay at the harbour in Cape Town. Picture: BLOOMBERG

Cape Town harbour is not working. I don’t know if there are those within Transnet whose objective it is to prevent the port from operating efficiently, or whether it is just another example of incompetence at SA’s state-owned enterprises, but the result is the same — huge financial costs to, among others, the wine and fruit exporters.

“Concerns” have been raised from as far back as 2019 (before the Covid-19 pandemic) with regard to truck queues outside the docks, as well as loading/offloading delays. My company has containers on the Xing Gao 11, which was outside the harbour on January 9 but where offloading is only scheduled to start on January 25. That and the long lines of trucks waiting outside the docks every morning suggest that despite almost three years of expressed concern, nothing has been done to rectify the situation.

Transnet Port Terminals must be removed and this crucial facility managed by the Western Cape government instead. After all, if Cape Town harbour continues to malfunction, the province itself is doomed.

Plan for ports authority split from Transnet at advanced stage

In unaudited results released late on Friday the company said its loss narrowed to R104m for the six months to end-September, from R3bn previously
Companies
6 months ago
Next Article