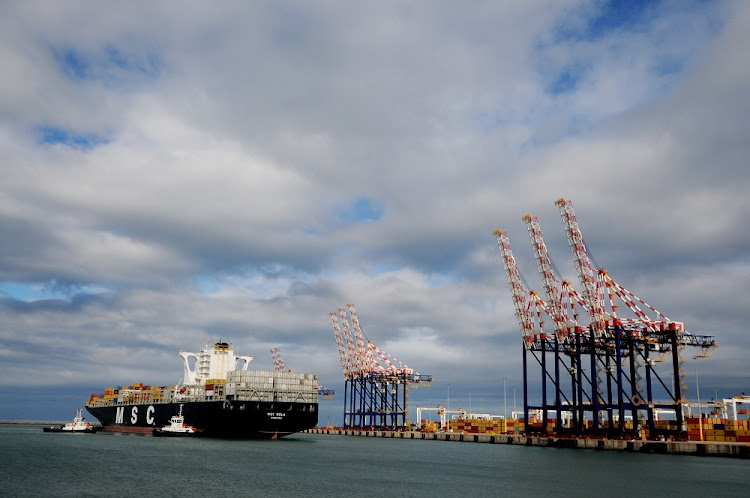 Transnet National Ports Authority, which manages all eight commercial ports in SA, is looking to increase tariffs by up to 24% in the 2022/2023 financial year — a move that has irked industry players and the Western Cape provincial government, which say the proposed above-inflation hike cannot be justified.

The Ports Regulator of SA, which is tasked with regulating and promoting access to ports and to the facilities and services they provide, is currently assessing Transnet’s tariff hike application and a final decision is expected in December or January. SA’s port charges are excessive by global standards and have long been identified as an impediment to business.

The push for a tariff hike comes as importers and exporters have been left frustrated and fearing huge losses following  recent operational challenges including ageing, out-of-service infrastructure, and congestion at the ports in Cape Town, Durban and Richards Bay — three major import and export hubs.

Earlier in October, fires broke out at Transnet port terminals in Richards Bay and in Durban. The state-owned company subsequently declared a force majeure at its Richards Bay Bulk Terminal as it moved to avoid liability for being unable to fulfil its contractual obligations.

The Minerals Council SA, the mining industry lobby body representing about 90% of the country’s mineral output, said on Wednesday that while it had not made a direct submission to the ports regulator, it had recently registered its concerns with government about the high tariffs.

Mining is a mainstay of SA’s economy and a key earner of foreign exchange, employing 450,000 people and contributing 8.2% to GDP in 2020.

The council recently pointed out in a submission to the government that at $117 per 20-foot container, SA is currently located in the upper middle cost quartile of the top 50 terminals worldwide. It said the cost structure of Transnet’s port charges needed to be rebased to improve competitiveness.

The council further highlighted that port charges in SA were higher than competitors’, which has resulted in an increased use of other ports in the region at the expense of SA ports.

“The Minerals Council has raised its concerns with various government departments about the productivity at major export harbours, the state of port infrastructure, and the charges ports impose on users, which are not globally competitive,” the council said.

It said that coupled with heavily disrupted railway infrastructure as a result of high levels of theft and vandalism, SA’s bulk mineral producers were unable to take full advantage of strong prices for commodities such as coal.

“The Minerals Council is in involved in high-level talks with Transnet about bottlenecks and constraints on all the mineral export channels to find sustainable solutions that would financially benefit both parties and the country,” the council said.

It estimates that the opportunity cost to bulk commodity producers is about R30bn so far in 2021 because of the constraints at the export hubs.

In a letter to the ports regulator this week, Western Cape finance and economic opportunities MEC David Maynier said Transnet's tariff hike application could not be supported. He said that over the past year, port inefficiencies coupled with Covid-19 challenges had also worsened frustrations among port users and had been detrimental to the Western Cape’s economy.

Due to the inefficiencies, there had also been an increase in shipping lines omitting the port of Cape Town, and vessels bypassing the area, Maynier said.

The port of Cape Town is a critical channel for exports and imports and is a major economic gateway for the province, with imports and exports flow amounting to approximately R152bn per year.

Maynier pointed out that the regulator’s 2020/2021 global price comparator study found that total port authority costs in SA is still at a high premium of 146% above the global sample average.

“This situation is not consistent with the mandate of the authority to lower the cost of doing business and enable economic growth, nor with their vision of becoming a world-class port system,” Maynier said.

In its application to the regulator, Transnet has justified its request for tariff hikes saying it is necessary for it to fulfil its mandate of facilitating economic development.

It says capital investment is the central pillar of the economic recovery and reconstruction plan of the state and underpins the national goal of creating an optimal freight system for enabling economic growth.

Data from Stats SA shows the annual inflation rate stands at about 5%.

The staggering vandalism that continues to strip railway tracks, cables and even stations is at crisis level, and must be addressed urgently
Opinion
6 months ago

Transnet aims to ensure port operations are running by October 26