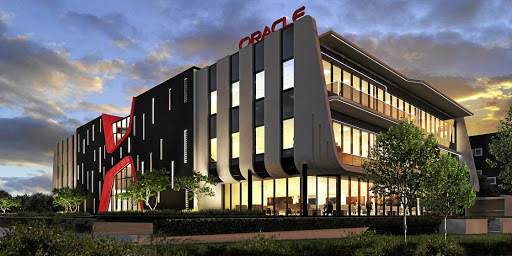 I write in response to what we believe is biased reporting on the River Club redevelopment (“Amazon office developers keep Cape Town’s heritage in mind”, July 4, and “Zenprop lying about River Club project, says professor”, July 6).

First, it’s a puzzle that Zenprop can claim the redevelopment is anything more than a moneymaking exercise by speculators. The development will place 150,000m² of concrete on a flood plain of high environmental sensitivity and huge heritage significance for first nation Khoi groups, and infill a sacred river.

It is a site nominated for provincial and national heritage status based on an expert heritage study and is slated for nomination to Unesco as a world heritage site. It is part of the National Khoi and San Heritage Route, a presidential legacy project.

The development is fiercely opposed by more than 60 indigenous first nation entities, civic associations and environmental NGOs, and more than 56,000 people have signed a petition opposing it. The fact that the developers have found some Khoi leaders willing to support the development does not change the fact that the majority of Khoi groupings see this development as an insult and do not accept that a media centre, amphitheatre and indigenous herb garden justify the permanent destruction of intangible heritage.

The Liesbeek Leisure Properties Trust (LLPT) and Zenprop could have developed a heritage park with appropriate buildings, as suggested by the city’s environmental experts. Instead, the developers have ignored huge public opposition to press ahead with a development of an upmarket Century City, which will forever obliterate the intangible heritage of the open riverine valley and undermine the city’s climate resilience, contrary to multiple city policies. For that reason, the approvals of the development were appealed by the city’s own environmental management department and described as unlawful by the competent heritage authority for the province, Heritage Western Cape. We are not alone in thinking this development is misplaced.

Zenprop’s misrepresentation of the opposition to the development as being uninformed is part of the developer’s sustained efforts to undermine the growing and well-informed opposition to the project. Initially the claim was that we were a small number of “Nimbys” [people who say “not in my back yard”]. When that was no longer tenable, the claim is now that we are not factual. Neither the LLPT nor Zenprop has demonstrated any factually incorrect statements on our petition website, simply because there are none.

The plain facts are as follows: 1) the development failed to meet the requirement for approval in terms of the National Heritage Resources Act; 2) Heritage Western Cape rejected the development proposal; 3) the city’s environmental management authorities noted 13 grounds for appealing the environmental authorisation, including flooding concerns, biodiversity risk and conflict with climate change policies; and 4) independent planners note that there is no logical planning rationale to locate this development on a coast-to-coast green strip.

There is no false narrative here. The only false narrative is that of the developers, who continue to ignore huge opposition based on plausible evidence. The fact that the decisionmakers chose to favour the developers and ignore this evidence is a reflection of their preoccupation with economics over everything else that should be part of sustainable development.

Even now the developer continues to misrepresent opposition to the development. It is bizarre that LLPT can claim that “it is not true that the site has been nominated for provincial heritage status”, when LLPT received a copy of the nomination on February 27 2020. They also know the Heritage Western Cape council will be discussing the nomination on July 22, since LLPT has been invited to attend as a stakeholder. There can be no disputing this as a fact. Why are LLPT and Zenprop intent on creating a false narrative?

As for the validity of the approvals, the courts will be the judge of that. It will not be the first time decisions by the City of Cape Town and the provincial  environmental affairs & development planning department have been overturned in the courts as invalid.

Not everything can be dictated by money. To quote some of the supposedly misinformed people who signed our petition: “it is our Khoi indigenous peoples’ right to have it preserved for our future generations” and “This is Khoena land that should be protected for future generations. This development will destroy the land and the ecosystems it maintains.”

The message could not be clearer.

RW Johnson confuses the 10.6-million African international migrants living in the EU with those arriving on rickety boats
Opinion
11 months ago