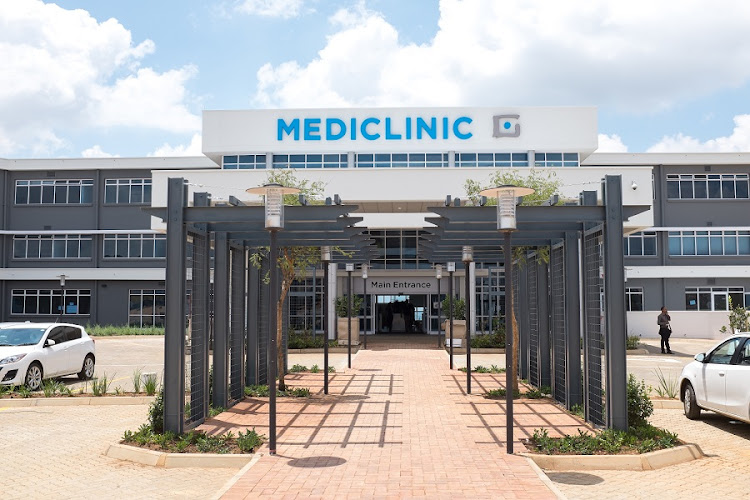 It’s hard to find any fault in the stance taken by Mediclinic’s board to reject a R38bn takeover offer from a consortium led by the private hospital group’s largest shareholder, Johann Rupert’s Remgro.

The board, led by Dame Inga Beale, an experienced business leader who served as the first female CEO of Lloyds of London between 2014 and 2018, spurned the non-binding offer of 463p, saying the proposal “significantly undervalued Mediclinic and its future prospects”.

The board is right to knock the offer back to the consortium, which, curiously, counts one of the world’s biggest marine container terminals operator, MSC Mediterranean Shipping Company, as a joint venture partner to Remgro.

To begin with, the offer is a penny-pinching 9% premium  to Mediclinic’s closing price the day before the offer was made public on Wednesday last week. The bid, which includes a 3p dividend payout by SA’s biggest private healthcare group, may be about 20% more than the share price fetched three weeks ago but is still about half what the shares were trading at just five years ago.

The proposal also comes as Mediclinic, like its domestic and global peers, stages a modest recovery from the slowdown induced by the Covid-19 pandemic, which forced private hospitals to delay profitable elective surgeries while demand for other non-emergency care slumped.

As the world is moving beyond Covid-19, the outlook for companies like Mediclinic has brightened. With the exception of China, dozens of countries have rolled back lockdown restrictions that suspended and choked off demand for lucrative procedures such as knee and hip replacements and implant pacemakers, which are scheduled in advance. The world has also largely shifted its battle against the pandemic from ending it to living with it — putting Mediclinic on top of the list for  consumers seeking to have reliable nursing homes if and when another healthcare disaster strikes.

The share price reaction shortly after the offer was made public suggests investors are betting that Remgro will return with a higher offer for the company, which operates hospitals in SA, the UK, Switzerland and the United Arab Emirates. And the Remgro consortium has also signalled that it has not shut the door on a new proposal, saying any further offer will likely be solely in cash.

Just how much should the consortium pay will be the sticking point between the Remgro-led consortium and Mediclinic’s board. For Remgro, which already owns a controlling stake in Mediclinic, taking Mediclinic private slots in with Rupert’s larger narrative of narrowing the yawning discount at which Remgro’s share price trades to its underlying assets.

Of the SA companies grappling with this financial inefficiency, Remgro is certainly among those that have taken concrete steps to crush it. It is about to wrap up a deal with Heineken that will take drinks maker Distell private, and it has signed a transaction that will see mobile phone operator Vodacom and Remgro’s Community Investment Ventures pull their fibre assets into a newly created entity. It’s anyone’s guess whether the industrial logic of the deal would be enough to hand Mediclinic shareholders more than the 9% extra value.

As logical as the strategic merits of the potential Mediclinic takeover may be for Rupert, he would be up against the private hospital group’s investors who, understandably, would want to demand more at a time when the healthcare sector is becoming attractive to deep-pocketed private equity investors. In April, KKR, one of the biggest names in private equity, led a team of investors to make a near-$15bn bid for Ramsay Health Care. KKR offered a 37% extra value to Ramsay Health Care, which runs a network of centres across Australia and Europe.

We don’t know if the Beale-led board is looking for the same generous premium from the Remgro-led consortium. But what is not in doubt is that the pandemic has done more to put private hospitals on the radar screens of investors and consumers than the recent operational and stock market performances of these companies would suggest.

EDITORIAL: SA still has multitudes to vaccinate against Covid-19

SA’s economy enjoyed a good start to the year, proving to be more resilient than expected in the first quarter, but that is no cause for complacency
Opinion
3 weeks ago
Next Article