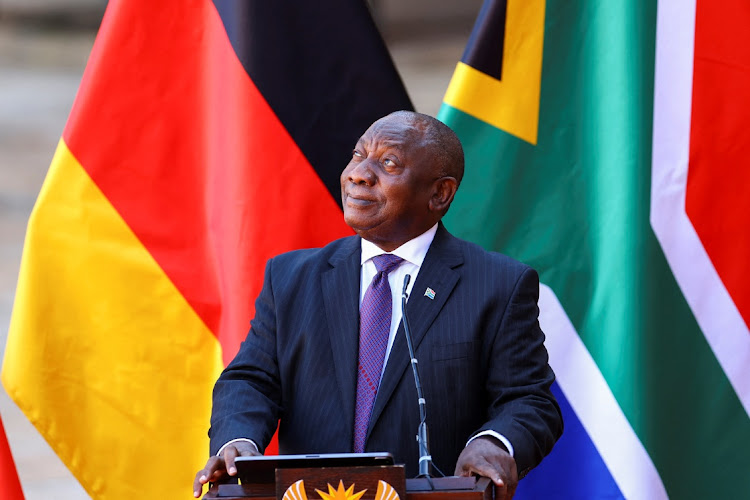 As President Cyril Ramaphosa heads to parliament to present the presidency budget vote, there is a shortlist of questions he ought to be able to answer if there is any chance that whatever happened on his Phala Phala farm two years ago was legitimate. Even vaguely.

The first set of questions is about compliance with SA’s exchange control rules. The second is about compliance with tax legislation. That he has not immediately had answers to both sets of questions is deeply disturbing. And while the Reserve Bank and the SA Revenue Service are resolute in keeping the affairs of any and every client confidential, there is nothing to stop the president from waiving the confidentiality and disclosing the information himself — assuming he has it.

He must answer, first, whether the money in question was in hard currency or in rands, and how much it was if not the reported $4m.

We are told that the money was the proceeds of selling big-game animals to foreign folk, as part of the breeding business run at the farm. Some suspect the business might have been big-game hunting, for which some foreign hunters are said to pay in cash.

Whatever these sales were, SA’s exchange control rules do not generally permit any business delivering a service located in SA to invoice the buyers in dollars. There is, however, a limited exemption for high-end tourism enterprises — such as luxury game lodges — on condition they report the proceeds to the exchange control authorities swiftly and comply with the rules on foreign currency accounts.

None of that is an issue if the money was in fact in rands, though large sums in cash would also require reporting in terms of the rules on money laundering. So did the Phala Phala business, whatever it was, comply with the money rules? If it did, there is no reason the president cannot say so.

What makes his hesitation in coming forward with the relevant information all the more concerning is that if the business was tax compliant, he or his accountant should have taken no more than a day or two to find all the information. The Phala Phala business was liable to pay VAT on the proceeds of the oryx or hartebees or whatever exotic animals it was the farm sold, and it would presumably have wanted to claim back the input costs as businesses do for VAT purposes.

Details of the transactions would therefore have been recorded and filed with the taxman within a month or two, if the business was compliant. Then there would have been the filing for corporate income tax purposes. And unfortunately for the president and his game business, the fact that the cash was stolen is no excuse to avoid filing a tax return — if the business earned the money it was definitely liable for the VAT and possibly for the income tax too. You can presumably try to get a tax deduction for stolen money but it is not clear the taxman will give it to you.

Crucially though, all of this would have been recorded somewhere and easily to hand, if there is a plausible explanation for what went down at Phala Phala. The president ought to be in a position to offer one, even if the rules were not followed 100% for whatever reason. That he has delayed for more than a week to do so raises serious questions. He has a chance in parliament to provide some answers. The implications of his not being able to do so are deeply worrying.

It is likely that Arthur Fraser and his crew have been sitting on whatever information they have, some of which they may have concocted, and waiting for a strategic moment to release it.

With Ramaphosa winning support at provincial ANC conferences ahead of December’s electoral conference, the timing of the allegations is no coincidence. Even if he survives, SA faces the frightening prospect that the anti-Ramaphosa faction might keep him in power because he makes the ANC electable — but use the Phala Phala scandal to ensure that he can in practice wield no power.

SA’s economy enjoyed a good start to the year, proving to be more resilient than expected in the first quarter, but that is no cause for complacency
Opinion
2 weeks ago

First-quarter GDP stats offer welcome relief after months of gloom. But the party will be cut short when second-quarter data comes in
Opinion
2 weeks ago