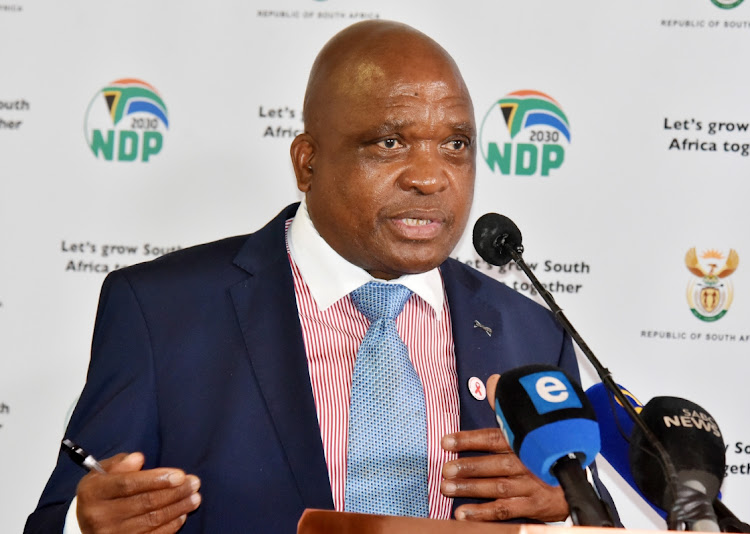 Health department lawyers best get ready for the firing line as legal challenges to the Covid-19 regulations it wants to enact by early May are in the works.

The department has published draft regulations to manage Covid-19, but in doing so has set itself up to face cases on at least three legal grounds. These are its consultation process, accusations that freedom-limiting regulations are not constitutional, and questions over whether they are rational in law, in other words serve their purpose of controlling Covid-19

Other than that, the draft regulations give a single minister immense power.

If there is an outbreak of infectious disease, the health minister can limit the size of gatherings, including business and religious, and enforce vaccination and the involuntary quarantine of infected individuals at a state facility. The alcohol industry fears its interpretation of a particular regulation could allow for more sales bans and curfews.

Given SA’s tragically high death rate despite the lockdowns, scientists like Shabir Madhi have questioned how many lives the job-destroying regulations saved, if any at all.

We should thus consider these regulations and their more permanent place in law carefully.

At least three groups are waiting to challenge them when enacted.

On April 24, before the regulations had closed for comment, health spokesperson Foster Mohale said the regulations would be implemented by about May 4 as temporary Covid-19 regulations lapse. The date of implementation was decided even before more than 150,000 comments were received.

Setting a date for the implementation is paying lip service to the idea of public comment, something the Constitutional Court has recognised as important in allowing citizens to shape new laws.

If the department received almost 280,000 comments, as one website that collects comments suggests, how does it plan to have read them all by May 3?

Even if they only received 150,000 and read them in the 50 days between publishing them and enacting new ones, that is still 3,000 comments a day to digest.

Consultation can be quick and the department does not have to be dictated to, but surely it needs to at least have more time to work through submissions received from religious groups, those worried about the loss of constitutional freedoms, businesses, the alcohol industry, think-tanks, ordinary citizens and opposition parties.

The court can be asked to review the process, set aside the regulations and make the department redo the consultation process.

The health department already faced a legal challenge on Tuesday by little-known lobby group Action 4 Freedom, which argued that the health act specifies the comment period for regulations must be 90 days and not the 40 days given.

Many cases are fought and won on queries around the consultation process, such as the interdicts stopping Shell’s right to explore the Eastern Cape offshore coast for oil and the construction of the Amazon office development in Observatory, Cape Town.

The department has put a target on its back by rushing through the new regulations with a date for their implementation.

Even if the department convinces the court it had to pass regulations urgently as nothing was in place to manage Covid-19, it will face other challenges on the regulations being highly restrictive to freedom and thus unconstitutional.

Health legal group Section 27 says the draft regulations are extremely limiting of our freedoms, when the constitution expects freedoms to be limited as lightly as possible.

“In their current form, the regulations grant unfettered power to limit people’s rights under normal circumstances and do not follow the least limiting approach.”

They also may fail on the legal grounds of rationality.

Many of the measures in the regulations are based on outdated ideas enacted when the disease was new.

The ministerial advisory committee and leading scientists have criticised using sanitising, surface disinfecting, screening of travellers for fever, cloth masks and social distancing as all failing to control the spread of the disease.

The health department will have a difficult time defending the science behind its regulations when so many experts have publicly explained that understandings have advanced.

With cases being prepared behind the scenes, the department will be grateful it has taxpayers to fund its legal costs.

But perhaps it should draft rules more slowly, with enough time to digest the comments from citizens, and consider how much freedom it needs to restrict for a disease that is, sadly, here to stay.

If the economic populists in the ANC want a lesson in how ruinous foot-off-the-brake monetary policy can be, here’s a timely lesson from Sri Lanka
Opinion
2 weeks ago

Mavuso speaks for an entire country sick of blackouts, but even more infuriated by the ANC-led government’s 14-year mishandling of the power crisis
Opinion
2 weeks ago

Here’s how much ministers have allegedly spent on food, entertainment and ...

Here’s how much ministers have allegedly spent on food, entertainment and ...