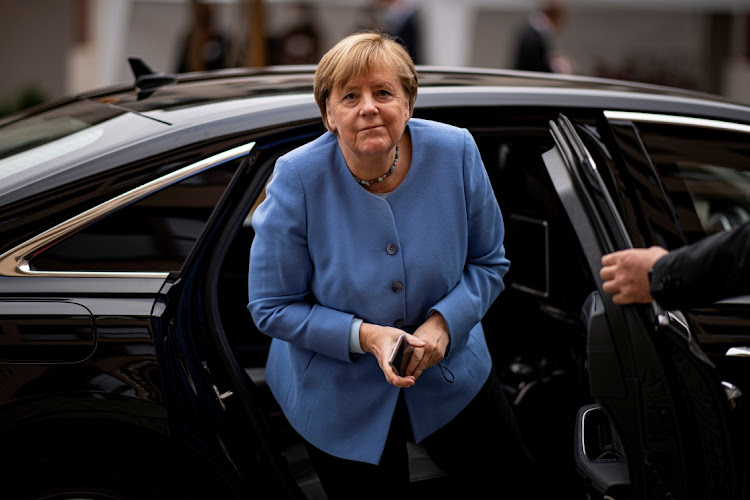 It may turn out to be a prolonged goodbye for one of Europe’s most influential leaders in modern times.

This might also mean it will be some time before the effect of the German elections on SA and Africa can be properly assessed. The race to pick a successor to Chancellor Angela Merkel after 16 years in power produced a knife-edge result that may see coalition talks that last weeks or months.

The two main parties, the Social Democrats (SPD) led by Olaf Scholz and the CDU-CSU bloc, which Merkel led before deciding to step down, got about half of the vote, with the former nudging ahead to about 26%. That showed an incredible fragmentation of a political system known for its stability. Depending on how long Scholz’s negotiations with the Greens and Liberals last, the first woman chancellor might stay in office long enough to surpass the record of Helmut Kohl — who led Germany through the end of the Cold War and its reunification — as the longest serving chancellor.

Germany’s elections are of great importance to SA for a host of reasons. The country is among its most important sources of foreign direct investment and traditionally its biggest source of tourists from Europe, together with the UK and France. German names such as BMW and VW are at the top of the tree of companies that produce vehicles in SA, more than 60% of which are exported to earn vital foreign exchange.

Still, Africa will not feature very highly when historians analyse Merkel’s time in office. In the past decade, she had her hands full with matters closer to home.

She will get credit for providing leadership during Europe’s sovereign debt crisis, showing a combination of steel and flexibility to keep Greece within the EU — mostly on Germany’s terms — even as its far-left leaders imagined that they could blackmail her with the risk of a messy euro exit that could threaten the integrity of the union itself. A less charitable interpretation will say Germany’s insistence on tough austerity caused more suffering than was necessary and delayed a recovery in the Greek economy.

Yet Merkel could also stand up to orthodoxy at home, backing then European Central Bank (ECB) president Mario Draghi’s vow to do “whatever it takes” to save the euro and endorsing unconventional monetary policy such as negative interest rates and bond-buying. Germany’s biggest-selling newspaper once labelled the Italian head of the ECB as “Count Draghila” who was “sucking dry” the savings of Germans.

Merkel also risked her leadership with her decision to open the country to refugees fleeing the Syrian civil war. While she might be saddened by her party suffering its worst election outcome since it was formed, Merkel could well feel vindicated to have seen off the far-right Alternative für Deutschland (AfD), which entered parliament in 2017.

Merkel might not have made headlines in Africa, but the question of who replaces her won’t be insignificant.

Even before the departure of the UK as a result of Brexit, Germany was the biggest economy in the EU, which in turn is SA’s biggest trading partner. An immediate concern to SA will be the attitude towards the transition to cleaner energy and the possibility of a carbon tax on imports from polluting countries.

With a coalition with the Greens, we can expect the SPD to be even stronger on this point. It’s yet another reminder of why SA has very little time to waste, despite some ideological opposition to a speedier transition.

EDITORIAL: Credible Reserve Bank means there is no need to rock the rates boat