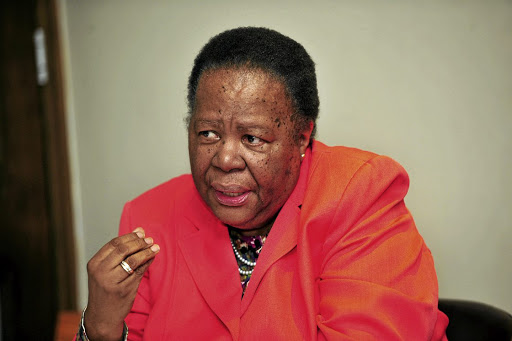 It came as something of a surprise on Sunday to learn how outraged the government was about SA being kept on the UK’s red list of travel destinations, making travel between the two countries prohibitively expensive and cumbersome.

In response to the UK decision, which came despite relaxations for countries that are seen to be less transparent than SA on the evolution of Covid-19, international relations & co-operation minister Naledi Pandor said the government would “intensify efforts” to engage with the UK.

Pandor said the government was “puzzled” and “disappointed”.  That’s fair enough, and a view that is getting traction even in the UK, with the travel editor of The Times & The Sunday Times (London) describing it as indefensible.

South Africa shouldn’t be on the red list. Here’s why - Times Travel

But the government’s own attitude to the issue has itself been puzzling and disappointing. For months it has been short on details and enthusiasm when asked what it has been doing to advocate for SA’s tourist industry.

Private travel industry body SATSA knew better than to wait for the government to do anything and just got on with it. It launched a plan in May to lobby UK officials, seeking to dispel misinformation about the Beta variant that was originally discovered by local scientists.

It had to go cap in hand to empty, cash-strapped hotels to ask for R50,000 in donations to fund the campaign. In contrast, SA Tourism, an agency of the government, only put out a tender in July asking for bids for the work of lobbying countries about SA and border restrictions.

Two-and-a-half months later a service provider has been chosen, but the decision is awaiting final approval from the SA Tourism board. A department spokesperson says a decision will be made by the end of September. With SA’s summer about a month away and fully vaccinated European and UK tourists already travelling, the SA process is so slow it is going backwards.

Tourism minister Lindiwe Sisulu told a tourism summit on Tuesday that she is putting together a team of scientists to discuss the Beta variant with the UK. But why only now? This variant is barely detectable in SA any longer, yet it is supposedly the reason we are being kept on the red list.

And is a team necessary? It would be easier to simply point the UK to publicly available genomic data that shows that the Delta strain now makes up at least 99% of SA Covid-19 infections, as it does in the UK. The tourism industry, one of the few job creators before the Covid-19 outbreak, has been working on its own.

But with closed borders requiring intensive diplomatic effort, the government needed a better sense of urgency. Sisulu’s opening speech at the tourism summit this week provides little room for hope.

She says: “SA needs to reset the tourism sector on the continent.” Then there was much jargon about the need to  strengthen the supply side through resource mobilisation and investment facilitation.

Travellers want to travel. They don’t need a word salad of government jargon. And the government’s ever-changing approach to restrictions on movement has also done harm.

Tourists will not plan a holiday if they then face sudden changes on curfews, alcohol sales and access to beaches on a random Sunday night. Hospitality body Fedhasa has said the government needs to let tourists know that when they go to the expense of travelling somewhere, they will be able to enjoy the basics that come with being on holiday, like night dining at a restaurant and travelling freely within the country.

But Sisulu did not address this. A tourism summit to market Africa that took place this week might seem like a great idea, but what the industry needs is speed, financial assistance and certainty.

If the tourism department works any slower, tourists will get here in winter. And the lost summer won’t just be due to decisions made elsewhere, no matter how unjust they are.

EDITORIAL: Credible Reserve Bank means there is no need to rock the rates boat

EDITORIAL: DP World offer for Imperial may not be as good as it looks

The deal seems to have a lot going for it, but it might be too good to be true
Opinion
10 months ago