The EFF’s response to the Clicks commercial was dangerous, and yet the party denies it encouraged violence 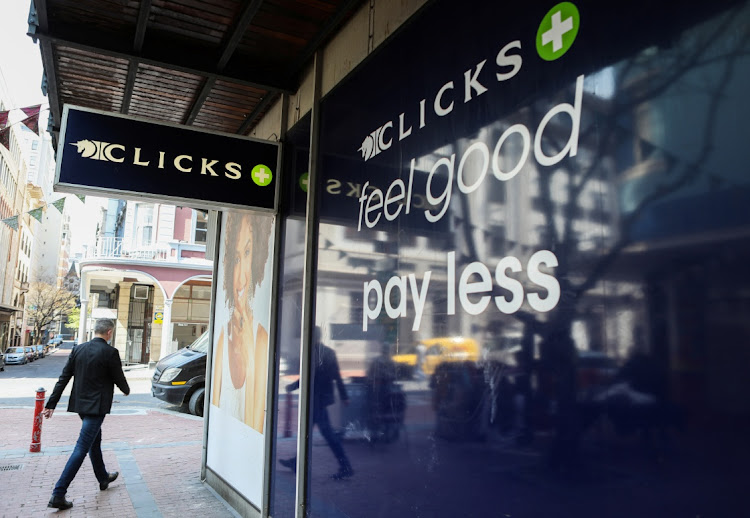 A man walks past a closed Clicks branch in Cape Town on September 9 2020 following protests by the EFF over what they said was a racist advertisement posted on its website, Picture: REUTERS/Sumaya Hisham

There is no excuse for the extremely offensive hair advert on pharmacy and cosmetics group Clicks’s website and it is right that those responsible face harsh action.

Clicks found itself headline news earlier this week because of an offensive hair-care product advert that described the hair of a black woman as “dry and damaged” contrasted with a white woman’s hair that was “fine and flat” and “normal”.

The ad was rightly condemned and dismissed as racist, resulting in another company in SA having to do damage control at a rapid rate.

One would have thought Clicks, which runs SA’s biggest pharmacy chain, and the advertising industry in general would have learnt from a string of misjudged and tone-deaf marketing campaigns over the last few years from other companies.

A couple of years ago, Heineken was forced to withdraw a video commercial with the tagline “sometimes, lighter is better”,  showing a bartender sliding a beer bottle past a number of dark-skinned people before reaching a light-skinned woman, after it came under intense criticism as being racist.

Before that, fashion retailer H&M apologised for a photo showing a black child modelling a hoodie sweatshirt with the words “coolest monkey in the jungle” etched on the front. In 2017, skincare range Dove faced a public-relations nightmare after a commercial, which showed a black woman turning into a white woman, conjured up memories of 20th-century racist adverts that showed black people scrubbing their skins to become white.

Clicks rightly suspended an unnamed executive who signed off on the advert and two employees are facing disciplinary action. If anything, the commercial shows that Clicks still has a long way to go in ensuring there is diversity and inclusivity among its head-office employees.

The company’s commitment to urgently train employees about diversity and inclusion is welcome and, given SA’s racist past, it will not be a bad idea for other companies to embark on similar programmes to prevent racist gaffes from happening in the first place.

That said, it is difficult to sympathise with the EFF, whose antiracism protest against Clicks is being overshadowed by chaos, violence and criminality.

Clicks initially lost an attempt to secure an interdict against the protest before going back to get the court to prevent the party and its members from threatening its staff and damaging its property.

While EFF leader Julius Malema very clearly called on his  supporters to “attack” — in a now deleted tweet — the party blames outsiders, who it says infiltrated its ranks, for trashing some of the company’s stores. Seven Clicks stores were damaged during the protest — the store in Emalahleni was petrol-bombed — and about 10 people, including an EFF MP, have been arrested.

Amid the chaos, an eNCA reporter was manhandled by EFF protesters for merely trying to do her work, something the party leaders unashamedly defended.

There is no way Malema could not have foreseen how this would end, making the party distancing itself from the violence disingenuous at best. With more than 1.8-million South Africans having cast their votes for the EFF, it is not hard to imagine how some would interpret the party leader’s call to ‘’attack” in the Sunday night tweet.

There’s nothing wrong with a peaceful antiracism protest, which should be used to pave the way for South Africans to come together, but the underlying message has been undermined by those throwing petrol bombs and rocks.

Corporate SA should be held accountable for business misconduct. And it is often the consumer that successfully punishes the company by withholding buying power and driving it out of business.

We should be equally concerned about whether a democratically elected party can use its significant influence to call on its members to attack companies. There’s another way to bring South Africans together: through dialogue.

While most of its peers have taken capital offshore, Clicks has quietly built its health and beauty business domestically, creating jobs and paying ...
Opinion
1 year ago
Next Article