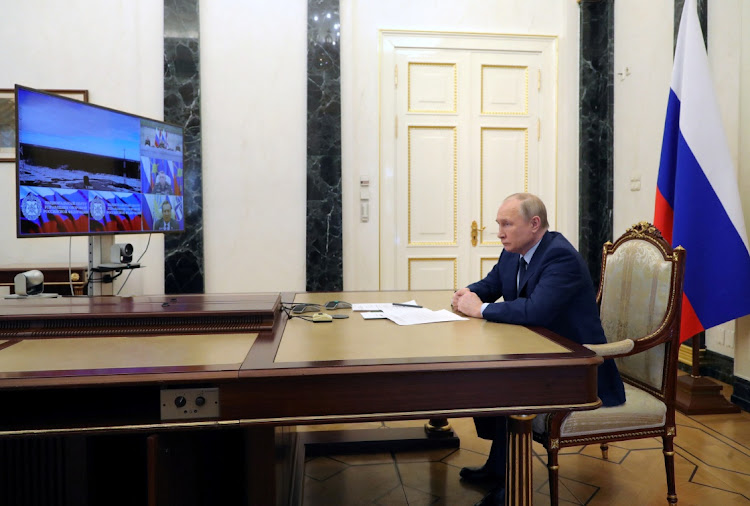 SA unleashed a storm of criticism in March in response to its draft UN General Assembly resolution on the humanitarian situation in Ukraine, which failed to mention Russia’s responsibility for the crisis. Many countries — and many observers in SA — saw it as SA trying to curry favour with Russia at the expense of the dire humanitarian needs in Ukraine.

The resolution was intended to supplant a rival text drafted by France and Mexico, the final version of which explicitly blamed Russia for the humanitarian crisis in Ukraine. The SA text broadly referred to “parties” to the conflict.

The perception among Western countries and Ukraine of SA’s draft resolution as a hostile and provocative act was compounded by President Cyril Ramaphosa’s earlier echoing of Russian talking points, blaming Nato for the Russian invasion of Ukraine. SA then confirmed its reluctance to criticise Moscow by abstaining from a UN General Assembly vote on April 7 to suspend Russia from the UN Human Rights Council.

On March 24 SA’s UN ambassador, Mathu Joyini, defended the SA strategy on Ukraine to the General Assembly, arguing that “an impartial humanitarian resolution should focus purely on addressing the humanitarian needs of those affected”.

It is no secret that the SA government has long had a soft spot for the anti-Western views of countries such as Russia and China, and has been critical of what it views as “Western imperialism”. The ANC has not forgotten the support it received from the Soviet Union during its struggle against apartheid. When SA was on the UN Security Council from 2019-2020 it voted with Russia and China against the West on a number of occasions. Like other African countries SA has consistently supported Russia and China’s efforts at the UN to condemn the use of unilateral sanctions by Western governments as a foreign policy tool.

Despite SA’s failure to blame Russia for the humanitarian crisis key provisions in SA’s draft were unacceptable to Moscow — a guarantee of Ukraine’s territorial integrity and a call for an immediate cessation of hostilities. Several diplomats told me confidentially that Russia had made clear that it would not vote for the SA humanitarian resolution. In the end UN delegations rejected the SA text and overwhelmingly voted for the French-Mexican draft, which Ukraine itself presented to the General Assembly.

It appears Pretoria’s goal in offering a text many viewed as weak was to lock Russia into making a public commitment to steps that would end Ukraine’s humanitarian crisis. The idea was that more “naming and shaming” of Russia was unnecessary and unhelpful. SA wanted to get as many UN member states on board as possible — especially Russia — and was willing to dilute the resolution to achieve that goal. As its draft said: “Political issues that may lead to member states not agreeing to a text should be addressed elsewhere.”

But this strategy was almost certain to fail. Russia’s track record for living up to its commitments could not be worse — remember Putin’s repeated denials of plans to invade Ukraine? And rather than drawing attention to Russia’s daily violations of international humanitarian and human rights law — such as indiscriminate attacks on residential buildings, hospitals and schools — SA’s soft approach risks giving Russia a chance to play the victim.

If playing good cop could get Moscow to end its violations of international humanitarian and human rights law, then that is what UN negotiators should do. If not, SA and the other UN delegations should use the limited tools they have at the UN to create a public record about Russia’s possible war crimes.

That is one of the values of documents like the French-Mexican resolution. It may not change Russia’s strategy in Ukraine, but it is likely to have a long shelf life. The paper trail of resolutions and public documents can be useful to the International Criminal Court as it investigates possible war crimes and other violations in Ukraine.

Western countries, on the other hand, should ensure African countries are meaningfully included early on in negotiations on resolutions. African diplomats complain that they are all too often handed precooked draft resolutions, and Western governments are not interested in their input. If that was the case with the Ukraine humanitarian resolution, then the approach resulted in underwhelming support among African governments.

About half of the 38 states that abstained were African — including SA. (Only one African state — Eritrea — joined Russia, Belarus, Syria, and North Korea in voting against it.)

While many African states are still affected by the tragic twin legacies of colonialism and apartheid, Russia’s invasion of Ukraine reeks of neocolonialism. This was a point made eloquently by Kenya’s UN ambassador, Martin Kimani, in February as Russia was making its final preparations to invade Ukraine. “Multilateralism lies on its deathbed tonight,” Kimani told an emergency meeting of the UN Security Council. “It has been assaulted today as it has been by other powerful states in the recent past.”

African and Western governments should find a way to bridge their differences to make clear to Russia that rampant violations of international law will have consequences. But they should say it — together. Anything less will encourage Russia and others to disregard international humanitarian and human rights law and kill civilians with impunity.