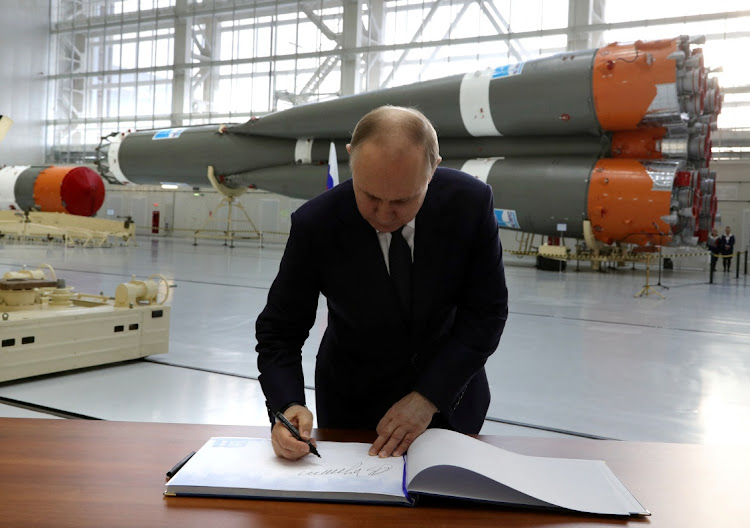 Russian President Vladimir Putin signs the distinguished visitors' book in an assembly and test facility at the Vostochny Cosmodrome in Amur Region, Russia, on April 12 2022. Picture: KREMLIN via REUTERS/SPUTNIK/MIKHAIL KLIMENTYEV

The Russian invasion of Ukraine continues to raise unanswered questions: why did it happen in the first place? What went wrong for Russia? What now?

The stated purpose of the “special operation” was to “denazify” and “demilitarise” Ukraine. The first justification is simply silly, and the second is based on a desire to reduce Ukraine to a vassal state — perhaps colony is a better word. The argument that Russia fears invasion and hence wants buffer states overlooks the fact that Russia has been expansionist for most of its history and is more commonly the invader than the victim.

The stated purpose of the invasion has now been dialled back to protecting the secessionist Donetsk and Luhansk regions and establishing a link to Crimea. That is rational if one accepts the legitimacy of both their secession and Russia’s occupation of Crimea. But that could have been achieved by a simpler operation to cut off and destroy Ukrainian forces along the line of control and seize the Azov coastline. It would not have required attacking Kyiv and trying to take Odesa, with significant loss of civilian lives.

Those two delusions may underlie the core errors:

Added to that, the failure of secure communications led to the use of insecure commercial radios and mobile telephones that depended on the Ukrainian network, allowing interception and location.

Worse, the Russian military seems to have forgotten the lessons of Chechnya and Georgia: tanks without infantry support, artillery and air defence units roaming about with no protection elements, logistic convoys without protection and poor convoy management. 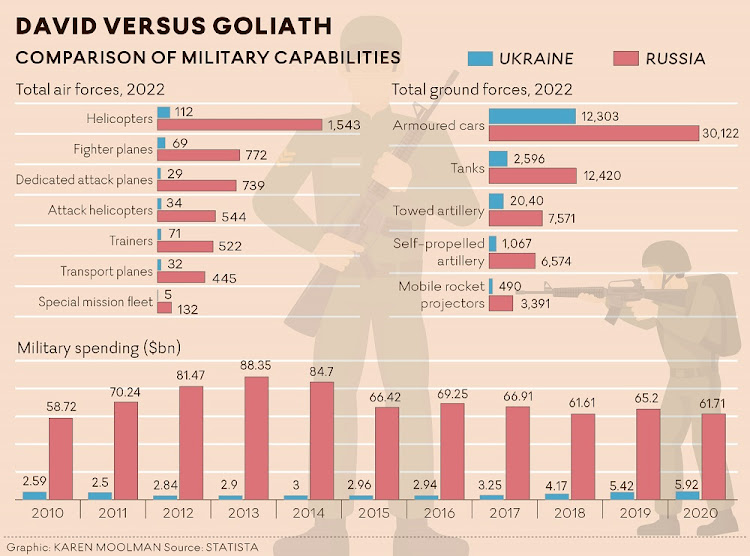 The Ukrainians not only put up unexpected resistance but fought well and imaginatively. The result: tactical and operational failure with heavy casualties and equipment losses and failing morale, which in turn boosted Ukrainian morale.

Given the failure of the invasion to achieve its stated goals the rational way out for Russia would be to consolidate in Donetsk and Luhansk and declare victory, arguing that the other axes of the invasion were just to distract and diminish Ukrainian forces. In fact, there have been statements to that effect. But the Russians are continuing their effort to establish an overland link from occupied Donetsk to Crimea, which does seem achievable. It would also allow a more credible claim of victory at the Russian Victory Day parade on May 9.

But rational may not be good enough. Putin may have invested too much in this invasion and its announced aims to settle for anything less than the destruction of Ukraine, or perhaps at the very least seizure of all of Ukraine east of the Dnieper, leaving a rump state to the west. Certainly, his recent claims that Estonia and Latvia are also “nazi” states suggests not just grander objectives but a failure to grasp just how badly things have gone.

There are reports of Russia drawing in reserves and thinning out forces in the far east of the country, in the Caucasus and in the occupied parts Georgia, to offset losses in Ukraine, which suggests an intention to continue the war.

Assuming Putin decides to double down, the war could go on for some time yet. Russia could crush Ukraine by sheer weight of numbers, but that is by no means a certainty as just more than half of the standing Russian army of 360,000 is already committed, and some troops cannot be withdrawn from other missions. So there is not that much left in the military cupboard.

Russia can draw on reservists and paramilitary troops, but they would suffer heavily in offensive operations so the cost in casualties would be enormous, politically risky and the risk of failure would remain. That leaves the option of using their vastly stronger air force, their superiority in artillery and even some missile forces to pound Ukrainian cities in an effort to force capitulation. That did not work in World War 2, but that does not mean it won’t be attempted anyway.

Unless wiser counsel prevails in Moscow, more suffering seems in store for Ukrainians and the families of the Russian soldiers who are being expended to pursue Putin’s dream of restoring Russia to “great power” status. And all that with no certainty of success and at potentially great economic cost to Russia in the long term, possibly even the collapse of the regime.

Meanwhile, there have been calls in the West for war crimes trials, though these risk worsening the situation. No matter how richly Putin and others might deserve being brought to book, calling for trials is not a good idea at this time. If Putin and his generals face life in prison or even the death penalty, why give up? Pushed into a corner, he might feel he has no option but to use tactical nuclear weapons to eliminate Ukrainian opposition and achieve “victory” that way.

Like it or not, Ukraine and the world would be best served by giving Putin an “off ramp”, as it has been termed, and then leave his fate to the people of Russia. That might at least help bring an earlier end to the war and the suffering of the Ukrainian people.