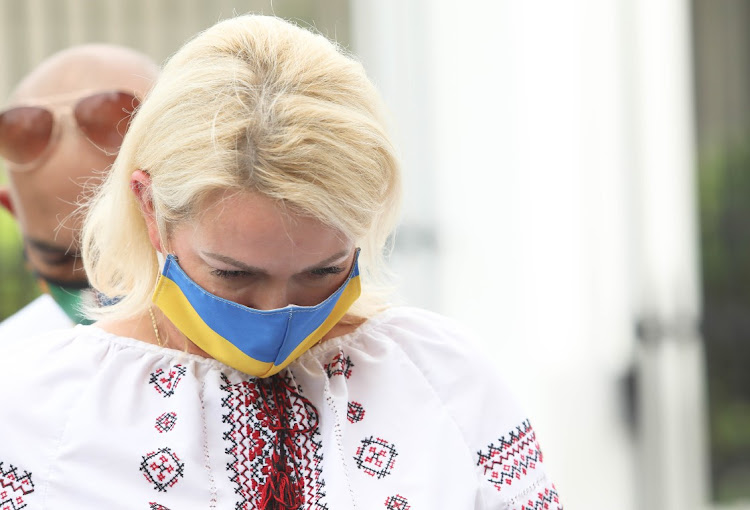 Thursday is the 50th day of Russia’s invasion of Ukraine. Despite protestations that the operation is going according to plan, the conflict has gone on far longer than President Vladimir Putin expected.

But the tragedy is the loss of life, with reports of Russian atrocities mounting each day. According to the UN, the conflict has already killed 1,800 people and injured 2,500. The  organisation said more than 4-million left for neighbouring countries.

The SA government has shamed its citizens with its stance that, though presented as being neutral, really supports the aggressor. Its position is morally indefensible and against the national interests, putting SA at odds with the major democracies that are its biggest economic partners.

While the rest of the world was discussing atrocities such as the killing of civilians seeking to board trains to escape the conflict by an apparent Russian missile attack, the spokesperson of the department of international relations and co-operation, Clayson Monyela, was involved in an unseemly Twitter spat with Ukraine’s ambassador Liubov Abravitova.

He accused her of being “wrong and undiplomatic” in complaining about a failure by SA to respond to appeals for a meeting. She may well have been out of order, but it’s curious that it’s not the murder of civilians that SA shouts about. With one’s country facing a brutal invading force, most would expect some understanding if the victims lost their sense of manners.

South Africans are rightly left aghast by our government, but another source of shame should be our almost total silence about suffering closer to home. While we fill newspaper columns and talking slots on radio stations discussing a conflict in Europe — which admittedly has wider implications for global stability and prosperity — there’s almost nothing on the war in Ethiopia going into its 18th month.

Like Putin in Ukraine, Ethiopia’s Prime Minister Abiy Ahmed — a Nobel Peace Prize winner — expected a quick victory when he launched a campaign in November 2020 against  the Tigray People’s Liberation Front. A month ago Tedros Adhanom Ghebreyesus of the World Health Organisation, who hails from the region, appealed for the world not to take its eyes off other conflicts.

Even after the outbreak of the war in Ukraine, there was  “nowhere on Earth” that people were more at risk, he said. While Abiy’s government has accused Tedros of bias and spreading misinformation — like Putin’s take on reports of civilian massacres in Bucha, saying these are fake reports spread by the US — the facts support the WHO chief.

It was reported in March that up to 500,000 people have died since the conflict started. The UN said last week that there was a severe shortage of food and humanitarian supplies in the region.

The Ethiopian civil war is not the only conflict the world has neglected. Saudi Arabia, an ally of the western nations condemning Russia, has been bombing Yemen since 2015.

The UK’s Guardian newspaper reported that Prime Minister Boris Johnson visited Saudi Arabia to beg for increased oil supplies while authorising some £1.4bn (R26.4bn) of arms exports to that country, which included missiles and bombs that could be used in Yemen, where thousands of civilians have been killed.

On Wednesday, Tedros was quoted by Associate Press as questioning whether “the world really gives equal attention to black and white lives” given that ongoing emergencies in Ethiopia, Yemen, Afghanistan and Syria had garnered only a “fraction” of the concern for Ukraine.

So yes, accusations of western hypocrisy have merit, but that cannot be used to justify SA’s lack of moral leadership.

SA’s stance on Ukraine is shameful, but the country can’t expect to influence the situation one way or the other despite unverified claims that it has been asked to mediate. Perhaps the bigger failure is not doing more to draw attention to a conflict in which it might be better placed to play a constructive role.

EDITORIAL: Time for an honest look at how we dealt with Covid

We got a lot right, and a lot wrong, a review would allow us to better prepare
Opinion
1 month ago
Next Article

JON ABBINK: Why the Tigray People’s Liberation Front and Putin’s Russia are ...

JON ABBINK: Why the Tigray People’s Liberation Front and Putin’s Russia are ...