SICELO XULU: How consolidation will benefit the residents of Johannesburg 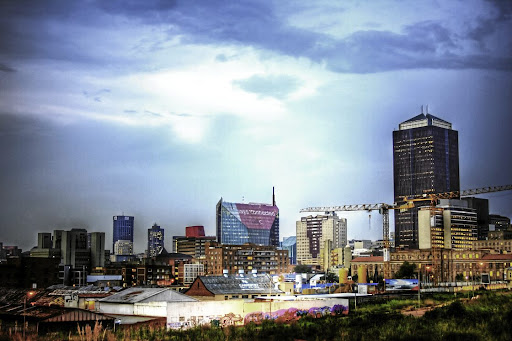 The city of Johannesburg. Picture: 123RF/SUDS344

The legislative prescripts as found in the SA constitution, Electricity Regulation Act 4 of 2000 and the Municipal Systems Act states that the municipality has the executive authority to administer the reticulation of electricity within its jurisdiction. This stems from section 156(1) and schedule 4b of the constitution. It is further amplified in the Electricity Regulation Act (ERA) 4 of 2000 and articulated again in the Municipal Systems Act. However, there are areas within the area of jurisdiction of the City of Johannesburg where customers are dependent on Eskom for the delivery of electricity related services, such as Soweto, Sandton and so on; and in this case Eskom ought to sign the service delivery agreement as directed by the above legal statutes; and as far as I know this is not in place.

Subsequently, in 2012, the discussion between the board and executives of Eskom were reinitiated by the former executive mayor of Johannesburg councillor Parks Tau and approved by the Eskom board. While this was in force, in 2016, the administration of the City of Johannesburg changed, which halted the process to continue with the consolidation.

The government of local unity led by the executive mayor councillor Mpho Moerane, resuscitated the discussions pertaining to this process, again.

Of focus is the establishment of a uniform service delivery dispensation for all customers and communities within the area of jurisdiction of the City of Johannesburg and as a result of this consolidation of electricity supply rights, among other things, the following challenges will be addressed and will be beneficial to the residents of the City:

• Multiple points to deal with customer queries and pay points;

• Different tariffs for the same service;

• Sub optimal in respect of economies of skill and scale; and

• Load reduction in parts of the City ultimately translates into disgruntled and unhappy customers and communities.

To address the transfer of assets, it is my stout view that the transfer to City Power of capital provisions made by Eskom for investment in the asset base should be a point of negotiation and the likes of the National Treasury and Finance & Fiscal Commission (FFC) should step in, as this is between government entities and is capitally funded by the end users over a period of time through tariffs.

The fundamental principle should thus be that the final outcome should favour a “zero-sum game”, meaning that both parties should benefit. To date Eskom has had very little success with its Soweto turnaround strategies. It could be argued that reasons for this failure were the lack of required political support and ineffective communication.

As such, it is thus my perspective that the purported sum of R11.4bn is misplaced at this point as I believe that the final outcome of the negotiations should result in a zero-sum game.

In conclusion, it is essential that an early assessment be conducted to assess the resource, system and structural requirements, to render an effective service in the areas earmarked for consolidation. It is tantamount that a financial and tariff modelling exercise be conducted as soon as the principles are agreed to. The results from this exercise will provide the required insight in respect of the financial and tariff implications.

• Xulu is former president of the AMEU (Association of Municipal Electricity Utilities of Southern Africa), former MD of City Power SOC and fellow member of the SA Institute of Electrical Engineers.

WAYNE SUSSMAN: A case study of coalitions and why they are here to stay

In a bid to hold on to or gain power, parties are likely to embrace coalitions after the November election
Opinion
1 month ago

Power utility needs to maintain its ageing plants and have a healthy reserve margin to curb load-shedding, Chris Yelland says
National
1 month ago