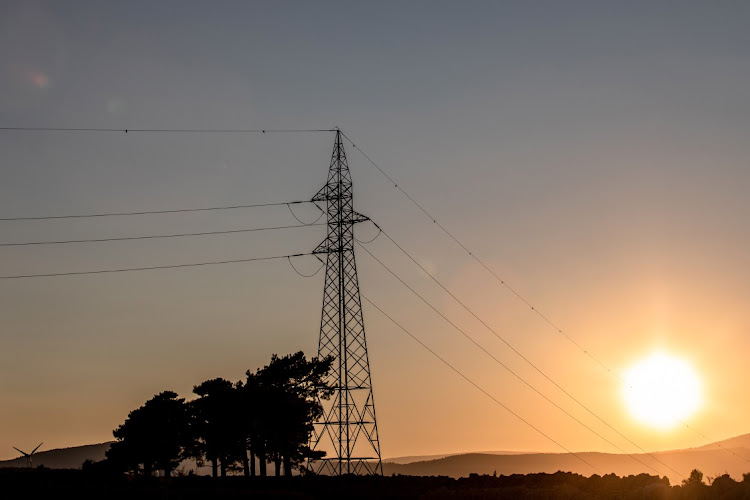 A while ago I appeared on a television programme in discussion with a young man from Soweto who had mooted the idea that Soweto residents pay a R200 flat rate for access to electricity.

The complexities implicit in this notion notwithstanding, the young man was motivated by a desire to move the residents of the townships away from the culture of nonpayment to taking on some responsibility — albeit at a flat and reduced rate with no cap on usage, without regard to those who can pay as opposed to those who won’t pay or are unable to pay, nor for the cost implications and mounting effect on debt.

I applauded him for taking a step in the much-needed direction of encouraging responsibility and payment for usage, but implored him to interrogate the implications of the offer — practical, moral, fair and financial. I asked him to remain in touch so that we could jointly explore this endeavour.  I haven’t heard from him; I hope I do.

This little episode brought into some relief the predicament Eskom finds itself in and the issue of municipal payments via billing charges. The debt owed by Soweto residents to Eskom has decreased to R7.5bn in 2021 from R12.8bn last year, but this was only because the power utility wrote off R5.3bn — money it sorely needs to ensure generation, maintenance and transmission of electricity to the country.

At the time of writing there are 47 municipalities with total arrear debt of more than R100m each. According to Eskom this has grown considerably during recent years and demonstrates the pervasive nature of the problem.

Recent reports noted that the Eskom board has granted its management approval to engage with the City of Johannesburg for the proposed transfer of customers in Eskom’s licensed areas of supply, including Soweto and Sandton, to City Power. “Negotiations have commenced; the Soweto debt balance, regulatory processes, as well as social, human resource and financial implications, are being considered,” Eskom said.

But we are now in the throes of elections and many promises are made, often without foundation. According to a statement issued on Friday, October 8, the City of Johannesburg was in the process of signing a power purchase deal with Eskom that would add additional megawatts to the city’s power supply and increase supply to various communities.

The ANC in Johannesburg subsequently withdrew its statement about a new deal, touted as the panacea to Soweto’s electricity woes. The statement was retracted after Eskom dismissed the claims made as “totally untrue”.

Despite these developments many sections of the media are reporting that the plan is far advanced, according to newly elected ANC mayor Mpho Moerane, who says Eskom’s board has already given the plan the green light and Eskom and the metro council have signed a memorandum of understanding, with the council appointing transaction advisers.

Following hard on this fiction are reports in a host of weekend newspapers that the DA mayoral candidate for Johannesburg, Dr Mpho Phalatse, says it would be good if Sandton’s payments were used to subsidise Soweto residents “to keep City Power going and the lights on”. This emerged from an article written by Antoinette Slabbert for Rapport. She requested comment from Phalatse, who duly contextualised the matter and did not say Sandton must exclusively subsidise Soweto.

The DA’s position on electricity supply in Johannesburg and elsewhere, as represented by Phalatse in the city, reflects a balanced approach, taking several additionally critical factors into consideration. The idea of City Power taking over Eskom supply areas cannot be done unconditionally and the notion needs much interrogation. Under any future solution the national government, as the sole shareholder of Eskom, would need to address historical debt and the inheritance of ageing infrastructure. The municipality would then be at liberty to start procuring, in parallel, supply from a diverse pool of independent power producers.

Addressing the problem also requires dealing with historical issues. Sowetans were promised free service delivery. As the Institute of Race Relations has pointed out in the past, “it was a political decision to do this and it’s now hard to get out of it. And Eskom also can’t afford to give people free electricity indefinitely. It’s hard because if they cut them off then what will be the reaction with an election just a couple of months away.”

My predecessor as DA shadow public enterprises minister, Natasha Mazzone, echoed sentiments on the problem being multilayered. “Collection in Soweto is problematic for a number of reasons such as the culture of nonpayment, poor collections and credit control by Eskom, and slow rollout of prepaid partly because of lack of consultation with the residents.”

These issues need to be resolved, but at the core certain principles need to be observed, mindful of the complexities of redress, the dictates of fairness and the responsibility of consumers to pay (costed subsidies, accounted for), lest the entire edifice comes tumbling down buried under a mountain of  insurmountable debt.

What are these principles? They are encapsulated by the stance articulated by the DA in Johannesburg, that those that can afford to pay must pay for their electricity; those who cannot afford to must be ably assisted. Illegal connections must be ended, and poor revenue collection and breakdown of infrastructure turned around.

It is not DA policy to endorse, in any way, ANC and EFF attempts to have Eskom unload the burden of debt and maintenance on the city and to skew the billing so as to further burden paying customers in Sandton, for example, who run businesses that employ people — a large number of whom are from townships.  We need a cogent cost analysis reflecting current cross subsidisation, financing solutions and the accommodation of registered indigents.

The problem will not be answered by uncosted electoral promises that flout fairness, burden our electricity utility, cripple municipal finances and look to the fiscus for bailouts, as proposed by the EFF and ANC in their scramble for votes.

The reality is that in economics the concept of opportunity costs is central. Making decisions requires trade-offs. For example, products and services gifted to individuals are paid for from other sources. Even when there is no-one to assume the direct costs, society bears the collective burden. That said, socially assisted subsidies are clearly needed and where provided they must be costed and accounted for.

Mechanisms for the provision of subsidies currently exist and these will require renewed, fair and responsible attention. For example, cross-subsidies may well be limited to reducing the tariff for a lifeline quantity of electricity for the lowest income consumers, financed in a way that imposes the least degree of distortion on the tariffs of other customer categories.

Additionally, creative solutions are called for and these include the privatisation of electricity generation. This includes allowing citizens to generate their own power to keep the lights on and changing the law so businesses and individuals can sell the extra electricity they generate on to the grid for others to use. An offer of a R75,000 tax rebate to cover the cost of installing solar systems in homes would take pressure off the grid, and a zero-rated VAT on LED light bulbs and energy-efficient appliances would go a long way to dealing responsibly with the challenges we face. Finally, allowing municipalities to purchase power from Independent Power Producers (IPPs), rather than having to rely on Eskom, is key.

To imagine that this will be resolved over the next three weeks as we approach local government elections is far-fetched. It has been said that every large problem has a solution that is quick, easy and wrong. We should not delude ourselves into believing that problems involving fiscal restraint, the economic wellbeing of the country and the fair apportionment of costs can be solved by one eye on a quick and easy cure and the other on the ballot box.