SA has an abundance of alternative power sources; turning it to everyone’s benefit will require a huge all-round effort 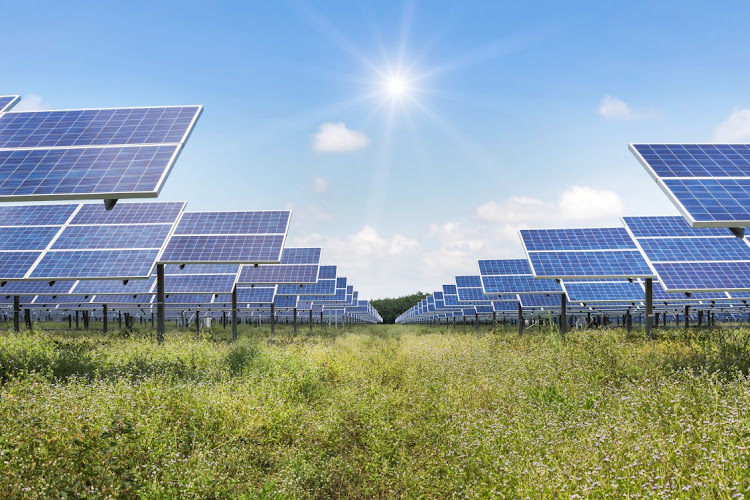 The renewable energy opportunity in SA is huge: the country is going to require 150GW of green energy the next 30 years and the good news is that SA has some of best endowments when it comes to the combined power of wind and solar energy.

Besides having among the highest load factors for wind and solar globally, SA also has abundant space — unlike many countries whose land constraints are a limiting factor — with enough land in its renewable energy development zones for more than 500GW of capacity.

To properly harness this potential, mobilisation of the public and the private sectors to create the enabling conditions and ensure a just transition towards an energy regime dominated by renewables is critical.

The case for a transition is undeniable, particularly as SA’s starting point is unique. It has one of the world’s most carbon-intensive power sectors, with coal-fired plants accounting for about 40% of the country’s emissions. This fleet is also ageing, with about 80% of coal-fired capacity in the country scheduled to be decommissioned by 2050.

In addition, SA has a unique socio-economic profile: more than 10% of GDP is linked to the coal value chain in the northeast of the country, and the best renewable energy resources are in coastal areas. With rising unemployment, an increasing debt to GDP ratio and widening inequality, more of the same simply won’t work .

And as the world moves to a lower-carbon economy SA will increasingly face risks as trading partners implement their decarbonisation goals and regions such as the EU and US introduce carbon border taxes that will threaten more than  20% of SA’s carbon-intensive exports.

This tangible economic consequence of failing to transition is matched by it being more cost-competitive to replace these coal assets with renewable energy than it is to rebuild them.

Moreover, SA and the broader Southern African region are bearing the brunt of climate change. The Sixth Assessment Report released by the UN’s Intergovernmental Panel on Climate Change (IPCC) in August shows that Southern Africa is a climate change hotspot, with the region warming at about twice the global rate.

A  report by the National Business Initiative (NBI), together with Business Unity SA (Busa) and the Boston Consulting Group (BCG), further shows that there are a growing number of extreme weather events in the country. Rising temperatures, greater rainfall variability and drought are affecting SA’s agricultural sector as well as people’s health and wellbeing,  making the need for the move to renewable energy imperative.

There are already signs of this national mobilisation and the market moving in the right direction. The government increased the threshold of embedded electricity generation in June, allowing companies to produce up to 100MW of their own electricity without the need for a licence.

Clearly SA has no choice but to decarbonise, which will. will require intensive investment: the Power Sector Decarbonisation Report by the NBI, Busa and BCG estimates $200bn (about R3-trillion) until 2050, and about 150GW of installed capacity by 2050. This means 4GW of renewable capacity installed every year — or about 10 times the current pace of new build.

Meeting these targets will require access to green finance and matching the sources of finance to the projects, and ensuring that the financing is structured appropriately; in SA's case that would include terms that don’t require sovereign guarantees since the national balance sheet cannot handle more debt. Securing grant funding for projects that are not commercially viable on their own will also be important.

Managing the cost of finance is critical particularly in the export market space and around downstream sectors such as hydrogen. In this space, mechanisms such as bilateral trade agreements will enable cheaper financing. Financing is an essential element in what is effectively a fundamental reshuffle of SA’s power system, but it is only one piece of the puzzle. SA must benefit from the transformation of the country’s power system, making it essential to invest in training and skilling people. The Power Sector Decarbonisation Report found that the transition to renewable energy can create net-positive new jobs if SA localises elements of the renewable energy value chain where it makes sense and effectively reskills the workforce.

Cross-sector collaboration and a conducive policy environment are also vital. This is why the NBI, Busa and BCG have joined forces on the Just Transition and Climate Pathways project to work with leaders across the economy to identify decarbonisation pathways, and how best to ensure a just transition that it is both ecologically and economically sustainable for all.

Partnerships and projects across sectors are going to drive the change, ensuring a fair transition, particularly in terms of investing in and empowering the country’s people to ensure they reap the rewards of this power shift. This is the key to ultimately unlocking SA’s potential as a low-carbon, resilient, inclusive and innovative economy.

• Lakic is MD and partner, and Mudaly project leader, at BCG Johannesburg.

The president says the sector will be the first and quickest to decarbonise, and Eskom will play an instrumental role in achieving this
National
8 months ago
Next Article