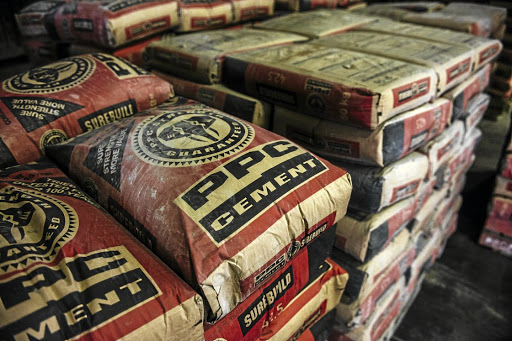 Do you remember that feeling of excitement when the National Treasury banned the use of foreign cement in government-funded projects? PPC’s share price shot up by 9% and Sepaku’s by 6%. Champagne corks were heard popping as the Public Investment Corporation and Sanlam Investment Management increased their stakes in PPC to more than 5%. No more would our cement jobs be taken by foreigners.

Imported cement is very much a regional issue and 83% of it enters through the Durban port, 10% through Cape Town and 7% through Gqeberha. Cement doesn’t travel well, so the radius of impact is about 300km from the respective ports. You are not going to find Vietnamese cement in Gauteng or Pakistani cement in the Free State. The imported cement that does enter the market is mostly destined for independent retailers, with some perhaps ending up in the bigger chains. If any imported cement is sold to government departments, it would be in small quantities.

Is this simply a political play right before elections? Maybe. It’s a good story if you don’t allow facts to get in the way. And besides, we are saving local jobs — unless those people work for Cemza, the new(ish) cement factory in the Coega Special Economic Zone (SEZ). Those 104 jobs don’t matter, because it’s only a R750m foreign investment in our flagship SEZ, ironically supported by a R143m tax incentive from the government, according to the department of trade & industry, as it was then known.

But they don’t use local clinker, a specific requirement if you wish to sell to the government after November 4. A problem easily solved you think, by just buying the clinker locally, from PPC, Sepaku, Lafarge or Mamba Cement. But these competitors happen to have a monopoly on the clinker quarries. So, they import clinker. This is not a secret. It’s on their website and would have been declared to the department when they applied for the tax investment incentive.

Are we seeing a naked abuse of designation to create harm to another local competitor?

Are we seeing a naked abuse of designation to create harm to another local competitor? Because it would seem as if the greatest harm would be felt by this new producer in the Eastern Cape.

On November 11 2020, the Competition Tribunal announced (in relation to a 2008 investigation) “[b]oth AfriSam and Lafarge admitted to contravening the Competition Act. AfriSam settled with the commission in November 2011, paying an administrative penalty of R124,878,870. Later in March 2012, Lafarge also settled and paid a R148,724,400 fine.”

In this case, PPC was granted immunity and paid no fine, because they had made the first approach to the Competition Commission (not because they were innocent). Like a pack of ageing feral chihuahuas, Afrisam and Lafarge then turned on Natal Portland Cement (NPC) and “agreed to co-operate with the [Competition] Commission in its pursuit of the case against NPC”. Which failed. NPC was exonerated in 2020.

But let’s not forget the quality.

Njombo Lekula, MD of PPC, says “these new regulations will ensure that quality levels are maintained”.

The well-worn comment on quality, if true, needs to be dealt with legally. In 2011, NPC took the National Regulator for Compulsory Specifications (NRCS) to court, arguing that the quality of the imported cement from Pakistan was below standard. Lucky Cement (the exporter who was shipping cement to SA at that time), opposed the matter and the NRCS sent people to visit the Lucky plant in Karachi to ensure the cement was produced according to standard.

The case got far enough to have cement from Lucky banned for a short while, but the ban was lifted when the NRCS found “[a]gain, we did the investigation and the results said there was no issue relating to the cement that is imported from Pakistan”.

There is no threat from imports beyond the competition it presents private sector in KwaZulu-Natal. No-one is seriously concerned about imported cement quality except as a tool to keep imports out of the market. If PPC is aware of poor-quality cement being used when people build their houses, then they have a moral responsibility to deal with this, rather than giving them a one-star rating on Yelp.

No, the only loser is Cemza, their 104 employees and the construction industry in the Eastern Cape. Incredibly the same department that financially supported Cemza has now just made it illegal to buy anything from them if you are a government department.