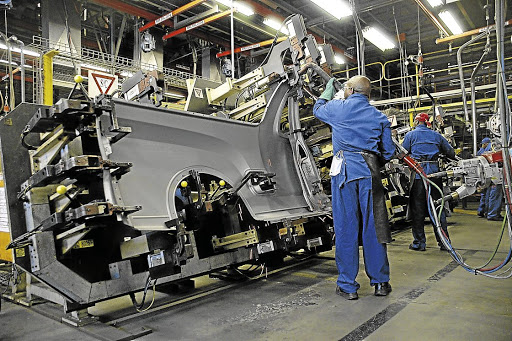 If there is one message coming loud and clear from recent disruptions to motor industry production in SA, it is this: the sooner motor companies buy more components from local suppliers, the better. Unfortunately, there’s a parallel message: it’s not that simple.

July’s riots and cyberattacks on state transport operator Transnet, which caused some motor companies to suspend vehicle assembly and prevented the movement of goods through ports – events whose repercussions are still being felt three months later – are only part of the problem.

Globally, the transport of vehicles and automotive components is being disturbed by a supply chain and logistics crisis. SA is caught in the crossfire.

Much of the crisis relates to the container shipping industry. Having reduced capacity in 2020 because of Covid, it is now struggling to meet renewed demand – a situation made worse, says McKinsey analyst Steve Saxon, by rocketing consumer goods demand in the US. Both container ships, and the containers themselves, are in short supply.

The situation has been made worse by sporadic Covid outbreaks in major ports around the world, forcing them to suspend operations. Amid all this disturbance, some shipping lines are no longer delivering to certain ports, for the sake of efficiency. The cost of hiring containers has risen, on average, by 500%, Saxon says, from $2,000 to $12,000.

Throw into this mix a severe global shortage of computer microchips, which control many of the functions of modern vehicles, and the prospects for motor industry disaster rise further. According to Mikel Mabasa, CEO of the Automotive Business Council, the chip shortage alone could cut international vehicle production this year by over 7-million units.

Wiring harnesses, seat foam, plastics and glass are among other auto components that have also been in short supply at various times this year.

From an SA perspective, the obvious cure is to make all vehicle components locally. Then we wouldn’t have to worry about what’s going on in the rest of the world. We would be self-sufficient.

If only. At present, barely 40% of the ex-factory value of SA-made vehicles is sourced from SA. The rest is imported. The government wants to reverse those numbers. One of the aims of its SA Automotive Masterplan, which came into force in July, is for average industry local content to reach 60% by 2035.

If it sounds simple, it isn’t. SA’s major vehicle manufacturers are all wholly owned subsidiaries of foreign multinationals. Sourcing decisions are taken in Tokyo, Detroit and Munich, not Joburg. While taking account of local needs, they are guided by what is best for the group.

To reach 60%, SA components companies – many also subsidiaries of overseas parents – will have to prove themselves more cost-effective than other producers in their groups. In an industry that manufactures less than 0.6% of the world’s cars and commercial vehicles, that’s quite a challenge.

Some suppliers have overcome it successfully – particularly those whose quality and price competitiveness have won them export orders – but for the sector as a whole, the solution is a bigger industry. That’s why the masterplan wants annual vehicle production to more than treble from last year’s 447,000, to 1.4-million, by 2035.

That’s a long way off. More immediate issues need fixing now. Renai Moothilal, director of the National Association of Automotive Component & Allied Manufacturers (Naacam), says 2021 has been a difficult year for SA components companies. Almost all vehicle manufacturers have reduced production forecasts for the year because of global problems.

Quite apart from the July riots, some have called intermittent shutdowns when imported components have failed to arrive. After all, as former Volkswagen SA MD Thomas Schäfer once said, you can’t build 99% of a car, then add missing bits later. It’s all or nothing.

Sometimes these shutdowns have happened at very short notice, leaving SA components companies to carry the cost of excess stock and suspend manufacturing. Some, requiring imported subcomponents for their products, have suffered supply-inflicted shutdowns of their own.  In some cases, they have airfreighted these parts to SA, at enormous extra cost.

Exports have also suffered. Moothilal says: “There’s been a lot of downward pressure on suppliers, at home and abroad. There’s been significant disruption.”

All of this reinforces his view that components localisation is a must, not a nice-to-have. “Everything that has happened this year proves that we need to push towards 60% at all costs,” he says. “We mustn’t allow ourselves to be in a situation where the industry relies on emergency airfreight to keep going.”

The locally made Ranger is built primarily for export, to over 100 markets around the world
Opinion
10 months ago

Even with no Eskom, UK faces electric-vehicle power challenges
Opinion
1 year ago
Next Article