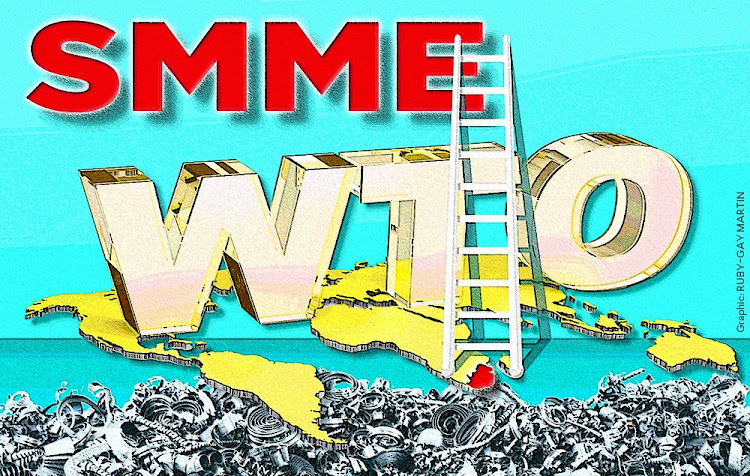 What is the quality control process for a policy to be approved by the cabinet? How was the localisation policy framework and implementation programme focused on small, medium and micro enterprises (SMMEs) approved in October 2020?

The policy, coupled with the list of 1,000 products and services that have to be bought from local SMMEs, has the presidential stamp of approval, which surely means President Cyril Ramaphosa never read the document he put his name to. If he had, we are in more trouble than we realise.

The SMME sector is crucial to SA’s ability to claw itself out of the hole it is in, and rather than providing a ladder to the young  unemployed who are in the hole, this document instead drops in a large excavator so the hole can be dug even faster.

Ramaphosa says on the website of the small business development department: “Last year we undertook to create a larger market for small businesses and designate 1,000 locally produced products that must be procured from SMMEs. As the Covid-19 pandemic forced the closure of global value chains, we have been able to speed up this initiative as the local supply chains became open for locally manufactured products. To this end, cabinet approved the SMME Focused Localisation Policy Framework, which identified the 1,000 products.”

But designation is legally very specific in SA. If a product has been designated, it must contain a minimum local content. The specific levels of local content vary, but the principle does not. If any government department wishes to purchase a designated item, it must comply.

Designation does not apply to the private sector. Here we encounter the concept of localisation. It has no legal definition but manifests in grandiose master plans.

When you are in the room with the president you don’t want to be the CEO who says you are not in on the grand plan. You go along with the farce

There is also a 2011 Local Procurement Accord, signed off by organised labour, “business” and the government. This document seems to be the beginning of localisation and is the foundation upon which the SMME policy is based.

The accord makes some alarming statements, such as the government establishing “standards for measurement and verification of local content in consultation with stakeholders, which will underpin the localisation of public and private procurement”. At the time the accord was signed, 50 companies agreed to allow their supply chains to be analysed to identify imported goods that could be replaced with local alternatives. The 50 turkeys who voted so enthusiastically for Christmas agreed to report annually on their success in achieving these targets.

The SMME policy quotes the accord, but then goes really hard and adds actions that are neither legal nor possible to implement. It also blames the opening of our markets to international competition after the fall of apartheid for the severe negative effect on our manufacturing industry. This is nonsense. We were growing at 5% per annum after joining the World Trade Organization (WTO) in 1995 and starting to open our markets. The drop in growth occurred under former president Jacob Zuma.

The SMME policy fails to appreciate that localisation and growing exports cannot co-exist without export subsidies or an authoritarian state. Localisation and other forms of protectionism drive up prices by shrinking the pool of competition. The companies benefiting from these policies are not competitive beyond the barbed-wire embrace of protectionism.

To fix this you subsidise exports (which is what is being proposed in the SMME policy document). While many companies signed off on the accord, they clearly did not meet their commitments, or it didn’t work. This brings us to the issue of enforcement.

When you are in the room with the president you don’t want to be the CEO who says you are not in on the grand plan. You go along with the farce. You know the government hardly ever does what it says, so it is mostly harmless. Until it isn’t. Until there is a minister in charge determined to actually do what it says.

The SMME policy lays out in detail how localisation is to work. It commits to “enforcing the Local Procurement Accord commitment on private sector procurement from the supported producers”. Those CEOs should be worrying now.

This is where the authoritarian state becomes central. The SMME policy references China as an example of where this has worked. It did, but included unprecedented export subsidies (and prohibited by the WTO), with a coercive police force. That economy is big enough to provide truly enormous subsidies; we can’t even get our special economic zones to function properly.

We also forget that when you lock international trading partners out of your market they tend to do the same to you. The US learnt this the hard way with the 1930 Smoot-Hawley Act, an enormous version of our localisation policies. As the US shut down its markets, trading partners retaliated, devastating American farmers.

Further actions proposed by the SMME policy are the “possible building of adequate supplies for domestic market to allow full prohibition of imports to minimise administrative burden for customs” and exporting into Africa under the African Continental Free-Trade Area, which has not yet seen any markets drop their duties — besides, ironically, SA.

Also proposed are “higher import duties on countries that do not support our value-added industries”, an action not allowed under WTO rules. Anyway, how would we punish the US if they don’t buy from our value-added industries? When president Barack Obama suspended SA from the benefits of the African Growth and Opportunity Act (Agoa) during the chicken dispute in 2015, capitulation was swift and undignified.

Because duties are not enough, the “implementation of outright exclusion of certain products from being imported into SA” is proposed. With few exceptions, there is no legal mechanism to do this.

Cost subsidies are also proposed, including an electricity subsidy. And export duties on raw materials needed for localisation sectors. Former trade & industry minister Rob Davies wanted to implement export duties on iron ore after ArcelorMittal forgot to renew its option for cheap iron ore supplied by Kumba. Now this is being contemplated again, with a tax on chrome ore, and on August 1 there will be export duties on scrap metal.

This document is utter nonsense and I hope no SMME is planning around it. The 1,000 items identified are nonsense. There is no mechanism to force someone to buy a wedding dress made locally or only out of local fabric (it is really on the list). The EU will not throw the doors open for SA if we deliberately shut our doors to them. We have had a trade agreement with the EU since 2000 and have done very little to take advantage of it.

Agoa has offered us duty-free access to the US for more than 5,000 products, and outside the car industry few sectors use the benefits.

We have had the Southern African Development Community treaty since 2005, yet our percentage of exports to the region, relative to the rest of the world, has actually dropped since 2010.

What we have in this SMME policy is a failure to understand the world we are in. It reeks of insecurity and low self-esteem. We should be driving export-led growth, but because we can’t, or don’t know how, we’re too scared to really try.