For business to have a future, it needs to take a firm stand for productive policy for property rights, labour, and a revised empowerment regime 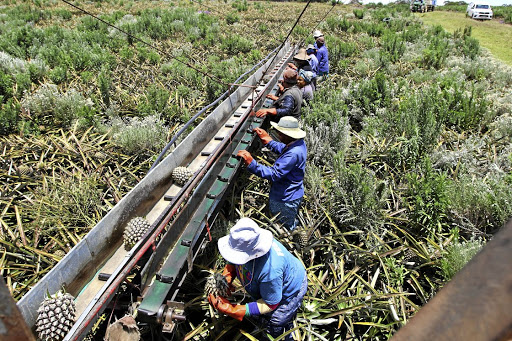 Of these, policy certainty is a rare point on which the government is prepared to admit, from time to time, that it has underperformed. Indeed, it would argue that stable policy would be integral to a “reform agenda”, and would underwrite an investment boom. The country is perpetually “working towards” policy certainty.

Business agrees on the importance of policy certainty. It was no surprise that this was a key message from the North West University Business School on the release of the latest iteration of its policy uncertainty index (it is revealing in itself that such a tool exists). As a Business Day report put it, “SA needs an implementation-led recovery [that] reduces policy uncertainty, promotes investment and boosts job-rich growth.”

For its part, business regularly pleads for certainty, in public and in private. If only the legal and regulatory environment could settle down, so the plaintive reasoning goes, business could learn to operate in it. It’s hardly a courageous line-in-the-sand, but perhaps this is in the nature of business, and perhaps mere certainty is what it believes it might be able to achieve.

So it is with what is arguably the greatest threat to SA’s future, the move on property rights through the government’s push for expropriation without compensation and greater state latitude over private assets. Having already wrought damage on SA’s economy since the ANC pushed it onto the country at the end of 2017, its future application could well be the end of any hopes of significant “investment and job-rich growth”.

Much of corporate SA skirts this, defaulting merely to hopes that the government will declare its intentions. FNB CEO Jacques Celliers said of this recently: “It would be nice if we could have some certainty about policy. Policy in itself is not the problem; the problem is if there’s no certainty in policy. But at the moment we’re not positioning ourselves for unnecessary disruptions and risk. It obviously does have an effect on valuations, because the market needs certainty before they really expand.”

For its part, the government touts the Expropriation Bill as helping bring that elusive certainty into reality. “The bill brings certainty to South Africans and investors because it clearly outlines how expropriation can be done and on what basis,” said public works and infrastructure minister Patricia de Lille.

But does it? The bill sets out the procedure for expropriation, but this is weighted in favour of the state. For example, even though it is possible to dispute before the courts the quantum of compensation offered, an open dispute does not prevent the state from taking the property. An aggrieved former owner may find themself having to fight the case after having lost the property. The pressure to settle will be extreme.

More than this, whatever certainty the bill may promise is compromised by the overall context. It will be implemented by a bureaucracy that has hardly shown itself to be a model of probity or efficiency. Agriculture, land reform and rural development minister Thoko Didiza commented in parliament recently that “it’s clear what we have in large measure are individuals who may not have the requisite skills to undertake this task”. Abuses are inevitable, and if — as rhetoric seems to suggest — this is going to be a much-used instrument, they will be common.

Even in formal terms, the Expropriation Bill has been written — as De Lille has emphasised — with the current constitutional arrangement in mind. Yet this is also slated for amendment; it is quite possible that the bill may turn out to be unconstitutional as a result of changes to the constitution. This may be quite profound, as voices within the ANC have demanded that expropriation be constitutionally assigned to the executive, to the exclusion of the judiciary.

Beyond this, perhaps designated land laws? The assumption of state custodianship of all land along the lines of water or mineral rights? A land court? Unfortunately, there is little sign that any sort of certainty is on the way. Rather, this has the hallmarks of a campaign of position, a series of incremental advances that demand compromises, each concession being followed by another.

Business needs to understand this. It also needs to understand that economic rationality is very much a secondary driver of state action — when it figures at all. The dark shadow of ideology looms far larger. The pursuit of an ideological vision has repeatedly taken precedence over investment, growth and employment. This is far from unique to property rights, as labour legislation, mining regulation, empowerment policy and the politicisation of the civil service have shown.

Indeed, should “certainty” ever be achieved, there is no guarantee it will offer much space for business at all. Certain policy is not necessarily good policy.

If business seeks a future of prosperity for itself and the society it claims to be a part of, it needs to take a firm stand for productive policy for property rights, for labour market flexibility, for a thoroughly revised empowerment regime.

Hoping to fit into what the government produces is a failed and pointless project. That this is an unappealing prospect for business goes without saying. But for a country rapidly running out of options, it’s hard to see an alternative.

• Corrigan is a project manager at the Institute of Race Relations.

If it could just be taken from us, we would not bother to create it, writes Brian Kantor
Opinion
7 months ago

The debated constitutional amendment will create an arbitrary hierarchy of standards, in which South Africans sit at the very bottom
Opinion
8 months ago

The bill will make certain that foreign investors stay away — and that the ANC, in its current form, will enrich itself at black citizens’ expense
Opinion
9 months ago

Only the state will benefit from the bill, not black South Africans
Opinion
9 months ago
Next Article

Call for socioeconomic impact assessment on expropriation without compensation

Call for socioeconomic impact assessment on expropriation without compensation